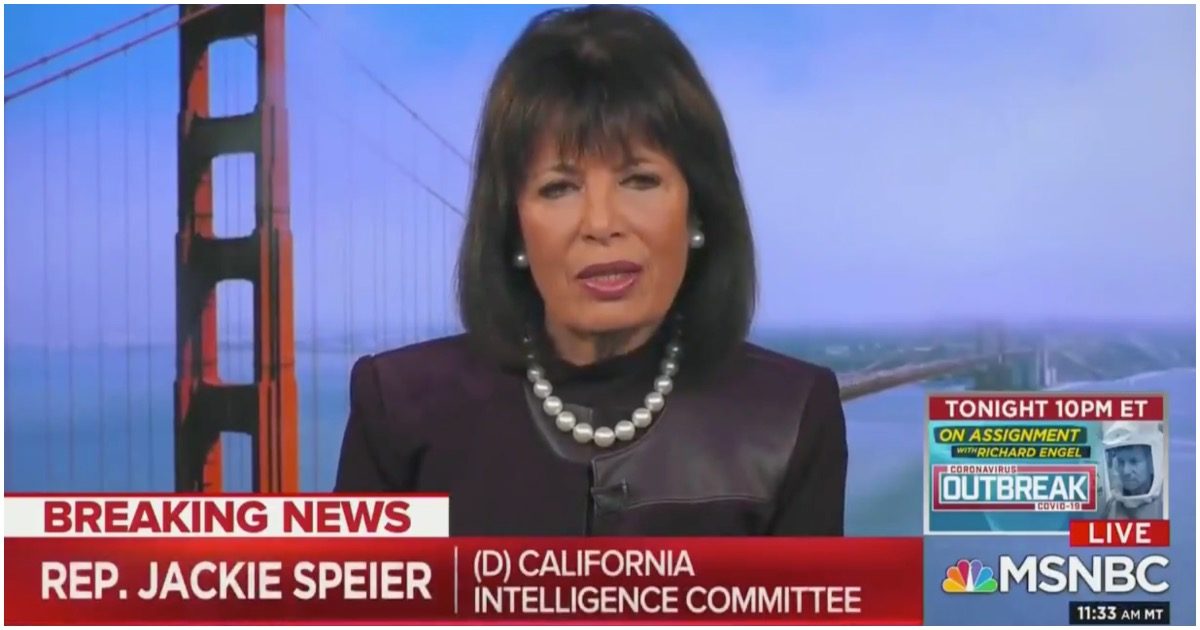 The words “Democrat” and “intelligence committee” go together like peanut butter and mustard: not well. For whatever reason, liberal California Congresswoman Jackie Speier sits on the House intel committee.

This is what she’s bringing to the table, via Daily Wire:

Rep. Jackie Speier (D-CA) told MSNBC on Sunday that President Donald Trump should cancel his campaign rallies due to the coronavirus, but said nothing about the Democratic candidates needing to cancel their rallies.

In a highly politicized interview, Speier said that the biggest problem with the coronavirus outbreak was that the American public does not “have any confidence in the president,” and that Trump was responsible for “more and more people” who are “getting sick,” despite having no evidence to substantiate her claims.

Rep Jackie Speier (D-CA) stokes fears over coronavirus. She claims @realDonaldTrump wants his own supporters to get sick by going to his rallies (though she coincidentally makes no mention of Bernie Sanders or Joe Biden saying they won't cancel their rallies). What a monster. pic.twitter.com/XCv5bQ3Vb1 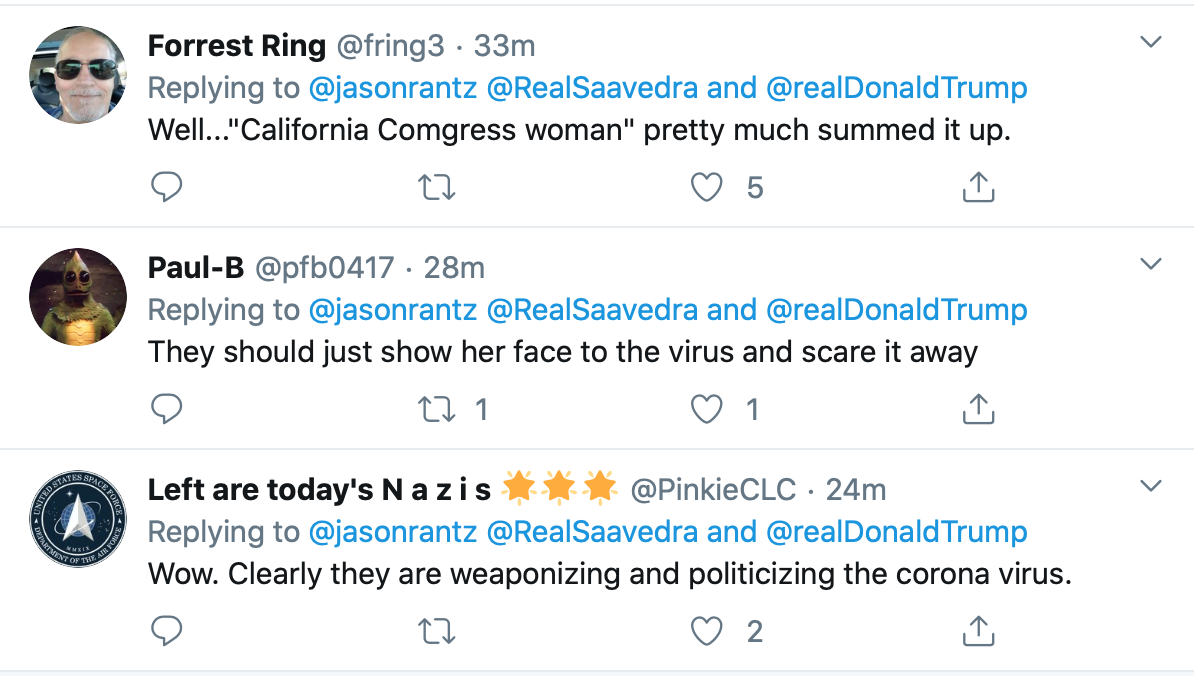 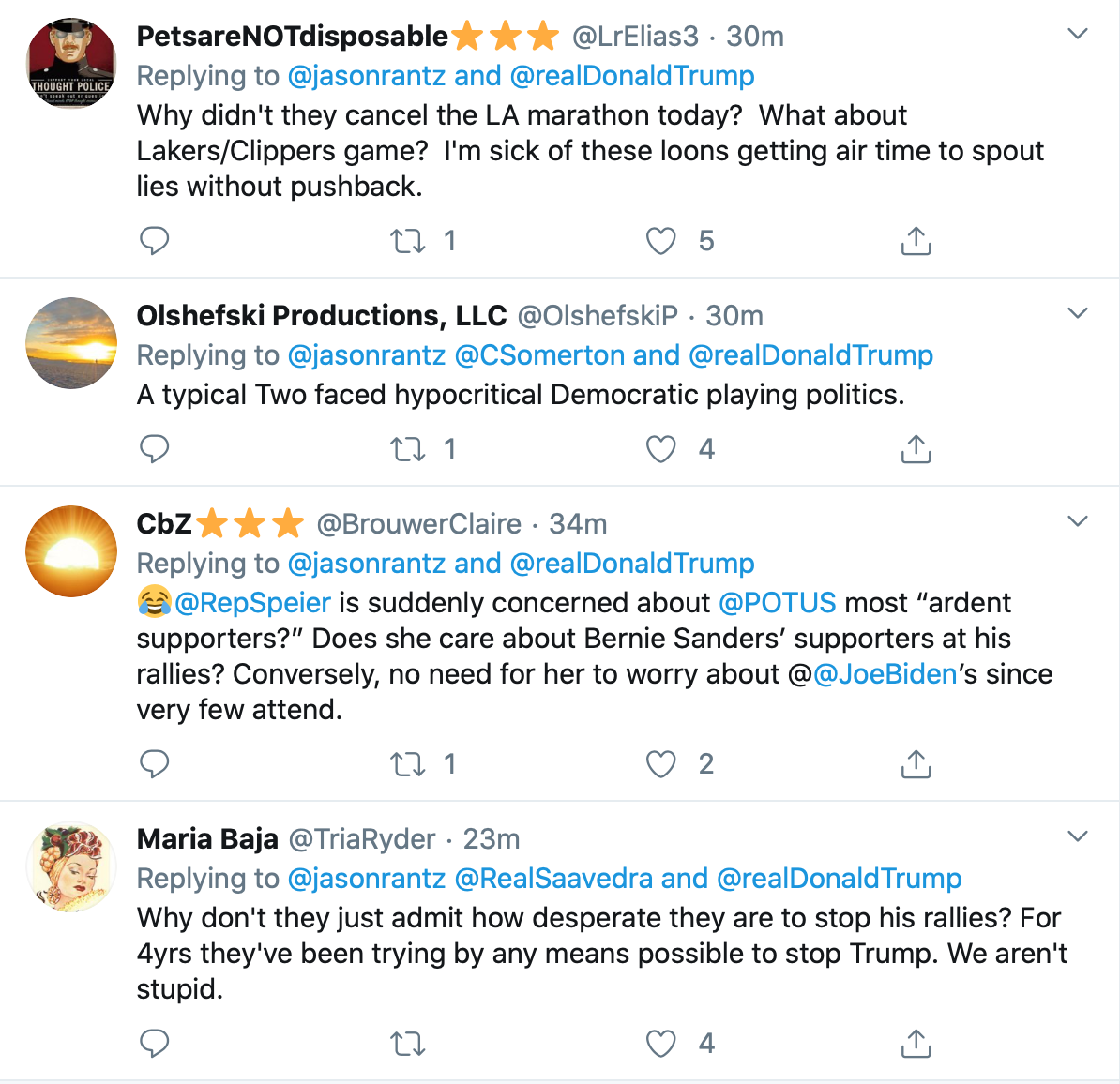 In 2018, Speier defended the actions of a group of aggressive protesters who ran then-Department of Homeland Security Secretary Kirstjen Nielsen out of a Mexican restaurant.

Because Vice President Mike Pence is open about his Christian faith, he’s an easy target for the radically far left mainstream media. Everyone and their mother knows this is the case.

Now that the former governor of Indiana has been tasked by President Trump with leading the Coronavirus response effort, reporters are taking more jabs than usual at the man one heartbeat away from the Oval Office.

For example, it’s so not cool to pray for an end to the spread of the illness.

Mike Pence and his coronavirus emergency team praying for a solution. We are so screwed. pic.twitter.com/p020FBIK9J