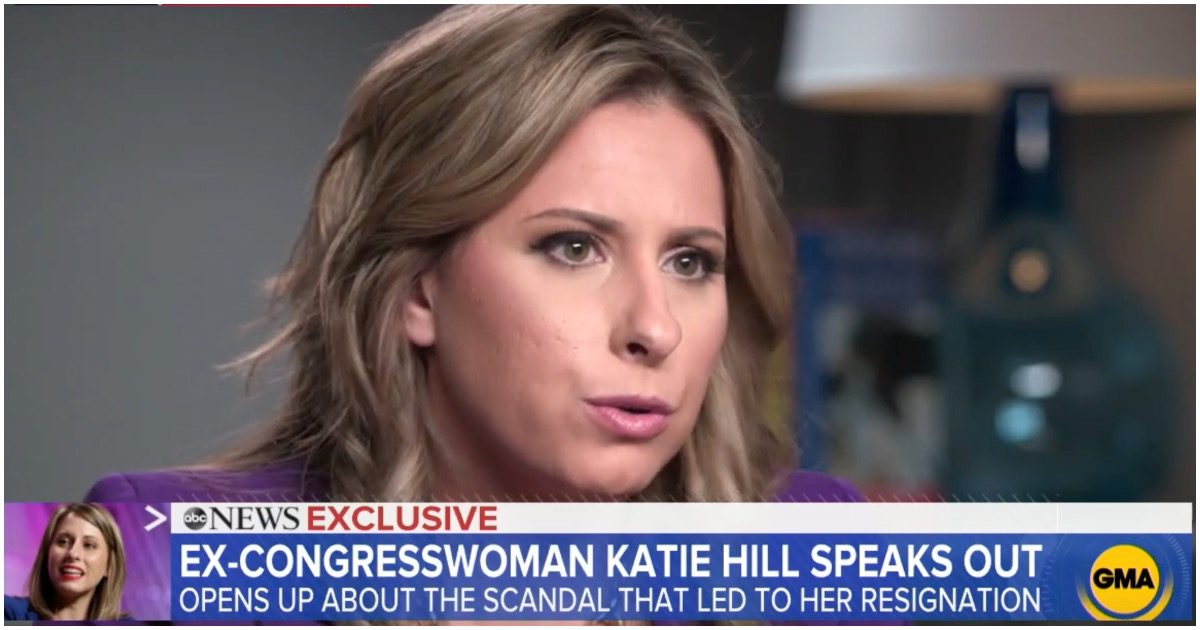 Democrats have a major problem when it comes to accepting responsibility. For example, disgraced freshman Democrat Rep. Katie Hill (CA) wasn’t forced out of office for being bisexual or for being a woman. It was because she had an affair with her staffer.

She broke the rules and suffered the consequences, like many members of Congress before her. But that’s not how Hill sees it. Go figure.

Disgraced former Rep. Katie Hill (D-CA), who was the first woman in U.S. history to resign from Congress over a sex scandal, told ABC News on Thursday that she had to resign because of “biphobia.”

Hill said, “I think a lot of it is, and it’s also partly because I’m a woman, we haven’t seen as many of the sex scandals with women, but the bisexuality is a huge part of it, right? There is a fantasy element of it, there’s biphobia that is rampant still, and certainly misunderstanding of what bisexuality is, and it’s sensationalizing, right?”

She responded, “I’m not writing anything off. I’m not running anytime soon, I can tell you that much. I’m supporting the person who is running to replace me, Christy Smith, with everything that I’ve got.”

Cuomo pressed, “But politics, it could very well be in your future? You’re not giving me a no?”

"It was the toughest decision I've ever made," says fmr. Rep. Katie Hill of her resignation, adding "I know that it was the right one."

Asked by @ChrisCuomo if she'd ever consider a return to politics, and Hill leaves it open: "I'm not giving you a no."https://t.co/TVfyHeONWj pic.twitter.com/mKyzQlgL12

According to fellow freshman Democrat Ilhan Omar (MN), Hill was the victim of a “smear campaign.”