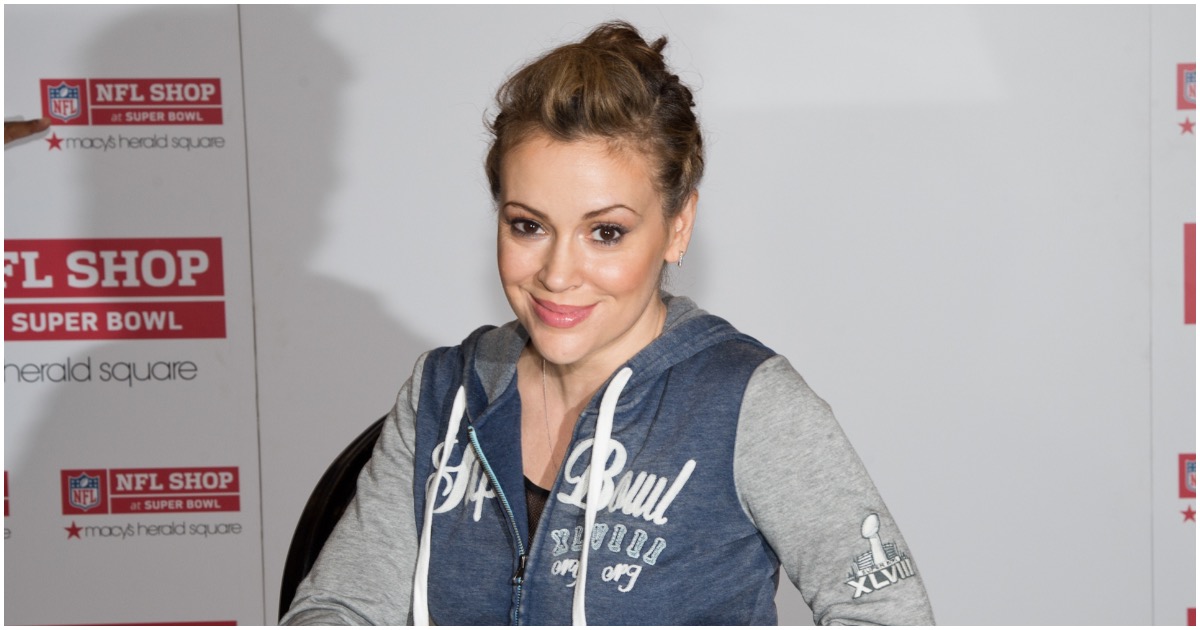 The far-left, Trump-hating actress has decided to put out a map for filmmakers letting them know where it’s “safe for women to work” in America.

You know, the United States – that crazy, third-world country!

Pro-abortion activist and actress Alyssa Milano has unveiled a map of the United States that she insists will help Hollywood studios, actors, producers, and directors decide “where it is safe for women to work” after several states passed laws restricting abortions after a heartbeat is detected.

“Following the passage of a number of draconian attacks on a pregnant person’s right to choose in 2019, including those in states in which the motion picture and television industries conduct significant business, it has become apparent that those in our industry need to be able to make informed choices,” Milano and activist co-author Ben Jackson said in a statement published by Variety, which released the map along with Milano and Jackson.

Alyssa Milano has inserted herself as the face of the left-wing campaign against the abortion laws being enacted in several states this year. The Insatiable star went so far as to launch a sex strike last month in protest of Georgia’s abortion law.

Just the other day, pro-Trump actor Jon Voight delivered a heartfelt message to his “fellow Americans” about the greatest president since Abraham Lincoln.

Voight noted, “I know that you’ll agree with me when I say that our president has our utmost respect and our love. This job is not easy for he’s battling the left and their absurd words of destruction. … Our nation has been built on the solid ground from our forefathers and there is a moral code of duty that has been passed on from President Lincoln.”

He added, “Don’t be fooled by the political left because we are the people of this nation that is witnessing triumph. So let us stand with our president, let us stand for this truth that President Trump is the greatest president since Abraham Lincoln. God bless America.”

Now I understand why Republicans like to discredit actors and our political views.

“Stay in your lane, Jon!”
“Has been!”
“F-lister trying to stay relevant!”
“Nobody cares what an out of touch actor thinks!”

Now I understand why Republicans like to discredit actors and our political views.

“Stay in your lane, Jon!”
“Has been!”
“F-lister trying to stay relevant!”
“Nobody cares what an out of touch actor thinks!” https://t.co/LcIGgBO9az

Bill De Blasio Just Got WORST News of His Career, & It Should All But End His 2020 Hopes