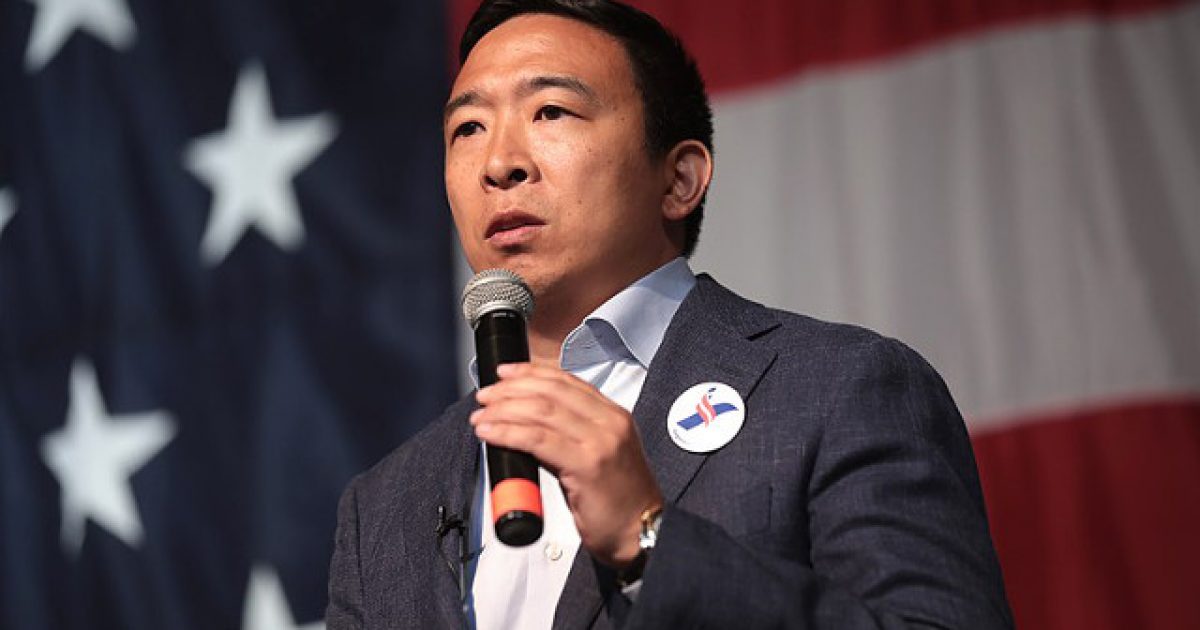 Andrew Yang, former Democrat candidate for president and candidate for New York mayor, was roasted by the left for tweeting out his support of Israel amid a stream of missile attacks by Hamas terrorists.

On Monday, Yang tweeted out that he is “standing with the people of Israel” in the face of the rocket attacks:

“I’m standing with the people of Israel who are coming under bombardment attacks, and condemn the Hamas terrorists. The people of NYC will always stand with our brothers and sisters in Israel who face down terrorism and persevere,” Yang tweeted.

I'm standing with the people of Israel who are coming under bombardment attacks, and condemn the Hamas terrorists. The people of NYC will always stand with our brothers and sisters in Israel who face down terrorism and persevere.

Naturally, the Jew-hating left immediately went on the attack, calling Yang every vile name in the book.

Bishop Talbert Swan, president of the Springfield, Massachusetts, chapter of the NAACP, also attacked: “The systemic oppression, institutional discrimination, and violent persecution of Palestinians are crimes against humanity. It is wicked, evil, and inhumane.”

Folks on the right side of the aisle, though, were gratified and surprised by Yang’s support for Israel.

Do yourselves a favor and look at the quote tweets and replies to this tweet.
Dems are now legit pro terror. https://t.co/RBIGnpmyNA