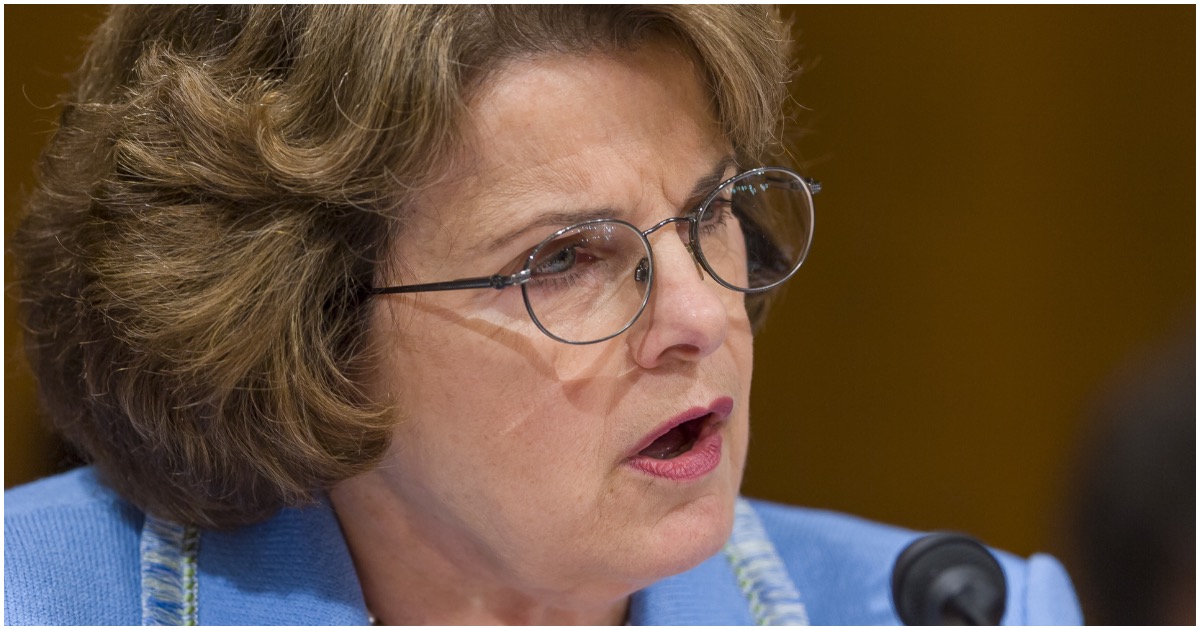 In case you aren’t aware, 50 people were recently murdered at a mosque in New Zealand.

Democrat Senator Dianne Feinstein (CA), a liberal to her core, wants the United States to follow in the footsteps of New Zealand and ban “military-style semi-automatic” weapons.

In other words, Dianne wants to ban guns.

In country after country, massacres are followed by sweeping changes to gun laws, as logic would dictate. The United States needs to follow these examples and take action to protect Americans from this deadly public health scourge.

In country after country, massacres are followed by sweeping changes to gun laws, as logic would dictate. The United States needs to follow these examples and take action to protect Americans from this deadly public health scourge. pic.twitter.com/yEOscNh6on

“In Australia in 1996, 35 people were killed when a gunman opened fire with two semiautomatic assault rifles. In the days following that massacre, Australia banned all semiautomatic rifles and put in place a licensing system.

“In country after country, massacres are followed by sweeping changes to gun laws, as logic would dictate. If there’s a problem – particularly a deadly problem – it’s contingent upon policymakers to find solutions.

“Here at home in America, since the 1999 shooting at Columbine High school, we’ve suffered through at least 227 school shootings that killed 143 and left 290 wounded. And those are just shootings at schools. We’ve seen massacres in offices, churches, theaters, concerts, malls – all the places that Americans should feel safe, not threatened.

“Despite all these tragedies, Republicans in Congress have repeatedly blocked each and every proposal to enact responsible gun safety laws. Even though 90 percent of Americans support universal background checks, even that proposal is routinely opposed. The power of NRA over Republicans is second to none, and until that hold is broken, Republicans refuse to act.

“To New Zealand and every other country that took steps to reduce gun violence, congratulations. The United States needs to follow these examples and take action to protect Americans from this deadly public health scourge. Without action, our country will continue to face these tragic events over and over again.”

Dianne is calling for a ban on the Second Amendment. It couldn’t be more clear.

Like the rest of her liberal contemporaries, Feinstein doesn’t understand the meaning, and the importance, of the right to keep and bear arms.

It’s sad, really, that a person can be elected to such a high office and not comprehend American values.

This is clearly an impulsive move from the New Zealand government. Liberals will be elated.