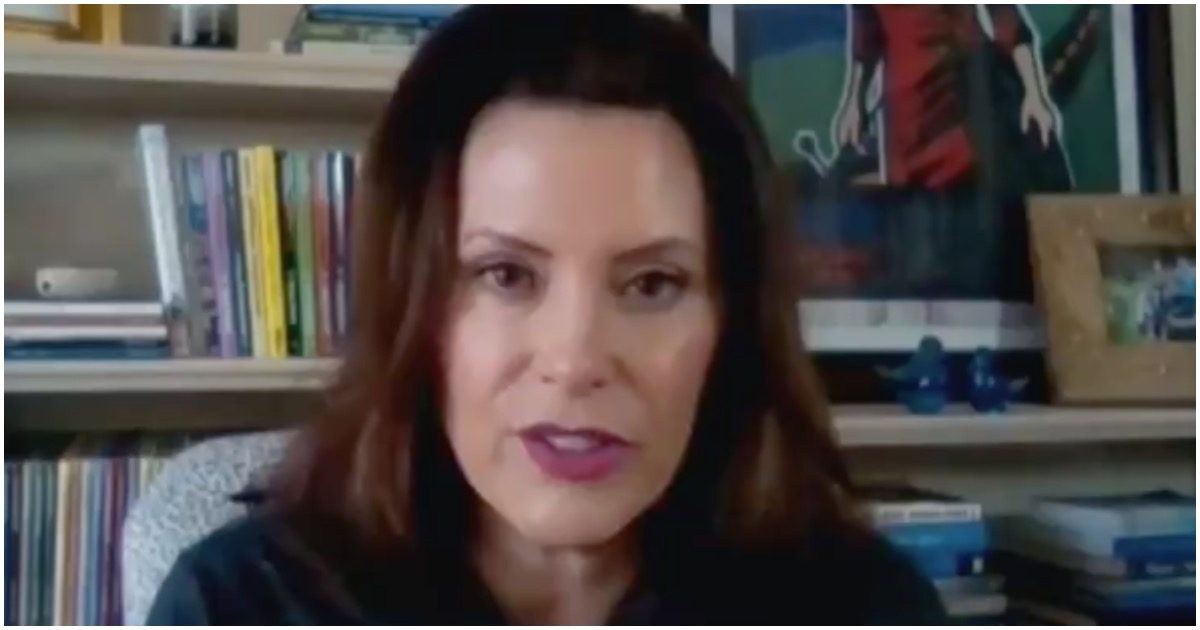 Michigan’s Gretchen Whitmer has been making headlines for all the wrong reasons, as of late. Her draconian lockdown measures have ticked off residents of the Wolverine State to no end.

And now, she has something to say about Tara Reade that will have conservatives scratching their heads – considering liberals told us to “believe all women.”

Michigan Gov. Gretchen Whitmer said she did not give Supreme Court Justice Brett Kavanaugh the presumption of innocence when he was accused of sexual assault because not all allegations are “equal.”

“We need to give people an opportunity to tell their story. But then we have a duty to vet it. And just because you’re a survivor doesn’t mean that every claim is equal,” Whitmer, a sexual assault survivor, told CNN’s State of the Union on Sunday.

Over 150,000 people have signed a petition to boot Whitmer from office.

The petition, which had 160,000 signatures as of Monday, claims the Democratic governor’s actions are causing more people in the state to get sick from the coronavirus.

“Closing and banning various non essential business’s and activities while leaving others open. Further promoting the pandemic,” it reads. “She has lied since day one with her #Fixthedamnroads which she has failed to do anything in this regards. The response to #PFAS was negligence and completely removing funding for #PureMichigan clearly shows her lack of anything positive for the State of Michigan.”

Whitmer stated in the order, “Michigan has the third highest number of COVID-19 cases in the country, and we’re still on the upswing. Data shows that most Michiganders are doing their part by staying home and staying safe. That’s good, but we must keep it up. When we do, we can save lives and shorten the amount of time we’re working through this crisis, which will be good for our families and good for our economy in the long-run.”

China ‘Intentionally Concealed The Severity’ of COVID-19 to Hoard Supplies, US Intel Suggests