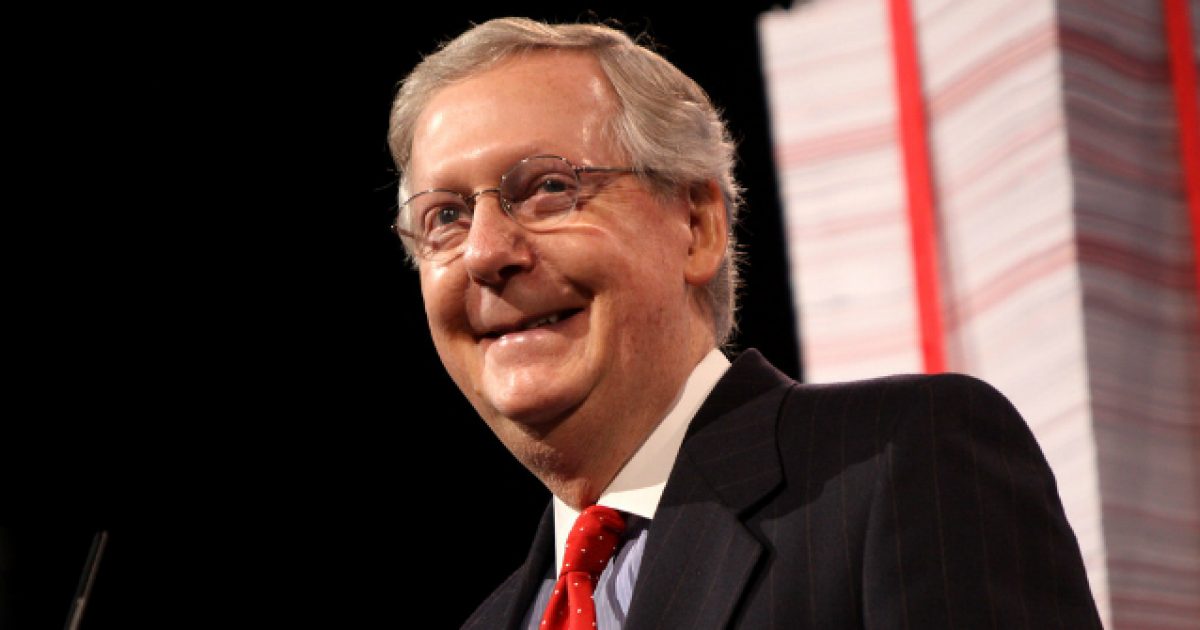 The Democrat House managers that are prosecuting President Trump in the Senate impeachment trial are none too happy with Senate Majority Leader Mitch McConnell’s rules for the trial and responded with a rather curt letter expressing their feelings about the whole thing.

According to the managers, McConnell’s rules are rigged in favor of Trump.

The resolution showed a condensed, two-day calendar for each side to give opening statements, at 12 hours per day. After the four days of opening arguments, senators would be allowed up to 16 hours for written questions to the prosecution and defense, followed by four hours of debate. Only then would there be votes on calling other witnesses—something that, if approved, would likely happen next week. At the end of the deliberations, the Senate would then vote on each impeachment article.

“For weeks, Mitch McConnell has asserted that he planned to follow the ‘Clinton precedent’ for structuring President Trump’s Senate impeachment trial. It is now clear why he hid his proposed resolution all this time and released it the night before the trial is set to begin,” the managers wrote in a statement Tuesday morning. “His resolution deviates sharply from the Clinton precedent—and common sense—in an effort to prevent the full truth of the President’s misconduct from coming to light.”

The managers argued that during the 1999 impeachment, Clinton provided “more than 90,000 pages” of documents before the trial took place, “all of the witnesses had testified before the Senate trial began,” and the only issue was “whether they would be re-called to testify once more.”

“Here, McConnell is trying to prevent the witness from ever testifying, and the public from ever finding out what they have to say,” they wrote. “If those efforts are successful, this will be the first impeachment trial in American history in which the Senate did not allow the House to present its case with witnesses and documents. The McConnell Resolution goes so far as to suggest it may not even allow the evidence gathered by the House to be admitted.”

The letter went on to say, “That is not a fair trial. In fact, it is no trial at all.”

McConnell is to formally introduce the proposal he’s developed for the rules to govern the trial on Tuesday. He has claimed repeatedly these rules will mirror those used when President Bill Clinton was impeached back in 1999.

It’s ironic the left is crying for a fair trial against Trump when in reality they didn’t give the president much of a fair shake during the initial investigation and have really made a stretch in attempting to impeach him on the two articles they passed.