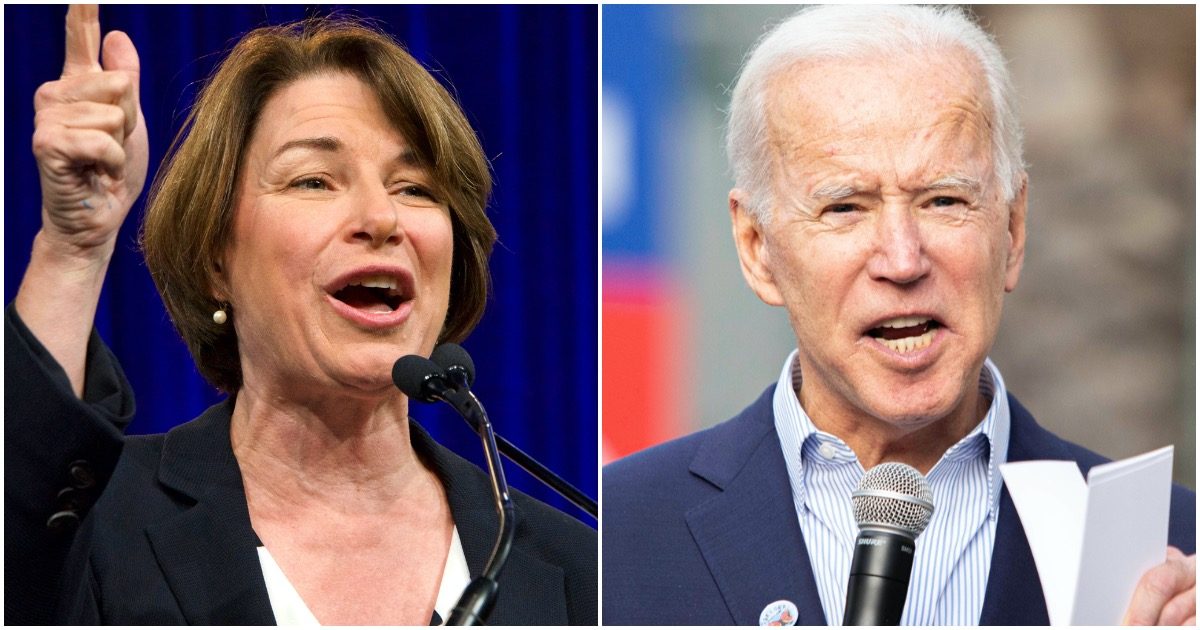 Future Democrat presidential nominee Joe Biden has said for a while now that he’d choose a woman to be his vice presidential running mate. Not because he wants to, no doubt. But because it is politically expedient.

However, insiders believe that Minnesota Senator Amy Klobuchar could be the one.

While there is no evidence the campaign has made a final decision, the New York Post reports that Senator Amy Klobuchar (D-MN), who ran in the presidential primary as an outspoken Democratic moderate, has been emerging as a favorite among some campaign and party insiders.

Because Twitter and other social media platforms are largely left-leaning and dishonest, they might say this video of Joe Biden telling a man “he’s full of s—” is manipulated.

After the name calling and finger pointing, the former vice president told a female campaign aide to “shush.”

If President Trump did that to a woman we would never hear the end of it.

Flashback: Biden Says Climate Change Is to Blame for Cancer & Genocide In Darfur