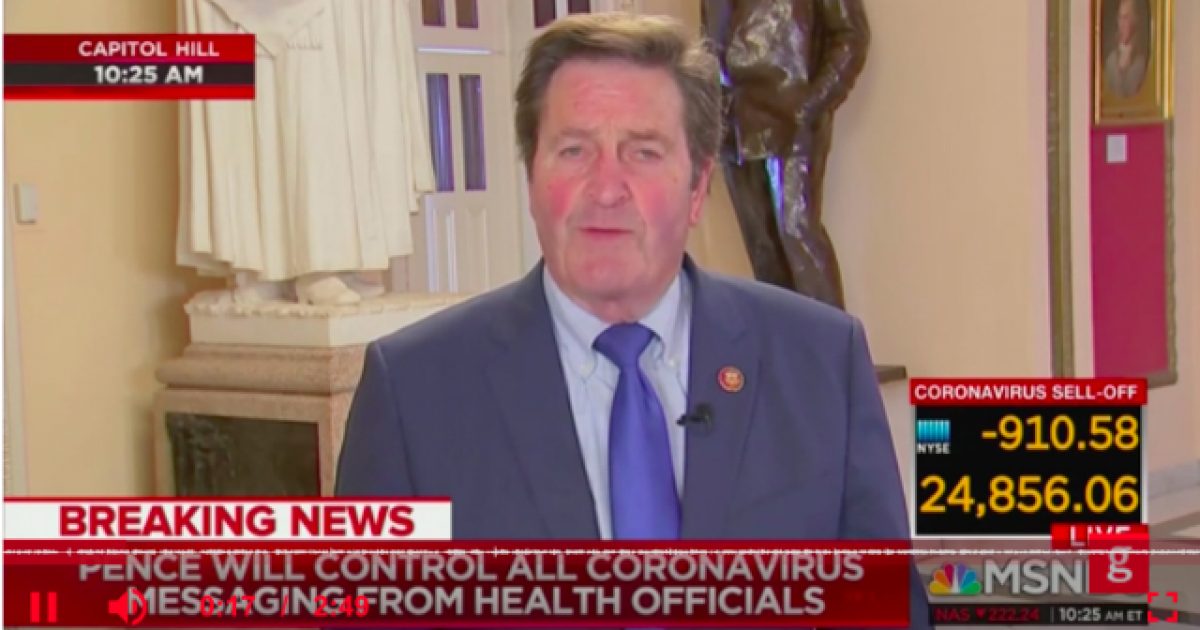 A House Democrat once again put that infamous left-wing tolerance on full display by issuing a threat of a “serious altercation” with President Trump’s son, Donald Jr., over his claim that Democrats are hoping the coronavirus outbreak will damage the president politically.

Rep. John Garamendi, California, made an appearance on MSNBC Friday morning where he chatted about the government’s response to the virus and what they plan to do in order to contain it and preventing it from spreading across the country.

The anchor, Hallie Jackson, asked him for his thoughts on Trump’s eldest son saying the Democratic Party hopes coronavirus “comes here to kill millions of people so it can end the president’s streak of winning.”

“He shouldn’t be near me when he says that,” the California congressman responded, “There would be a serious altercation.”

You can view a clip of the statement by Garamendi here.

“That’s just totally outrageous. I can assure you there’s not a Democrat or Republican in Congress that wants anybody to be sick,” he added, “What we are concerned about is the administration’s response to this illness. We’ve known since December that there was an epidemic in China … Don Jr. better not get any place close to me. It would not be a healthy situation.”

When Garamendi’s office was contacted by media officials for a comment about the statement, there was no immediate response. The Secret Service also opted not to reply.

The comment that Garamendi was referring to was one that Trump Jr. delivered during an appearance on Fox & Friends earlier that morning.

“The playbook is old at this point, but for them to try to take a pandemic and seemingly hope that it comes here, and kills millions of people so that they could end Donald Trump’s streak of winning is a new level of sickness,” Trump Jr. said.

“There’s no question that the threat of coronavirus can destabilize the market but the fact that the Democrats are seemingly hoping for this to happen, just like you’ve seen them over the last year, pray for a disaster to happen in the economy, meaning people lose their Jobs, their mortgages, their livelihoods, so that they can own Trump somehow, is absolutely insane,” he added.

Is it really so far-fetched to think there are some radical Democrats out there who would love to see the coronavirus outbreak have a negative impact on the president? Seems fairly logical to assume some of these people are indeed thinking just that.

After all, the left has proven time and again that they hate the president more than they love America.