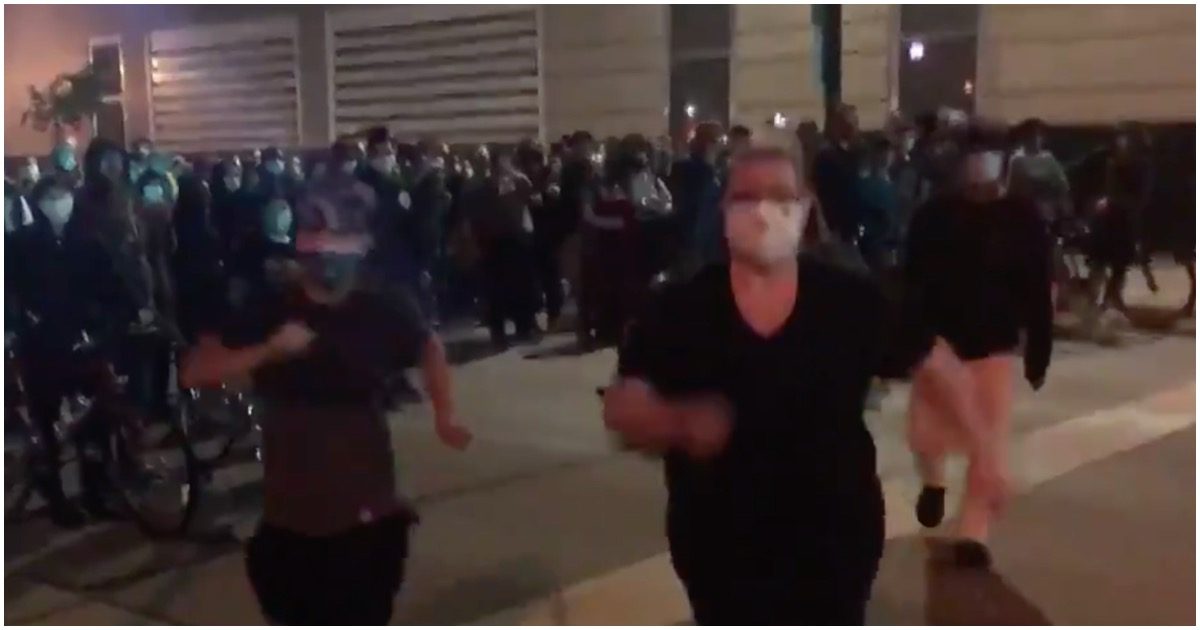 Not even Democrats are safe from Democrats. Even though all liberals who hold office will likely vote for Joe Biden in November, they can just as easily take a pounding from a left-wing mob as conservatives.

All the guy did was take a picture of radical leftists wildin’ out. Because of that, he was severely beaten.

A Democrat state senator landed in the hospital after being attacked by nearly a dozen “protesters” in Madison, Wisconsin Tuesday night.

State Sen. Tim Carpenter, 60, said he stopped to take video of the unrest taking place near the state Capitol – unrest that also left two statues destroyed and multiple businesses vandalized – when he was jumped by a mob of rioters.

I believe this is State Senator Tim Carpenter. Minutes earlier he told us the protesters assaulted him. Then he collapsed walking towards the Capitol. We called paramedics. An ambulance is here now. pic.twitter.com/uUSdKyQ1hp

I took this pic- it got me assaulted & beat up. Punched/kicked in the head, neck, ribs. Maybe concussion, socked in left eye is little blurry, sore neck & ribs. 8-10 people attacked me. Innocent people are going to get killed. Capitol locked- stuck in office.Stop violence nowPlz! pic.twitter.com/Zw2hdfYG66

Bevelyn Beatty told off a white “woke” protester in Seattle. She hit all the right notes, slamming the left for their nonsense and hitting Joe Biden in the process.

Beatty said, “If you want to look at the devices of the devil, you have to look at the Democrat Party. he uses who he may and unfortunately it’s the Democrat party… The left is so radical. They want you to ban the police. They just want Trump to give up his authorities and just let them run and turn our country into a communist country […] Why in your right mind would you defund the police?”

A huge mob just attacked "Small Tender" business demanding a release of man who went into the business and started a fire, the business is located inside the 6 blocks of #CHAZ a 'no-cop zone'. Reporting on the ground in #Seattle pic.twitter.com/GeTRheQXFo