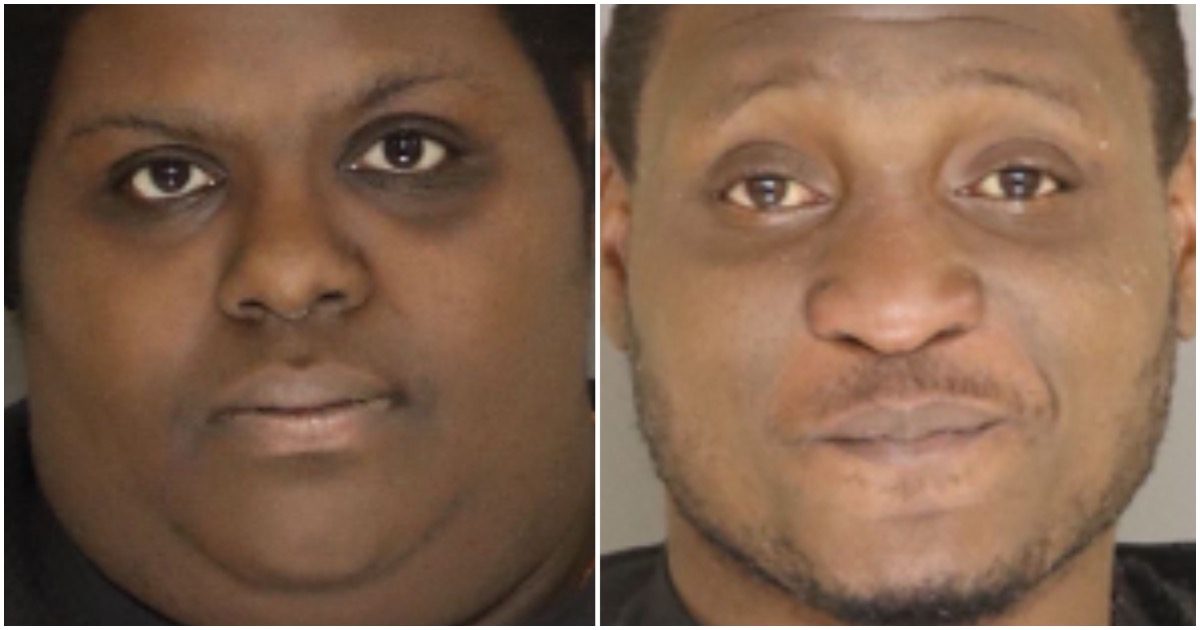 So many hoaxes, so little time! What is it with people thinking they’ll get away with this stuff? Is it a sense of entitlement, like they must be believed no matter (or how far-fetched) the situation?

Check this out, via The State:

A candidate in a crowded South Carolina mayoral race is accused of orchestrating an elaborate ruse for sympathy votes using a fake kidnapping and Facebook Live.

Sabrina Belcher, 29, was arrested and charged with conspiracy and filing a false police report after Sumter police say she filmed herself being kidnapped, beaten and robbed on Facebook earlier this week.

Christopher James Eaddy, 34, was also charged with conspiracy in the case, the Sumter Police Department said in a news release. 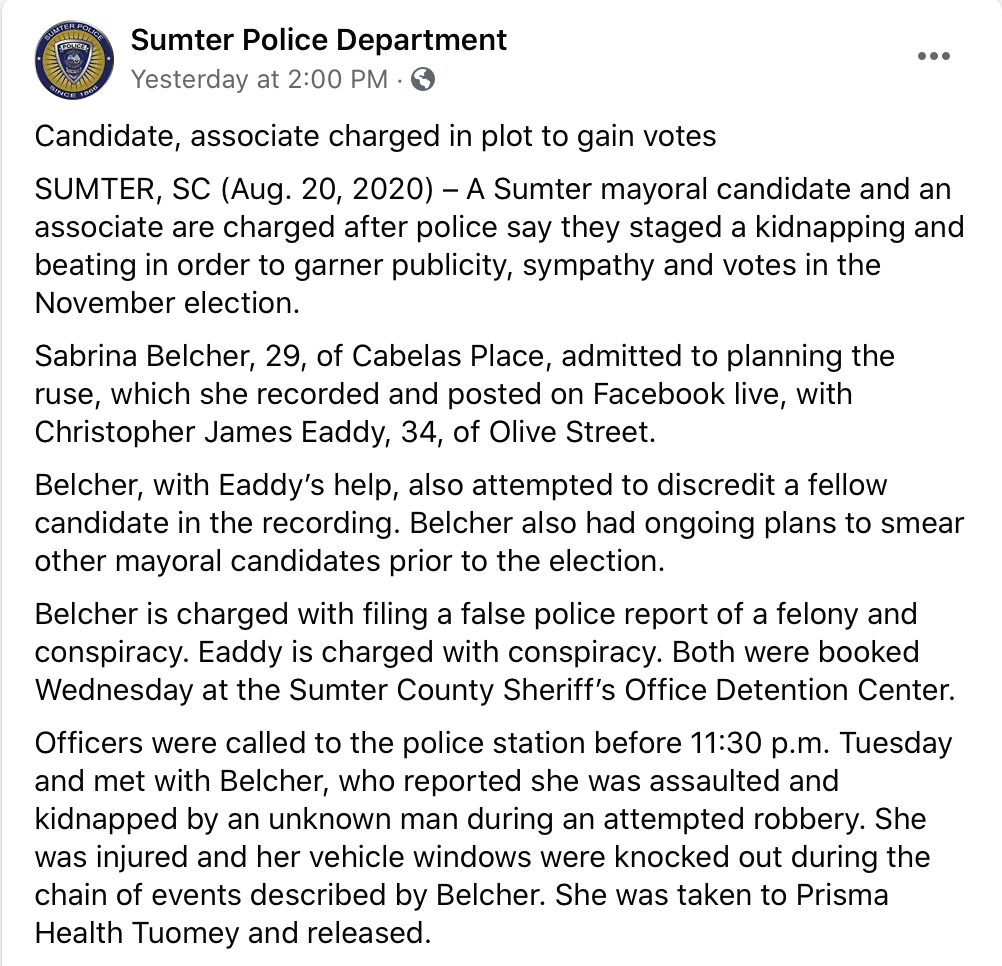 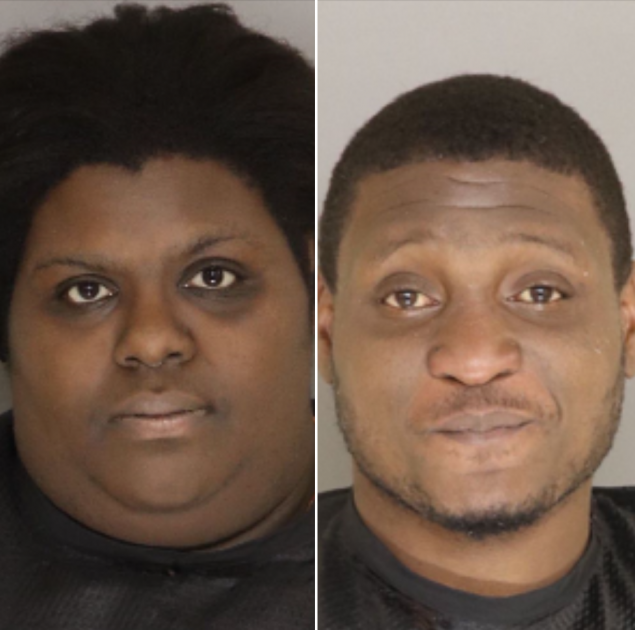