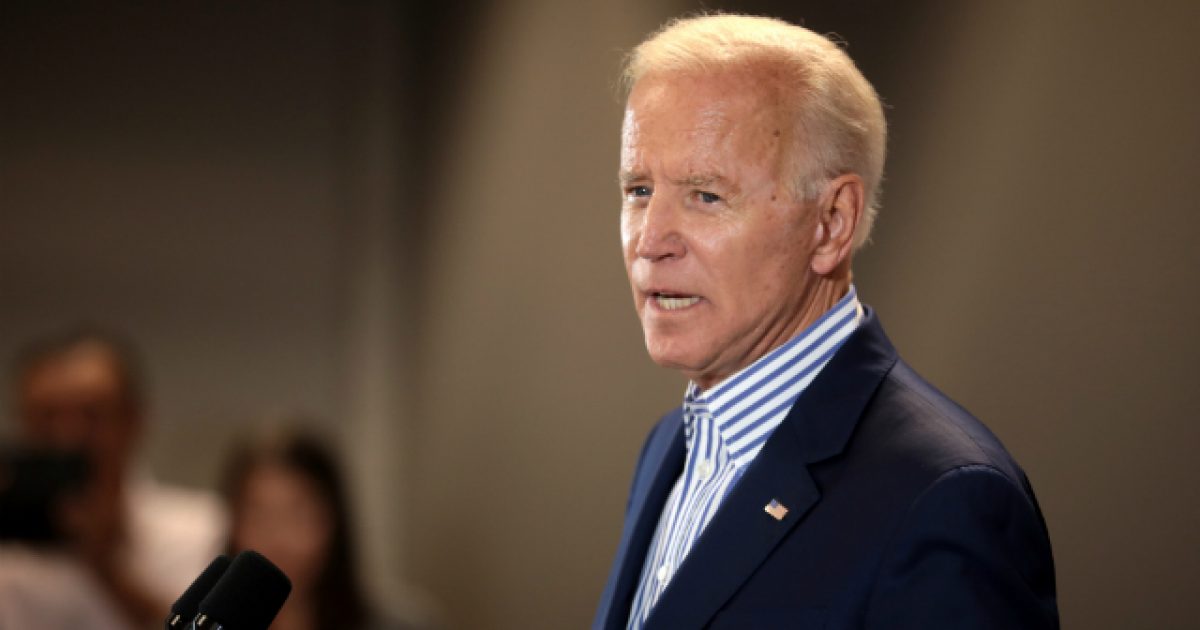 After a stunning loss in the Iowa caucus, Democratic presidential candidate Joe Biden seems to be doing a lot of work to try and assuage folks who might be thinking his campaign is coming to a swift, decisive end.

According to Biden himself, his campaign is raising a half a million dollars a day, thus proving that folks across America still love Crazy Uncle Joe.

Here’s more on that from The Washington Examiner:

“I have enough money. I’ve been raising about half a million dollars a day. We’re doing fine,” Biden told CBS Monday morning.

With financial disclosure documents now due monthly, as opposed to quarterly like they were in 2019, Biden, a faltering 2020 Democratic presidential candidate, has yet to reveal his fundraising haul from January.

During his CBS interview, Biden continued to retreat from the fiery political attacks he had lobbed at Sanders, the Vermont senator, and Pete Buttigieg, 38, the former mayor of South Bend, Indiana. Sanders and Buttigieg finished in the top two in Iowa and are tracking to perform as well in New Hampshire, while the 36-year Delaware senator is cratering in most polls.

Biden also dismissed concerns over another Democratic challenger, one who has a lot of financial resources to pour into his own campaign. That’s right, we’re talking about “Mini Mike” Bloomberg.

“I’m not concerned. By the way, the only baggage he has is all that money, man. He’s already spent $300 million on advertising,” Biden stated.

Whether he wants to admit it or not, Biden is hurting, and the pain he’s feeling may not necessarily be financial, but the votes. The fact he lost to both Bernie and Buttigieg is telling. It’s a statement by modern Democratic voters that they are sick of the establishment in their own party.

Rep. Ilhan Omar Calls For GI Bill To Be Given To All Americans, Even If They Didn’t Serve