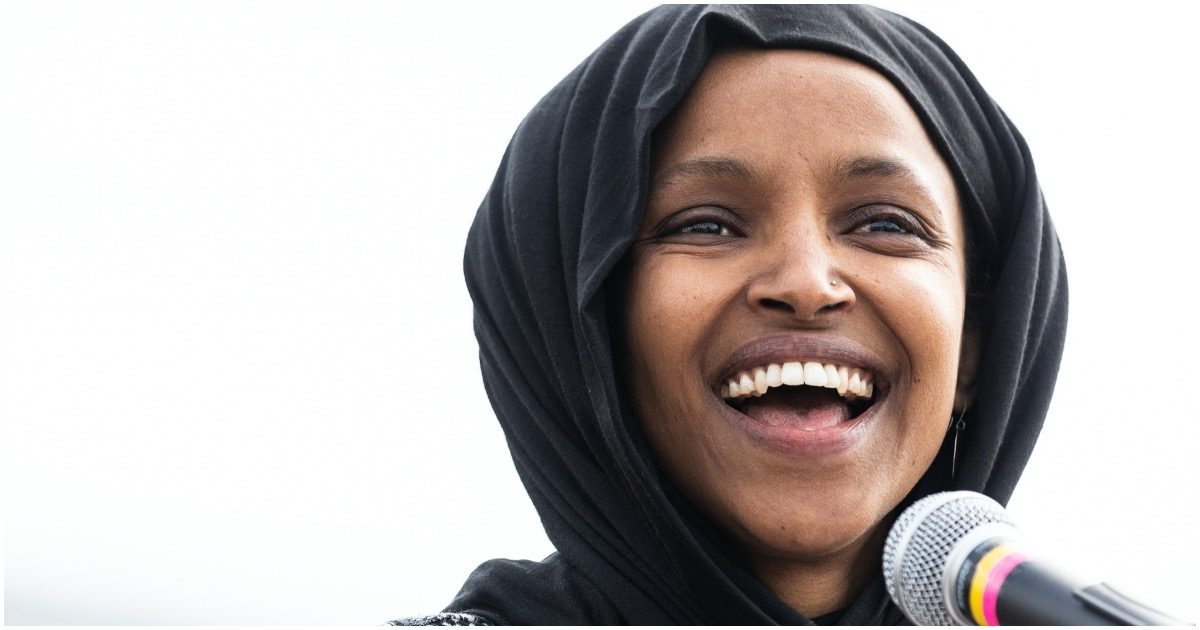 Rookie lawmaker Ilhan Omar (D-MN) continues to chop off more of her nose to spite her face. Like AOC (D-NY) and Rashida Tlaib (D-MI), Omar can’t keep from tripping over her own feet.

Reports of Omar’s relationship with Mynett, a Washington, D.C., consultant who specializes in fundraising for Democrat lawmakers, first made the rounds after Mynett’s now-ex-wife alleged in August divorce filings that her then-husband engaged in an extramarital affair with Omar. The New York Post first reported that Dr. Beth Jordan Mynett said her husband Tim admitted to having an affair with the Minnesota Democrat in April. Dr. Mynett also alleged her then-spouse made a “shocking declaration of love” for the “Squad” member and dumped her soon after.

FEC campaign filings show that Omar’s campaign has paid Mynett’s firm, E Street Group, $215,000 in the fourth quarter of 2019, bringing the total money paid to the firm to $525,000. The payments could land the freshman congresswoman in hot water.

Got married! From partners in politics to life partners, so blessed. Alhamdulillah ❤️

It’s looking more and more likely that Ilhan married her brother and abused immigration laws. You know, because she loves America so much.