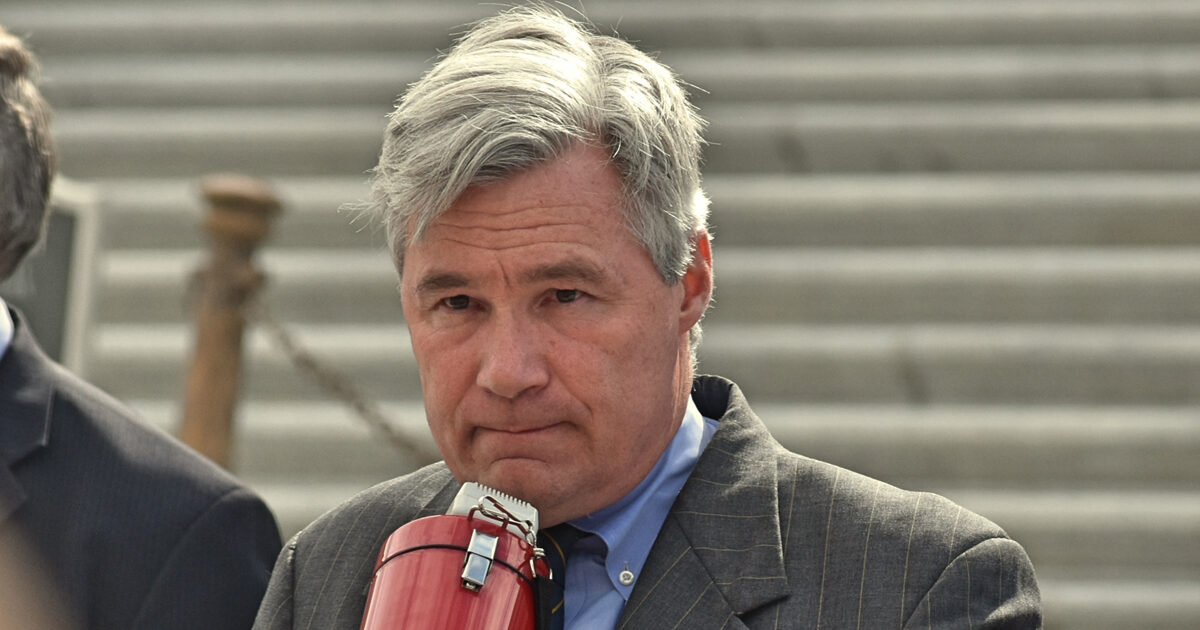 On Monday, Democrat Rhode Island Senator Sheldon Whitehouse took criticism for belonging to an all-white country club despite his history of calling Trump, Trump voters, and Republicans a bunch of racists.

In the past, Whitehouse accused Trump of “toiling to deepen the fault lines in American life” and added, “We can and must do better to root out systemic racism in its many forms and meet America’s full promise of justice for all.”

But despite his continued taunts against the right, Whitehouse belongs to the all-white private Bailey’s Beach Club in Newport, Rhode Island.

Oddly, Whitehouse doesn’t seem to see any conflict between his accusations at others and the racist club to which he belongs.

In 2017, the Sen. told GoLocal’s News Editor Kate Nagle “I think it would be nice if they (Bailey’s Beach Club) changed a little bit, but it’s not my position,” and added that he would quietly “take that up privately” when asked if he would urge the club to accept blacks, the Daily Wire reported.

But last Friday, the site again asked Whitehouse about his membership in the exclusive club, a membership that he did change since 2017 when he was last asked about it.

“Back in 2017, you had expressed concerns about the membership of the all-white Bailey’s Beach Club. You said that you hoped it would become more diverse. Now, your family’s been members; your wife is one of the largest shareholders. Has there been any traction in that? Are there any minority members of the club now?”

Whitehouse again responded that the club is “working on that.”

Seriously? It’s been four years and they still haven’t been able to figure out if they can allow blacks to join?

That hardly seems likely, does it? The truth is they have no intention of changing their racist policy.

Imagine if a Republican belonged to a club like this. Would the media give him a pass year after year like this?

Republicans Do Better on Citizenship Test than Democrats, But Most Voters Fail