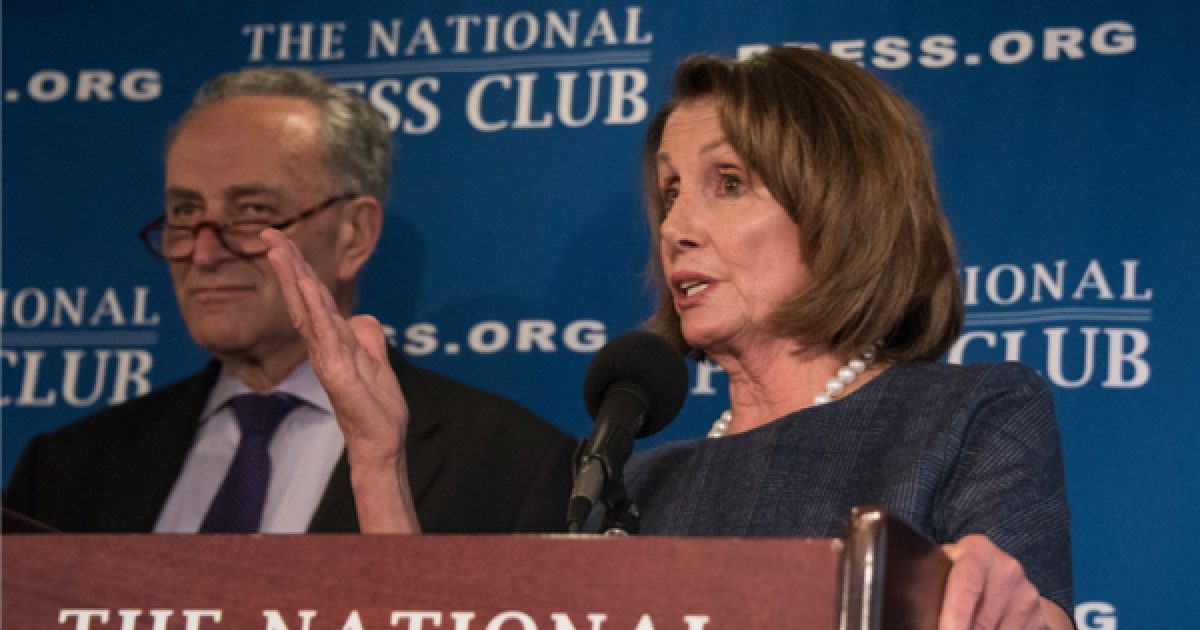 Last week, President Trump himself looked to be softening his tone when it comes to the subject of the incoming democratic majority in the House of Representatives.

To be fair, the President seemed downright cordial in addressing his hopes for a productive 2019 in Congress, in which he emphasized that his position in the future negotiations of our nation was still preferable to that of the democrats, simply because he will soon be able to act as a retaliatory dealmaker.  In other words, the democrats are coming to POTUS and the House GOP with their ideas and they will be met at the door with a list of further demands.

This sudden change of tone for the President had give the casual American observer a bit of hope that we could avoid the much dreaded governmental deadlock of an angry, left-leaning House.

Unfortunately, as the democratic agenda becomes more and more clear, these hopes are fading.

Democrats will waste little time in probing the Trump White House once they take power over the House of Representatives in January, according to Axios.

The outlet reports Democrats are considering launching at least 85 investigations into President Trump and high-ranking officials, including the firing of then-FBI Director James Comey and whether the president violated the Constitution’s emoluments clause. Further, Democrats will likely seek information on the administration’s family separation policy and relief efforts for Puerto Rico’s Hurricane Maria.

However, Rep. Adam Schiff (D-CA), who is expected to become House Permanent Select Committee on Intelligence chairman, claims Democrats aren’t going to launch the investigation and subpoenas all at once. Instead, lawmakers will prioritize which focus-areas are of utmost importance to them and then work there way down the long list. Schiff says Democrats will also probe President Trump’s urging of the postmaster general to hike Amazon’s shipping costs.

These investigations are likely auxiliary to those already being undertaken by Special Counsel Robert Mueller and his merry band of spooks.

So much for harmonious politicking in 2019…

Stacey Abrams Taking Action In Hopes of Forcing Runoff In Georgia. Here’s What She’s Up To.