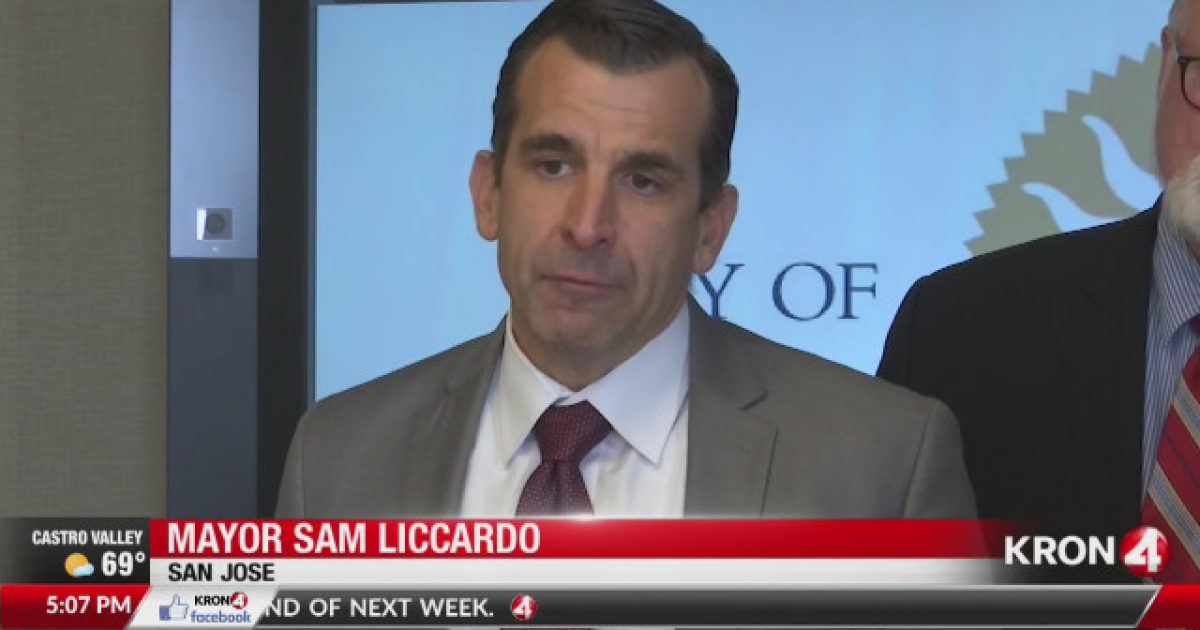 The Democratic mayor of the city of San Jose, California is catching tremendous heat over accusations that he ignored COVID-19 restrictions after he urged citizens in the city to “cancel the big gatherings this year and focus on keeping each other safe.”

Well, we all know how much the radical left in this country loves hypocrisy, so not shocked by this a bit. This really demonstrates how liberal “elites” view themselves as above the law, while they look at their constituents as peons.

NBC Bay Area reported Monday that Democrat San Jose Mayor Sam Liccardo appeared to “have broken health protocols in celebrating Thanksgiving with family members outside of his own household.”

Reporters from the local affiliate learned that he celebrated Thanksgiving with his elderly parents, which his office later confirmed, with “an unknown number of other guests.”

His office did not disclose how many people attended the dinner, how many different households attended, and whether those who attended wore masks.

“This is a private event – not public,” Liccardo’s chief of staff, Jim Reed stated. “We are going to redraw the line between what is personal and what is public because that line has become blurred.”

On the day before Thanksgiving, Liccardo tweeted, “Cases are spiking, in part because we’re letting our guard (and masks) down with family & friends. Let’s cancel the big gatherings this year and focus on keeping each other safe.”

Cases are spiking, in part because we’re letting our guard (and masks) down with family & friends. Let’s cancel the big gatherings this year and focus on keeping each other safe https://t.co/oHFXb6DZ82

“While few details about Liccardo’s Thanksgiving celebration have been released, it appears the gathering did elude guidelines frequently touted by the Santa Clara County Public Health Department, aimed at slowing the spread of COVID-19,” NBC Bay Area said in their report. “A recent spike in coronavirus cases has prompted tighter restrictions across the Bay Area and the potential for California to exceed its capacity for hospital beds within weeks.”

You know, it’s become rather common place to see Democrats in positions of power issue edicts, orders, and mandates that clearly violate the Constitution, while conveniently opting to ignore those same restrictions themselves.

It’s almost as if they enjoy lording power over other people, like a bunch of socialist authoritarians or something.

At the end of the day, lockdowns and restrictions on small gatherings are measures that don’t seem to be preventing the spread of COVID-19. This is about power. Plain and simple.