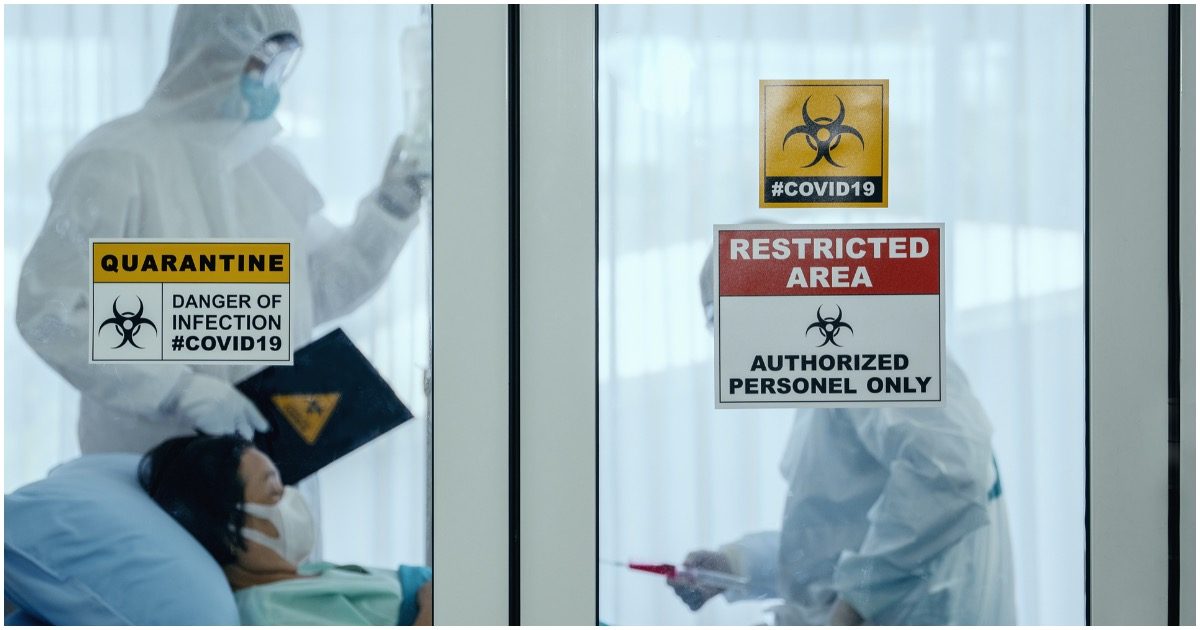 Guess who would win the popular vote if the election were held on Tuesday? Donald Trump. Why? Because the bluest and most densely populated cities in this country are sanctuary cities, and they’re all on lockdown.

To be sure, the Democrats in some states recognize both the threat and opportunity of lockdowns come election time. In Texas, the Democratic Party is already suing to force elections to go to mail-in ballots, skirting the voter ID laws they hate so much. That would make it easier to cheat and steal elections, which is always their goal.

In the current coronavirus lockdowns, it’s worth taking a look at the policies of the outbreak’s epicenters.

New York City has the most cases by far. It’s also the nation’s largest city, and it’s the nation’s largest sanctuary city. Under its socialist Mayor Bill DeBlasio, New York has relaxed all kinds of laws related to security and basic law and order. It now has thousands of coronavirus cases on its hands, and its leftwing mayor has so bungled his clownish response that his own staff are in near revolt against him. It may seem harmless to elect fools when times are good, but crises call for leadership. Bill DeBlasio is so incompetent now even New York’s Democratic Gov. Andrew Cuomo calls him out.

After New York, surprisingly Washington State has the second-most COVID-19 cases. Why would this be? Washington is only the 13th most populous state but Seattle, the state’s largest city, is a major and very proud sanctuary city with a large population of Chinese nationals. Many of them are here on H1B visas and will return to mainland communist China at some point. The Emerald City is also home to a terrible homeless camping policy that has rendered the city filthy and its local media worried that it’s dying long before anyone ever heard of coronavirus.

California has the nation’s third most coronavirus cases. It’s a sanctuary state thanks to its leftwing assembly and governors. There, Los Angeles and San Francisco are both home to teeming populations of hundreds of thousands of illegal aliens and homeless, and if you’ll recall the heady days of a few months ago, epidemiologists were worried about typhus and the Black Death making a comeback there. They were right to worry, they just didn’t anticipate a deadly virus sweeping in on the wings of Chinese communist lies. Those diseases still could erupt. The lockdowns don’t really apply to people who live under bridges. San Francisco and LA also have huge populations of Chinese nationals.

After California, the numbers drop significantly state by state. Michigan, Florida, Illinois and Texas are all high population states but each has less than half of California’s coronavirus numbers. Is it significant that the top three coronavirus states also tend to be among the bluest states, and their cities, the most defiant sanctuary cities with the largest number of migrants from communist China? While Texas and Florida have conservatives at the helm and Michigan has trended red in recent years? No one should politicize this disease, but policies really do matter. That’s why we argue over them.

Texas has relatively few coronavirus cases so far. The state of 28 million has fewer than 500 cases as of this writing. Dallas and Houston are epicenters there, which is no great surprise given their sheer size. Both are also home to massive illegal populations, large Chinese populations and they are huge sanctuary cities. The conservative state legislature passed a law banning sanctuary cities in 2017. Democrat-run Houston was one of the first cities to take that law to court to block it.

Florida also has relatively few coronavirus cases so far compared to its population. It has also banned sanctuary cities.

One decision can change everything. The United States once shunned communist China and recognized Taiwan as the Republic of China. President Jimmy Carter, Democrat, normalized relations with communist China (and broke off official recognition of Taiwan) in 1979. Since 1980, when the U.S. first granted communist China “Most Favored Nation” trade status, immigration from mainland communist China to the United States has skyrocketed. Since 2018 communist China sends more of its citizens here than any other nation including our neighbor Mexico. According to the Migration Policy Institute, the Chinese population in the U.S. doubled from 1980 to 1990 and doubled again up to 2000. Chinese nationals from the communist mainland receive about half of the H1B visas for workers with special skills, mainly in technical jobs. They stay for a few years and then return to live under communism. And when living in the United States, they live primarily in two states: New York and California. The cities they primarily migrate to: New York, San Francisco, Los Angeles, Seattle, Chicago and Boston. New York has the highest number of Chinese nationals living there, at nearly 600,000 — so many that it has nine Chinatowns. New York is also the coronavirus epicenter. The American cities with the highest number of Chinese nationals are the cities with the most coronavirus cases and they are all sanctuary cities too.

We need to get our heads around a few very important things. Policies matter. The Democrats push urbanization, mass transit, lax homeless sanitation policies, and open borders. The Democrats and globalists have pushed lax immigration policies while watering down assimilation to the American way of life. In fact, they denigrate the American way and keep pushing us to be more like borderless Europe (which has re-instituted borders since the coronavirus hit). The Democrats and globalists have made communist China the world’s manufacturing hub. In the coronavirus world, all of those ideas have been proven to be deadly. Or they soon will.

Joe Biden wants to take millions of Americans’ cars away from us and force us to live in dense cities and ride trains to work every day. Unless those trains are coated in copper, they will be incubators for this virus and the next one. The Democrats and media railed against President Trump when he shut down travel from China back in January. That single policy slowed the spread of COVID-19 immediately and saved lives.

Look around you. Did you see empty bread shelves at the grocery stores a couple of weeks ago? Were you out of work or worried about your job? No. The economy was roaring and there were more jobs than job seekers. All of that is gone now and we have the Chinese communists to blame for it. Right behind them, we have lawless leftists and their sanctuary states and cities to blame too. The Democrats should change their name to the Pandemic Party. That’s what their policies really lead to. The cities and states they run are the sanctuaries for the coronavirus pandemic.