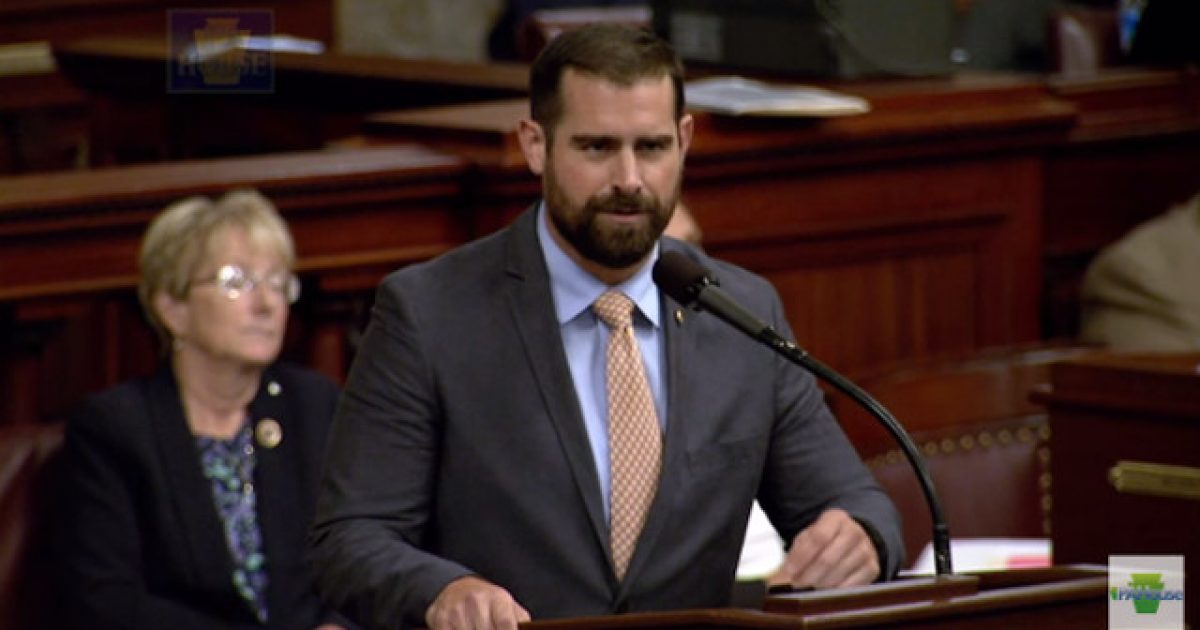 When you work in the government in any capacity, it means that our hard earned tax dollars go to pay your salary, and as such, there are certain kinds of behaviors and expectations that we all want to see from those who have been charged with the task of representing us and our interests.

One of those expectations is to act with mature professionalism, which is a concept that seems completely foreign to a Pennsylvania state representative who decided to welcome Vice President Mike Pence to his district by posting a picture flipping him off and telling him to “get bent, then get out.”

OFFICIAL WELCOME: Vice President Mike Pence let me be the first person to officially welcome you to the City of Brotherly Love, and to my District in the State House!

To be clear, we’re a City of soaring diversity. We believe in the power of all people to live and to contribute: Black, Brown, Queer, Trans, Atheist, Immigrant, we want you and we’ll respect you.

So keep that in mind while you’re here raising money to attack more families, spread more lies, blaspheme with your bible, and maybe even talk to a woman without your wife in the room. We have plenty of them, and they’re pretty much all more powerful and more real than you have ever been.

So…get bent, then get out!

OFFICIAL WELCOME: @MikePenceVP let me be the first to officially welcome you to the City of Brotherly Love and to my District! We’re a City of soaring diversity. We believe in the power of all people: Black, Brown, Queer, Trans, Atheist, & Immigrant. So…get bent, then get out! pic.twitter.com/G9eLrXgeVn

Reactions to Sims blabbering is a bit mixed, with those who have strong ties to the LGBTQ movement giving him the thumbs up, but more, shall we say, “moderate” common sense type folks disapproving of his lack of professionalism.

He's so brave and edgy! He also looks like the cokehead douchebag in Die Hard and has a really ugly tie.
Never forget, liberals hate you. They don't want to debate or even defeat you, they want to destroy you. https://t.co/frRvET4QPg

OMG! HE TOOK A PICTURE OF HIMSELF FLIPPING OFF A CAMERA, UPLOADED IT TO TWITTER AND THEN DIRECTED IT TO MIKE PENCE. SO MUCH BRAVERY! HONESTLY, THIS LEVEL OF HEROISM IS OVERWHELMING. MIKE PENCE HAS PROBABLY RESIGNED BY NOW. https://t.co/X5ATxE0CD2

He is flipping off YOU.

When I tell you they hate you, you protest.

You don't want it to be true, so you convince yourself that what you see is an illusion.

They really hate you.

And they will hurt you if they can.

This fellow seems to have a lot of issues going on and might benefit from taking a nice, long vacation from social media. It seems the over saturation of news media and the politicization of every corner of existence is beginning to take its toll on the mental state of America and it’s representatives.

The bottom line here is that there are certain standards of professionalism and respect those we put in office are expected to hold and this guy falls way, way short of that bar.

It’s not like he was somehow attacked by Pence. Sims just went off for no real reason.

Hopefully he’ll learn this lesson and restrain himself in the future.

Antifa Obtains List of ICE Agents From LinkedIn, What They Did With it is Super Dangerous