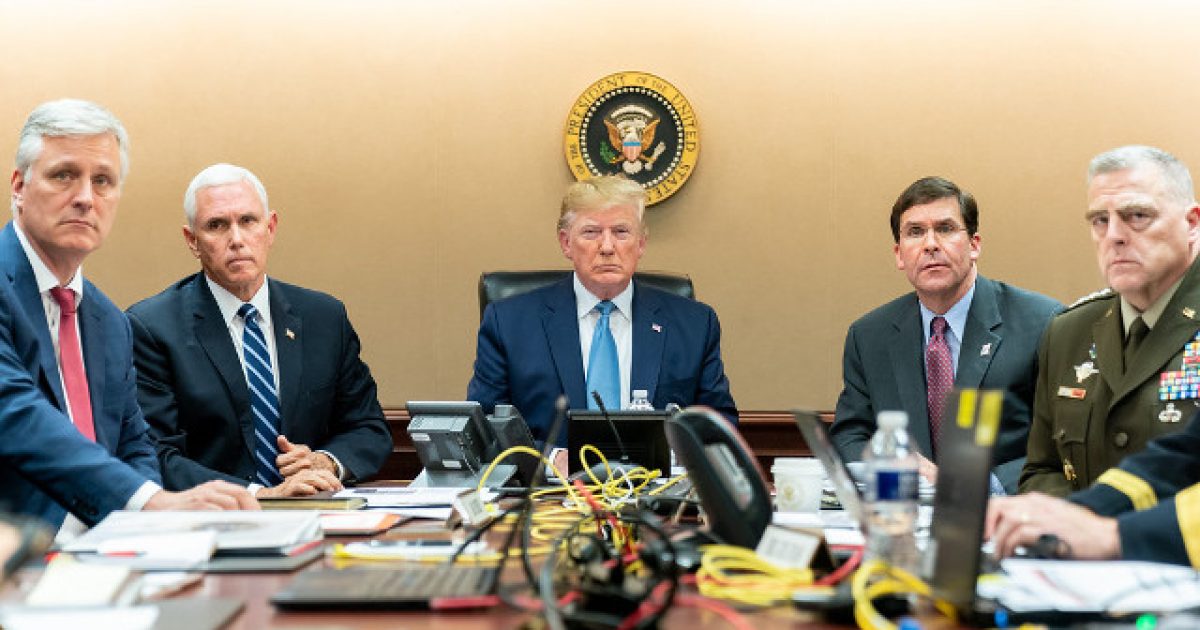 Democrats are not at all happy after President Trump recently confirmed that he withheld details about the raid that ended the life of ISIS leader Abu Bakr al-Baghdadi from Democratic leaders over their impeachment efforts.

“Well, I guess the only thing is, they were talking about why didn’t I give the information to Adam Schiff and his committee. And the answer is because I think Adam Schiff is the biggest leaker in Washington. You know that. I know that. We all know that. I’ve watched Adam Schiff leak. He’s a corrupt politician,” the president told reporters.

“He’s a leaker like nobody has seen before. We had a very good conversation with the Ukrainian president. The conversation was perfect. They don’t ever have to talk about the conversation. It started with the whistleblower,” Trump said.

Democrats took offense to the president keeping their top caucus leaders, half of the congressional “gang of eight” who receive regular classified briefings, in the dark.

Sen. Jim Lankford weighed in on the situation, noting that ever since Speaker of the House Nancy Pelosi launched the impeachment inquiry and gathered Democratic support for the measure in the House, the distrust between the White House and Democrats has grown.

“That’s been an ongoing concern for a while. That’s not just this past weekend. I mean, they both made that pretty obvious just in the way they’ve spoken about each other and to each other at some point for the sake of the American people. We’ve got to be able to resolve it,” Lankford said.

“There were 200 Democrats on record saying, ‘I want to start an impeachment inquiry.’ But that’s a pretty bold statement. And it’s hard to be able to build trust after that. That’s not, hey, let’s find a way to work together. That’s I’m working to find a way to get you removed entirely,” he continued.