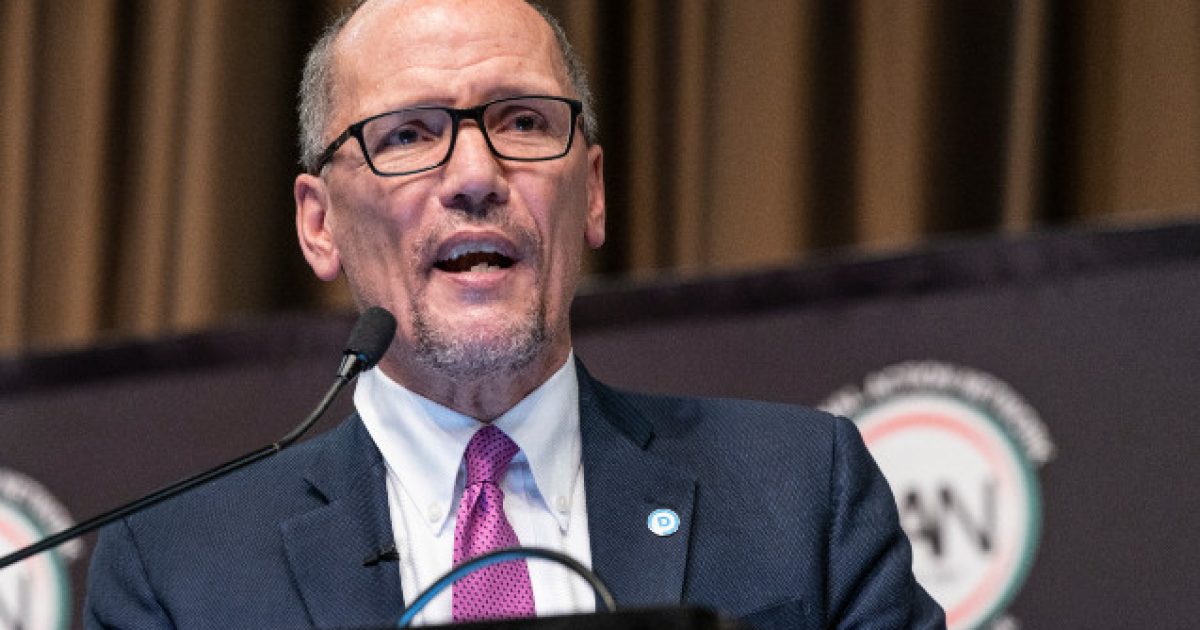 The Democratic National Committee doesn’t seem to be too happy about the good news from the latest job report that actually has a drop in jobless numbers for the first time since this whole coronavirus mess started.

Along with downplaying the facts in that case, they also are refusing to acknowledge that Republican led states that reopened the economy were responsible for this uptick.

“What we have in this report is a flicker of good news,” DNC Tom Perez said during a Friday press call. “We’ve gone from a Category 5 hurricane to a Category 4.9 hurricane.”

Perez compared the job losses over the last three months, 19.6 million, to the worst three-month stretch of job losses under the Obama administration, 2.3 million, in the middle of the Great Recession.

President Trump, Perez said, is “continuing to compete with Herbert Hoover to have the worst record of job loss in at least the last hundred years in the United States,” and blamed the “preventable” losses on Trump failing to act to contain the coronavirus pandemic earlier.

The report from the Labor Department stated that the economy has gained almost 2.5 million jobs in the month of May and the unemployment rate fell down to 13.3 percent. The lockdowns are responsible for the destruction of 1.4 million jobs in April.

Austan Goolsbee, an economics professor from the University of Chicago, really seemed dismayed by the fact that Trump’s economy might actually have a bit of a rebound.

Every party has a pooper they say.

“One month or two months of rebound — if they do not get us back to the levels that we were before this crisis began,” the former chairman of the Council of Economic Advisers said. “We cannot say that we are succeeding until we have at least gotten ourselves back to where we were before the crisis.”

It was states that were governed by members of the GOP that first started reopening and allowing folks to get back to work. Those that have been overseen by Democrats have been crawling toward an opening. The city of New York, which was the epicenter here in the United States for the virus, is set to begin the first phase of reopening on June 8.

Of course, Goolsbee told the Washington Examiner that the shutdown orders played a very small order in the rise of the unemployment rate, saying it was fear and people pulling themselves out of the economy that was the source of the trouble.