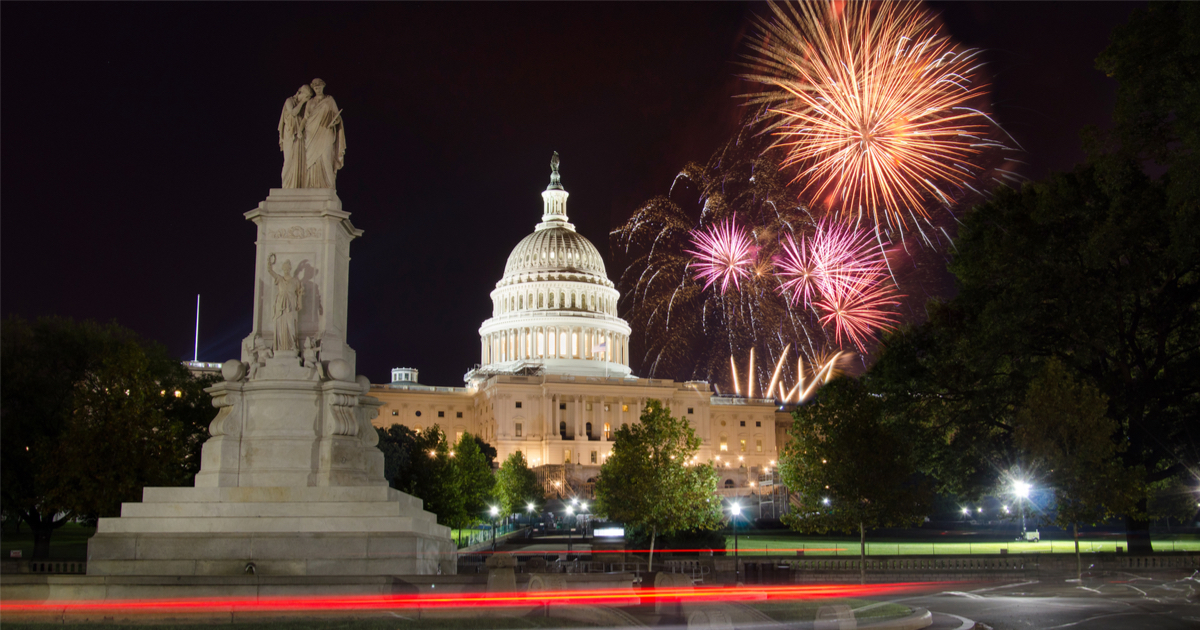 The democratic party has concocted no shortage of reasons why they are angry at President Donald Trump, with each passing day providing us with new and more bizarre “liberal logic”.

This has led to a highly contentious aura in Washington DC – something that has been overtly exacerbated by the mainstream media and their “resistance” rhetoric.

Now, as we approach the summer holiday calendar, even the President’s plans for celebration are coming under attack from a democratic party whose only true endgame is delegitimizing Donald Trump.

President Trump has apparently taken charge of this year’s Fourth of July celebration in Washington, D.C., and will possibly give a personal address, angering some Democrats who fear the president will politicize the holiday.

City officials in the nation’s capital were notified of Trump’s plan to address the nation on the steps of the Lincoln Memorial and move the traditional fireworks display from the Capitol Reflecting Pool to the nearby West Potomac Park, the Washington Post reported.

But the plans, which the administration says will allow more people to attend, have raised logistical concerns among officials as they make preparations for the holiday, which is fast approaching.

“We have a lot of people come to the Fourth of July. Logistically, over the years, the kinks have been worked out,” Mayor Muriel Bowser told the Post. “We don’t want to throw off what already works.”

Rep. Betty McCollum, a Minnesota Democrat who chairs the House Subcommittee on Interior, Environment and Related Agencies, told the newspaper that Trump’s address would undermine the spirit of the celebration.

“It’s not about any one president. It’s about how our nation came to be, because of a hardy band of brave men and women,” she said.

The President has previously scrapped plans to hold a military parade in Independence Day, citing an exorbitant price tag of $92 million to produce the spectacle.

Bumbling Beto Looks to Bounce Back with 2020 ‘Reintroduction’