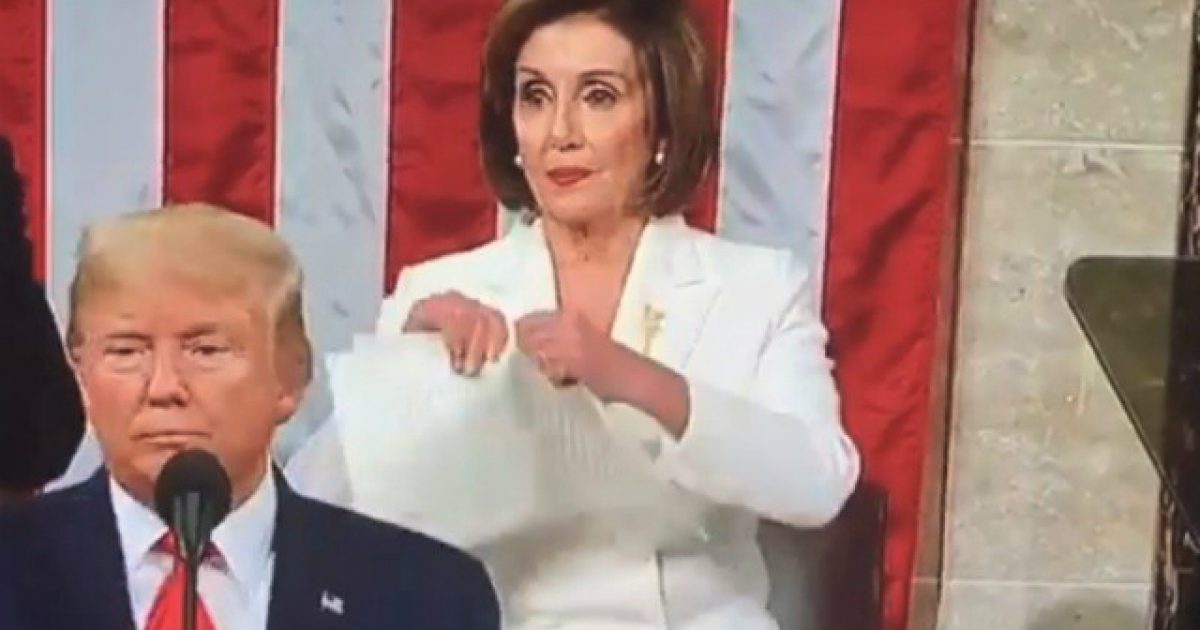 Everyone’s least favorite far-left freshmen congresswomen had nothing but praise for House Speaker Nancy Pelosi tearing up President Trump’s State of the Union speech on Tuesday evening, an act that has proven she hates Trump more than she loves seeing America succeed.

Reps. Ilhan Omar, D-Minn., Rashida Tlaib, D-Mich., Alexandria Ocasio-Cortez, D-N.Y., and Ayanna Pressley, D-Mass., all reacted with apparent endorsements of Pelosi’s actions. While the House speaker drew criticism from Republicans, Tlaib — who walked out mid-speech — said she would have gone even further.

I would have shredded it. #justsaying

Omar tweeted a gif of Pelosi’s past State of the Union behavior to show her appreciation.

Ocasio-Cortez, who has been vocal in the past in clashing with Pelosi, retweeted video of the speaker’s actions, letting an emoji sum up her amazement.

It’s sad to see so many folks on the left cheering for such a deplorable action by Pelosi, especially knowing that the speech contained the hope of a young girl getting a better education, the honoring of a Tuskegee Airman, and all kinds of great news for other Americans.

The left has struck new lows of deplorable behavior and this has all put on full display for the world to see. Here’s to hoping they pay for this in spades come election time.

Celebrities React To Trump’s State Of The Union Speech