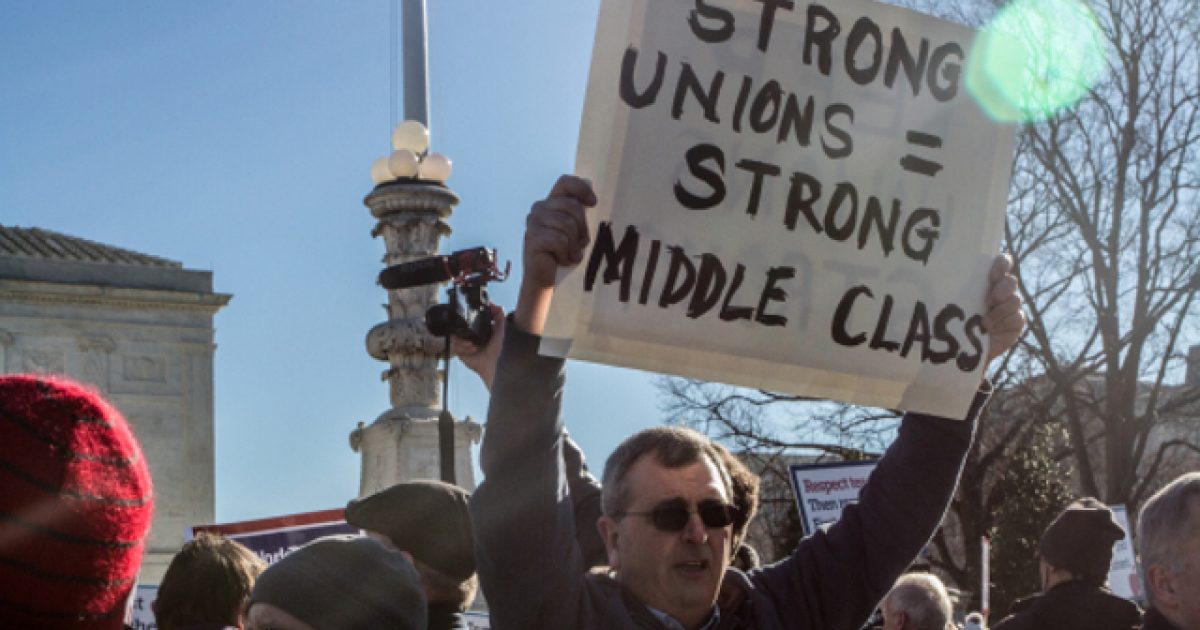 Democratic lawmakers are striking back against a Supreme Court ruling that would allow folks to not be forced to unionize or pay union fees without their express permission and willingness to join, as this could potentially suck millions of dollars in donations from leftist candidates and result in a loss of votes during election time.

Liberals in Congress are introducing a bill that will make it harder for workers in the public sector to opt out of paying union dues, effectively undermining the ruling the Supreme Court just handed down.

It’s amazing how quickly the Democrats leap into action when someone threatens their power and the size of their bank account.

The legislation would strengthen labor contracts that require workers, including non-union ones, to continue making payments.

So, if the employee ever signed anything, even unknowingly, that approved a deduction, the union can cite that to argue that the worker cannot exercise his rights under Janus.

The text of the legislation was not available, but in a joint statement Thursday, the lawmakers said the legislation would require that all public employers “recognize the employees’ labor organization … and to commit any agreements to writing in a contract or memorandum of understanding.”

The Janus ruling was a potentially major blow to public-sector unions, which rely heavily on funds derived through safety clauses. The unions argue they are owed the money because collective bargaining benefits all workers. Many of those workers would rather not pay, however. An internal survey by AFSCME, which has 1.6 million members, found that only a third of them would voluntarily pay dues, and half of its membership couldn’t be counted upon to do that, according to a 2015 Bloomberg report. Fifteen percent would opt out of paying dues entirely.

Democrats have argued that the court case was an attack on workers because it would result in weaker unions. “The Supreme Court’s decision in Janus is just the latest blow in a decades-long attack on unions and their ability to lift American families into the middle class … We need to pass the Public Service Freedom to Negotiate Act to protect and strengthen the fundamental the ability of unions to organize and collectively bargain for fair wages and working conditions that are critical to public-sector employees,” Hirono said.

The left is attempting to once again cover their greed and lust for power with a false altruism, as it’s quite clear that if they really cared for workers, they’d find ways to remove unnecessary regulations that are choking the life out of the companies they work for. This would enable them to thrive economically and provide better for their families.

No, this has nothing to do with workers and everything to do with the Democratic Party being terrified they will lose folks loyal to the party. It’s an awful, awful racket and yet it continues on today.

Let’s hope the ruling continues to be upheld.

Kamala Harris Freaks Out Over Justice Kennedy’s Retirement, Suddenly Cares About the Constitution

Man Accused of Hiring Hitman to Murder Cop, The Reason Why is Insane