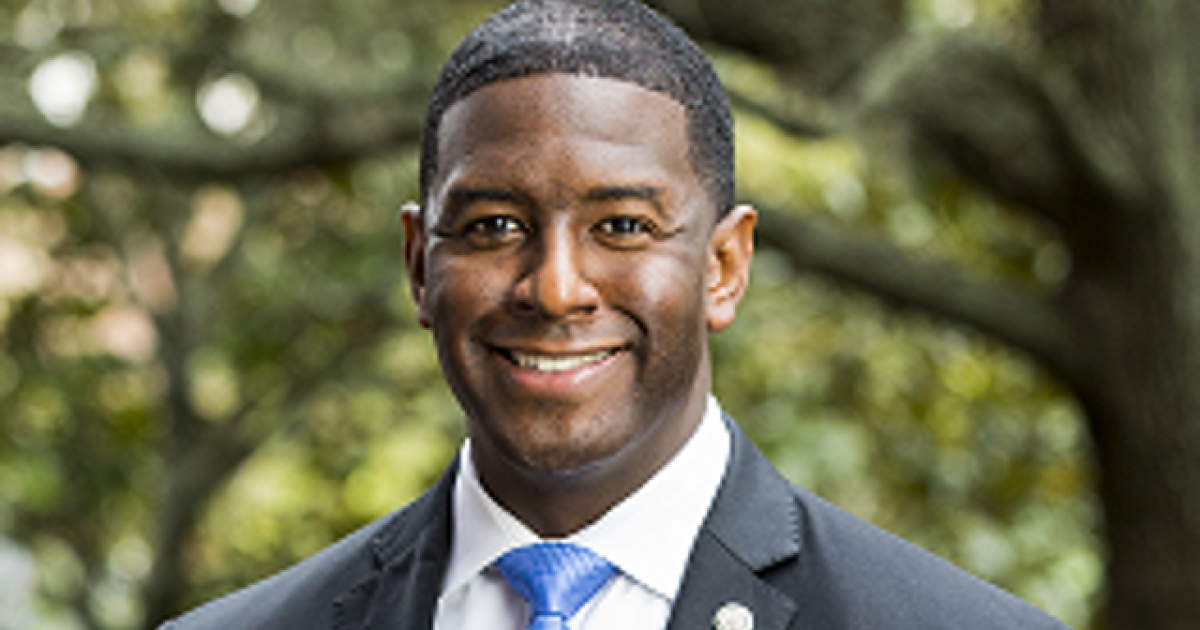 Democrats stole the show last night in Florida with their choice of candidate for the gubernatorial election, choosing Tallahassee Mayor Andrew Gillum who is an avowed socialist with the Bernie Sanders seal of approval.

This, ladies and gentlemen, is precisely why Donald Trump won the presidency.

Tallahassee Mayor Andrew Gillum, who won Bernie Sanders’ coveted seal of approval, triumphed over Gwen Graham, the daughter of a senator and former Florida governor (and a centrist Democrat), New York Magazine reports. Graham was expected to win handily, and then expected to win the gubernatorial race over Republican Rep. Ron DeSantis.

Now, the outcome of November’s election isn’t as obvious to Florida Democrats.

The progressive left has hailed Gillum as a “hero”: he’s staunchly and unabashedly in favor of enacting single-payer health care, raising the minimum wage to more than $15 per hour, hiking Florida’s corporate income tax, abolishing ICE (the immigration and customs enforcement branch of the Department of Justice), and impeaching President Donald Trump.

In fact, Gillum considers himself a socialist, as do Democratic mega-donors like impeachment hawk and radical environmentalist Tom Steyer and global paragon of leftism George Soros (both donated to Gillum’s campaign).

Gillum is only 39, and up until Tuesday night was running fourth among potential Democratic contenders in most polls. He quite literally came out of nowhere to snag the Democratic nomination.

There’s little doubt that the hard left shift of the Democratic Party is now complete, what with several major socialist candidates popping out of the woodwork over the last several years.

Truth be told, these folks were always there, however, they hung in the shadows. Now they are emboldened by the cultural shift progressives have managed to usher in, allowing them to come out in the open with their horrific, liberty limiting ideas and policies.

It’s a sad day in America when a socialist is getting this much positive attention.