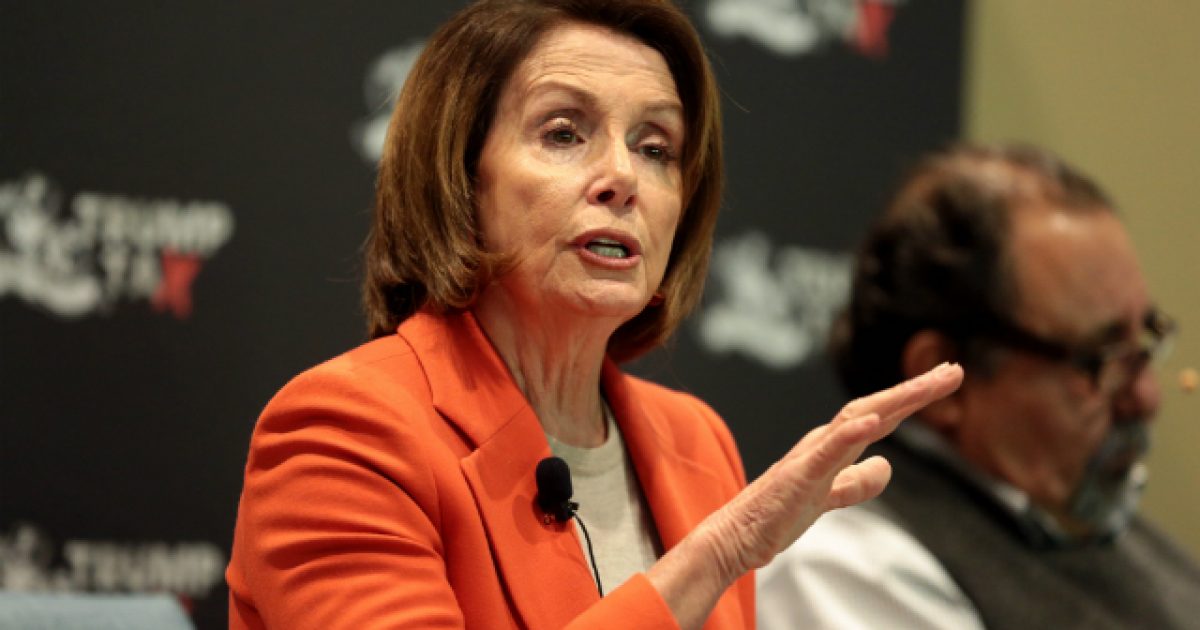 House Speaker Nancy Pelosi is beginning to really get on a lot of people’s nerves by withholding the articles of impeachment that were passed by the House, as the trial in the Senate cannot begin without them being transmitted over.

As you can imagine, Republicans are not happy about Pelosi’s attempts at a quid pro quo involving getting assurances of witnesses being called in the Senate trial, but what’s more, Democrats are also getting a little upset with her as well.

Pelosi, D-Calif., indicated to Democratic colleagues — first on Tuesday in a memo, and again on Thursday during a press conference — that she plans to continue to hold onto articles of impeachment, at least until Senate Majority Leader Mitch McConnell, R-Ky., releases a resolution outlining the terms for a Senate trial.

“We need to see the arena in which we are sending our [impeachment] managers. Is that too much to ask?” Pelosi said Thursday, adding she first wants to know the “terms of engagement” for a Senate trial and voicing concern that senators won’t be impartial.

“I understand what the speaker is trying to do, basically trying to use the leverage of that to work with Democratic and Republican senators to try to get a reasonable trial—a trial that would actually show evidence and bring out witnesses. But at the end of the day, just like we control it in the House, Mitch McConnell controls it in the Senate,” Smith said on CNN’s “New Day” on Thursday.

“I think it was perfectly advisable for the speaker to try to leverage that to get a better deal,” he continued, but added “at this point, it doesn’t look like that’s going to happen.”

“I think it is time to send the impeachment to the Senate and let Mitch McConnell be responsible for the fairness of the trial,” Smith continued. “He ultimately is.”

Later Thursday morning, Smith seemed to walk back his previous statement, saying he “misspoke,” believing the House should take whatever steps necessary to ensure a fair trial in the Senate.

I am concerned that Senator McConnell won’t have a fair trial and I am with the Speaker that we should do everything we can to ensure he does. Ultimately, I do want the articles sent to the Senate for the very simple reason that I want the impeachment process to go forward.

At this point, it’s not clear whether or not Pelosi applied some pressure to Smith in order to get him to fall in line and support her strategy.

Sen. Joe Manchin, also a Democrat, has said, “I think it’s time to turn the articles over. Let’s see where the Senate can take it.”

Even super liberal Sen. Dianne Feinstein has had enough of the games and is ready to move on with things.

“The longer it goes on, the less urgent it becomes,” Feinstein said while speaking to Politico. “So if it’s serious and urgent, send them over. If it isn’t, don’t send it over.”

Others including Sens. Angus King, Richard Blumenthal, and Chris Coons have also joined with Manchin and Feinstein, causing pressure to mount on Pelosi.

Iran Missile Strike Takes Out A Helicopter, Nine Tents, And Some Tools