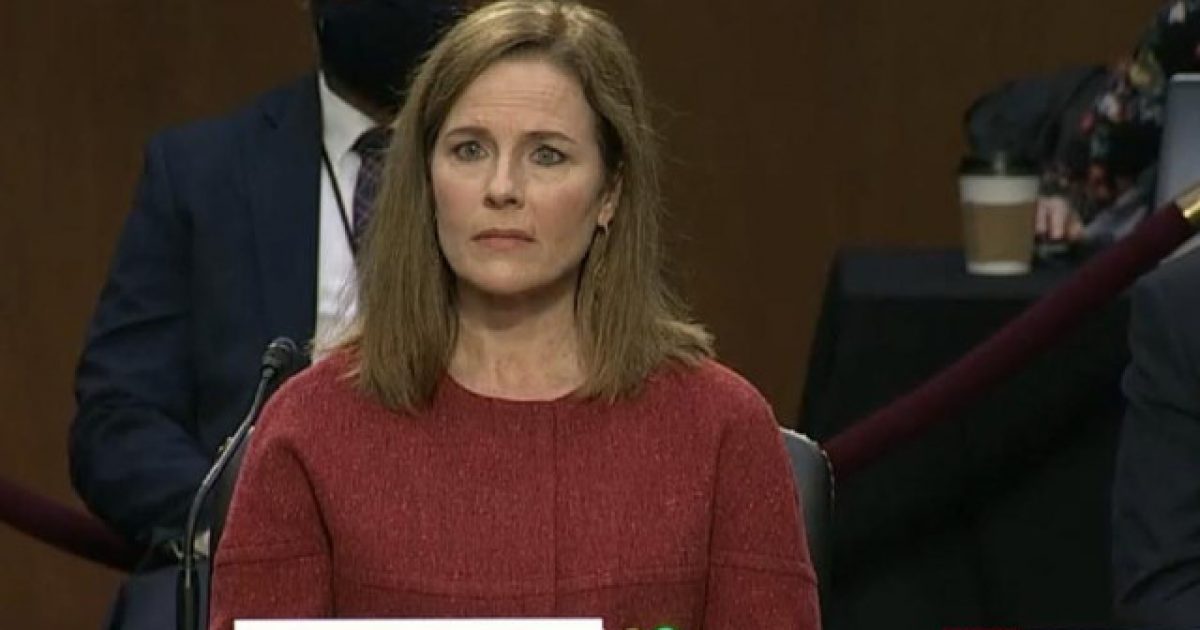 You know the radical left in this country is getting desperate to stop the confirmation of Judge Amy Coney Barrett when the only thing they can attack her on is the usage of phrases they deem to be politically incorrect.

During the confirmation hearing on Tuesday, Democrats verbally assaulted ACB for using the phrase “sexual preference,” which is apparently a big no-no, because progessive ideology believes that homosexuality is something you are born with.

Let me make clear – sexual preference is an offensive and outdated term.

To suggest sexual orientation is a choice? It's not. It's a key part of a person's identity.

The LGBTQ+ community should be concerned with #WhatsAtStake with Judge Barrett on the Supreme Court. pic.twitter.com/4TWyATMX0Y

Hilariously, Democrats are totally ignoring the fact that their current presidential nominee has also used this term as recently as May during a virtual roundtable with some African-American representatives in the state of Florida:

America’s the only nation in the world that when we’ve gone through a major crisis, we’ve almost always been able to come get through it and come out stronger. I’m hopeful. I’m going to need you if we win. I’m going to need you to help this time rebuild the backbone of this country, the middle class, but this time bring everybody along regardless of color, sexual preference, their backgrounds, whether they have any … Just bring everybody along.

The Left said Amy Coney Barrett was bigoted because she used the term "sexual preference."

Here's Joe Biden using the same term in May. pic.twitter.com/u7k4MqHCSU

The Washington Post admitted, “Plenty of figures on the left — including Democratic presidential nominee Joe Biden and the late Justice Ruth Bader Ginsburg, whom Barrett is hoping to replace on the high court — have also used the phrase, which was considered acceptable as recently as a decade or two ago.”

The Washington Free Beacon released a video of Biden, other Democrats, and Ruth Bader Ginsburg using the term “sexual preference”:

Barrett later apologized for using the term “sexual preference,” asserting, “I certainly didn’t mean and would never mean to use a term that would cause any offense in the LGBTQ community.”

There really wasn’t a need for Barrett to apologize. Saying “sexual preference” isn’t offensive. It might not be politically correct, which is in and of itself ridiculous, but this phrase should not be held as being offensive for anyone.

Do not homosexual people prefer the same-sex? Is the anger stemming from this phrase implying that being gay is a lifestyle choice?

It’s a desperate grasping at straws is what it is. Anything to try and shoot this woman down from getting put on the bench before the election.