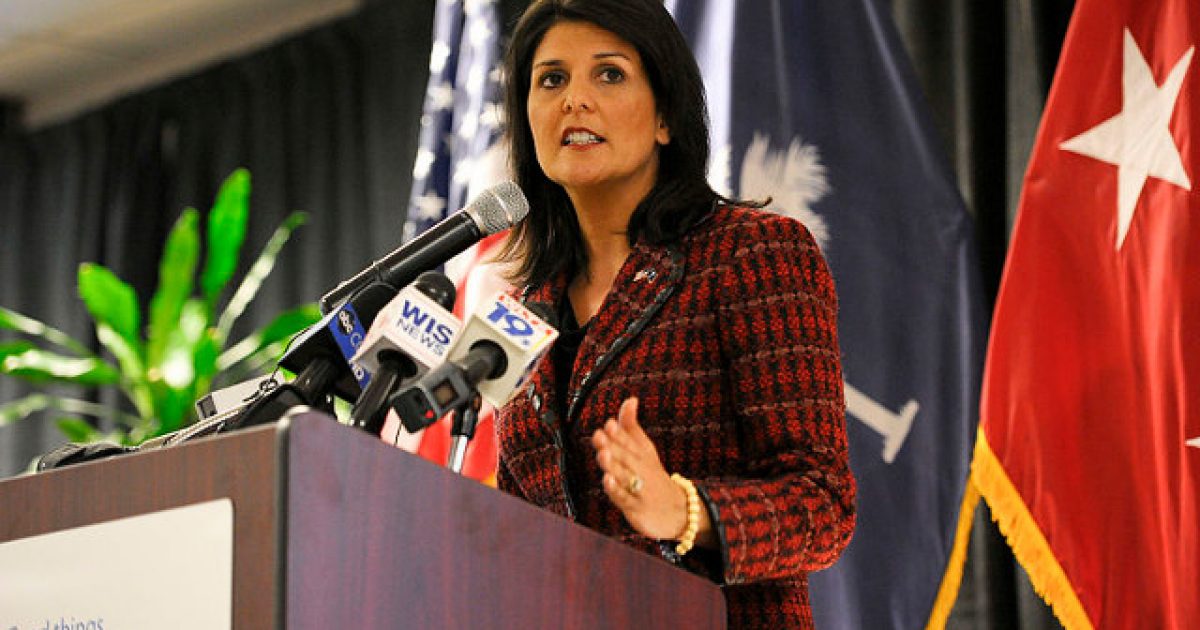 Leftists have found yet another issue to use as an outlet for their never ending supply of fake outrage, this time setting their sights on Nikki Haley and how much the curtains in her home cost.

You’re probably wondering why the cost of her curtains is anyone else’s business. We’re wondering the same thing. Must be a slow news day with a lack of material to be angry about.

“Nikki Haley’s View of New York Is Priceless. Her Curtains? $52,701,” the Times’ title reads. That was enough for Democratic Rep. Ted Lieu to call for “an oversight hearing on State Department spending on Nikki Haley and her deputy.”

This is not okay. As a Member of the House Foreign Affairs Committee, I call on @HouseForeign Chairman @RepEdRoyce to hold an oversight hearing on @StateDept spending on @nikkihaley and her deputy. https://t.co/c2ipX1s79d

Left-wing activist David Hogg also got in on the anti-Haley action, writing a mini-letter on behalf of “America” condemning the ambassador for having the “audacity to misappropriate thousands of tax dollars for your own lavish lifestyle” while there are children starving in America. “Resign immediately,” “America” demanded (h/t Twitchy).

But, as Haley’s office told the Times in its deceptively titled article, there’s just one big problem: She had nothing to do with those pricey curtains. They were ordered back in 2016, approved by Obama’s State Department. Here’s the line buried in the sixth paragraph of the article on “Ms. Haley’s curtains”:

A spokesman for Ms. Haley said plans to buy the curtains were made in 2016, during the Obama administration. Ms. Haley had no say in the purchase, he said.

Despite this admission, the Times repeatedly portrays the curtains and the residence as “Ms. Haley’s” and puts the onus on the Trump State Department instead of Obama’s, which approved, ordered and allocated funds for the curtains.

So basically, the only reason everyone is so up in arms over these curtains is just because they need yet another excuse to attack a member of the GOP. Again, must be a really slow news day if this is all these folks can find to complain about.

After all, the left are masters at finding reasons to complain.

Oh, Brother: Take a Look What Obama’s Trying to Take Credit for Now