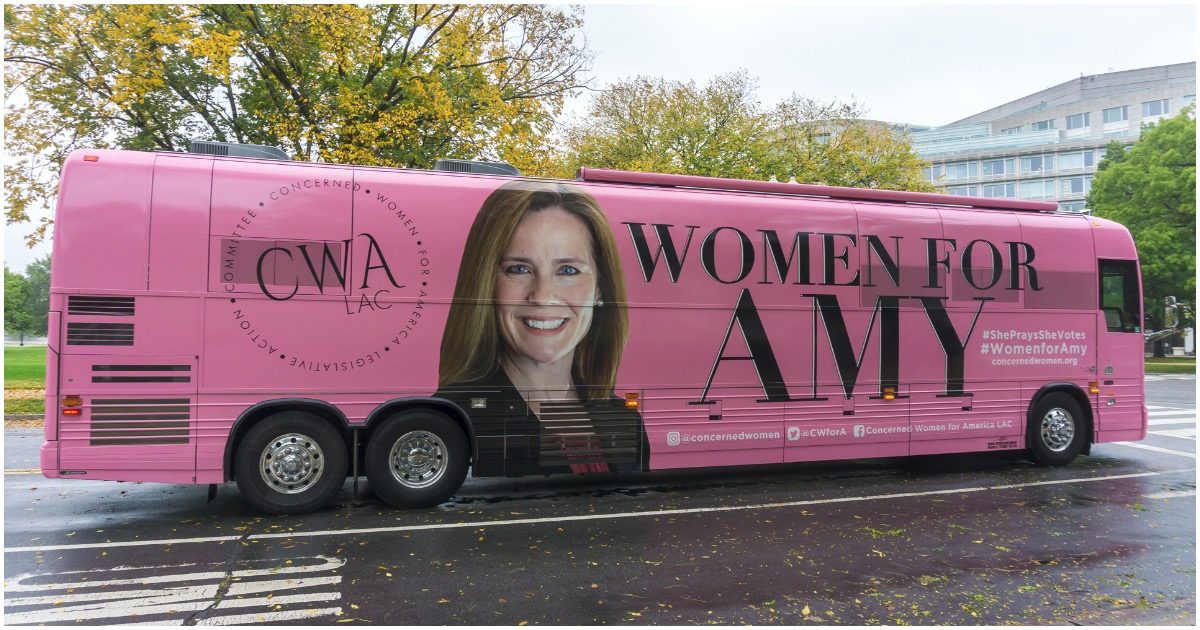 Liberals knew it would be hard to attack Amy Coney Barrett head-on at the confirmation hearings. Yet, they would not be daunted, taking up the effort to squash the appointment, with unfounded fear and heavily embellished concerns that some Americans will be left to die if Barrett is appointed.

It was theater and bad performance in lieu of some down to earth reality.

Yet, at the first hearing the democrats brought in people from their districts who, in some cases might die without their existing ACA healthcare coverage.

The President would never let large groups of people die before enacting a transitionary provision, and or, an executive order to protect them. Donald Trump may have some faults, but a lack of compassion is not one of them.

The left puffed the infamous ACA as if it were the very salvation of the sick.

Nothing could be further.

Who doesn’t remember the phrase – “If you like your doctor, you can keep your doctor?”

And just who decided to use the word “affordable” in the title of the act?

The ACA is a disaster and will go down in history as an over inflated and completely un-affordable Obama pipe dream.

Contrastingly, the Trump Pence Plan will come in 60% cheaper, all pre-existing conditions are covered, and it gives people the option to customize their plans.

Why are the Democrats in the Barrett hearing, standing to defend a package that is ready for the junkyard of the world’s worst ideas?

The emotion is heated, the rhetoric is racing, but the truth has no pulse. ACA is a dead duck regardless of who wins the upcoming election.

Speaker Pelosi is noted for saying we should hurry to vote for the ACA plan, so we can see what’s in it, we did, and now we know, it is a scam.

The ACA acronym was used hundreds of times during the first day of hearings, but the term “pre-existing condition” made a close second place.

All of America needs to ponder this term.

It is a matter of pure grace that we live in a country that wants to take care of its ailing citizens who have no choice, but to live with a disease or condition that was serendipitously cast upon them.

But the term “pre-existing condition” has a broad meaning and should be examined in another light.

Starting with the numbers, we see there are 20 million Americans who have their pre-existing conditions covered by the ACA.

We also know that 60 million unborn children were aborted to feed the notion that women have the freedom, given by law, (Roe v Wade) to waste another human life for almost any reason they choose.

The discussion that almost all women avoid, and certainly all democrats at the Barrett hearing are avoiding, begs to be asked and answered post-haste.

Isn’t the desire, the struggle, the natural expectation to live seen in an unborn human being a “pre-existing” condition?

No one can witness the struggle of any creature to exit the womb and begin to breathe and say that the penchant to live is not a pre-existing condition in every living thing.

There remains but one question, if that is true.

Why have we denied the right to that pre-existing condition to upwards of sixty million human beings?

Abortion has always found its own justification in a deep quagmire of lies and an un-natural indifference to life.

The Barrett hearings are revealing a lot about the liars of the left.

We have all wondered how some will go to great lengths to protect a certain species of animal, and so callously discard their own offspring, as just so much unwanted refuse.

“A righteous man regardeth the life of his beast: but the tender mercies of the wicked are cruel.” (Pr 12:10)

The awkward and blaring disparity in our behavior toward animals and humans, is a testimony of the reprobation of modern civilization.

Let’s be honest – no Supreme Court justice will be able to single handedly fix this deep moral morass.

It takes nothing away from the honorability of President Trump’s most excellent nominee for the Supreme Court of the United States.

Biden: I Was A Regular At A Black Church As A Teen, But Members Don’t Remember That