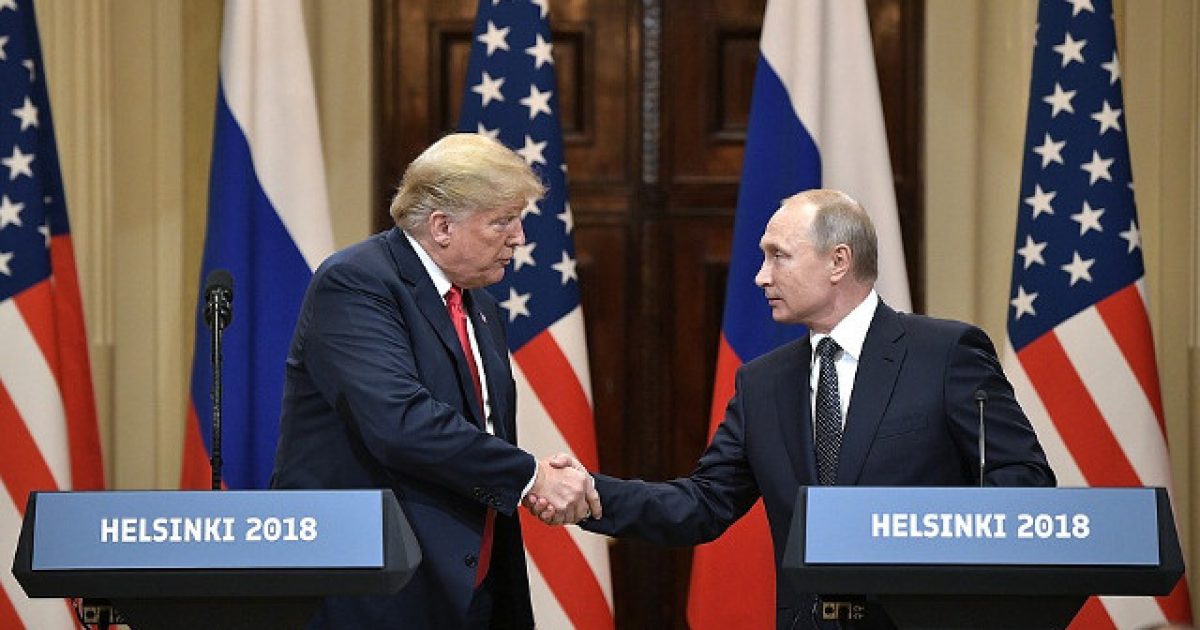 Democrats are still furious with President Trump over his recent meeting with Russian President Vladimir Putin and are concocting all sorts of strategies to nail him to the wall for somehow being in cahoots with him, including a brand new “gotcha” scheme involving the president’s interpreter.

Apparently, Democratic Sen. Jeanne Shaheen is calling for the interpreter to testify before Congress, a move that would essentially strip the President of any and all diplomatic authority.

These folks just don’t know when to quit.

“I’m calling for a hearing with the U.S. interpreter who was present during President Trump’s meeting with Putin to uncover what they discussed privately. This interpreter can help determine what @POTUS shared/promised Putin on our behalf,” Shaheen tweeted Tuesday.

Other Democrats have joined Senator Shaheen in this ridiculous display of grandstanding that will likely get nowhere (and would be wholly inappropriate if it were to actually occur). In no way should a President be put under threat of having comments made in private to another foreign leader exposed unless indisputable evidence exists of possible malfeasance or collusion.

Speaking with CNN on Tuesday, Rep. Joe Kennedy of Massachusetts agreed that the President’s translator should testify before Congress.

“So what I’m asking is just that the White House tell the American public what was said, and if they won’t do it, then the translator who was the only other American official in the room, that they come before Congress and explain what happened,” Kennedy said. “And if they refused too, then Congress should subpoena.”

The Democrats are well aware this is never going to happen and are only using this strategy to create more suspicion surrounding Trump’s relationship with Putin.

Mainstream media outlets are so desperate to destroy the Trump administration that despite there being no real evidence to support collusion with Russia, they are still beating on this dead horse, not giving it a moment’s rest.

Unfortunately, American tax dollars are being wasted in obscene amounts to continue carrying on the investigation, a fact that does not seem to bother Democrats too much.

Then again, when has wasting our hard earned money ever been a problem or moral dilemma for the left?

VIDEO: Trump Says Who Wants to See as His Opponent During 2020 Election and It’s Hilarious