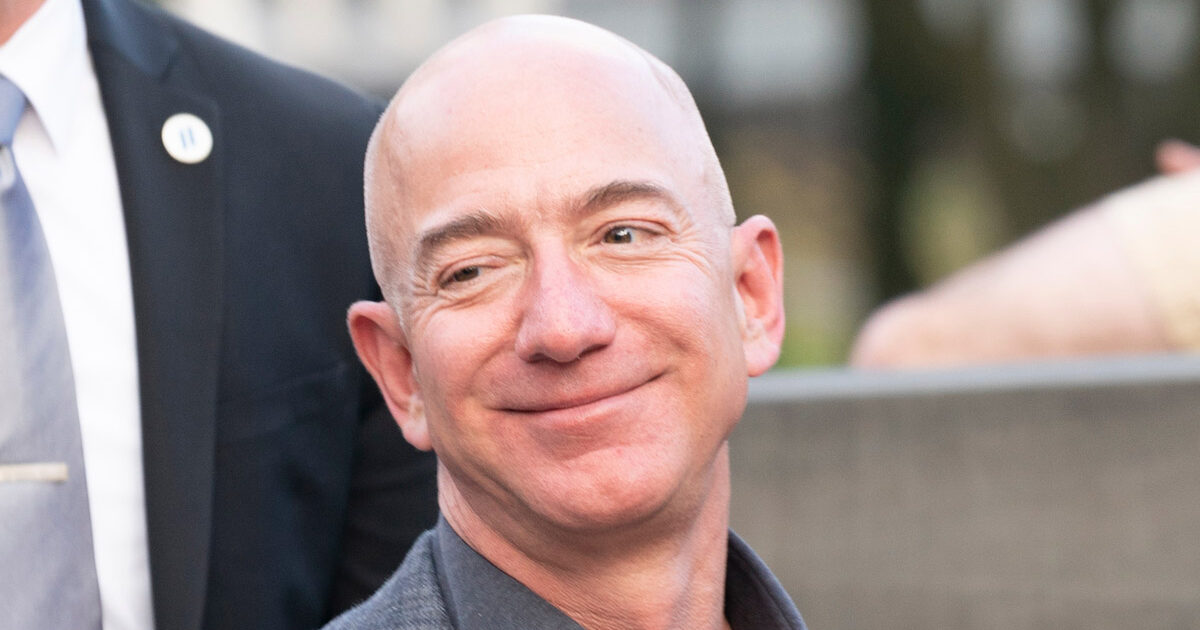 Jeff Bezos is one of the richest men in the world, but Democrats are trying to give him $10 billion of our tax dollars to bail him out for his losses from his failed space flight company.

Bezos created his Blue Origin company but the whole thing fell apart for him when a multibillion-dollar NASA contract went to SpaceX instead of his company.

Now the Democrats want to help bailout the world’s richest man… with our tax dollars.

The measure was part of an amendment tacked on to the Endless Frontier Act, a bill aimed at increasing U.S. competitiveness with China through science and technology research. The amendment was authored by the Democratic chairwoman of the Senate Commerce, Science and Transportation Committee, Maria Cantwell, who represents Washington state, where Blue Origin is headquartered, and Sen. Roger Wicker, a Republican from Mississippi.

The Senate is voting on amendments to the bill, which costs about $130 billion, and could vote on the final legislation by Thursday. Whether the package sinks or swims without use of “reconciliation,” which would require only 50 votes to pass, depends on whether Republicans are satisfied with the amendments that make their way into the bill. GOP members have introduced hundreds of amendments, and not all will get a vote.

Not everyone was excited about the bailout.

Cry me a river, Jeff Bezos lost out on a space contract so now Senate inserts a Bezos bailout provision for $10 billion for his space company??

Isn’t there some remnant of decency in Congress to oppose bailouts for billionaires?

Sen. Josh Hawley was also annoyed with the whole deal. “Why is the Senate preparing to give @amazon’s Jeff Bezos a $10 billion bailout?” he tweeted.

Why is the Senate preparing to give @amazon’s Jeff Bezos a $10 billion bailout? https://t.co/xrpFTAPtLl

Why would @SenSchumer and Democrats give billionaire Jeff Bezos a multi-billion dollar bailout? Happy to co-sponsor @SenSanders’ amendment.https://t.co/GbUNx1qqMw

It wasn’t just Republicans, though. Communist Bernie Sanders was also unhappy with the bailout.

Sanders introduced an amendment to cancel the bailout:

Sanders, D-Vt., introduced an amendment Monday to block Cantwell and Wicker’s amendment. “Jeff Bezos is the richest guy on the planet. He’s gotten $86 billion richer since the start of the COVID pandemic,” the democratic socialist lawmaker wrote on Twitter. “Does he really need $10 billion from Congress for space exploration?” Cantwell said Tuesday afternoon she wasn’t sure if the Sanders amendment would get a vote.