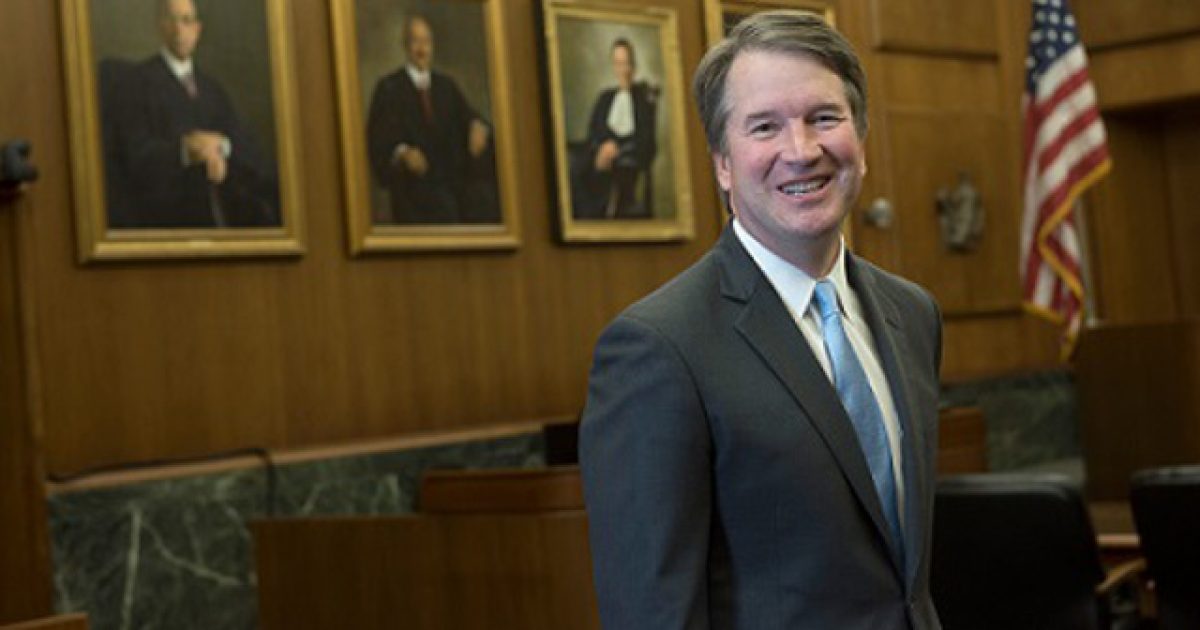 On Wednesday morning, after all of the hoopla from the midterm elections, every single incumbentDemocrat senator who voted against Brett Kavanaugh’s confirmation to the Supreme Court was curled up in the fetal position bawling their eyes out.

Because they all lost their bids for reelection. Every. Single. One.

The senate race in Montana is still too close to call, but it looks like Republican Matt Rosendale will eke out a victory. Incumbent Sen. Jon Tester, a Democrat, voted against Kavanaugh in October after the judge was accused without evidence of teenage sexual misconduct.

“I have deep reservations about Judge Kavanaugh’s nomination to this lifetime position and, as I stated, we have been unable to get all the information necessary regarding this nomination, despite my best efforts,” Donnelly said at the time. “Only 113 people have ever served on the Supreme Court, and I believe that we must do our level best to protect its sanctity.”

Donnelly also said the allegations against Kavanaugh were “disturbing and credible” and he wanted the FBI to investigate. The FBI did investigate and found no evidence to support the allegedly credible allegations.

This pattern also occurred with Democrat Sen. Heidi Heitkamp in North Dakota. She voted for Gorsuch but against Kavanaugh despite a majority of voters in her state wanting Kavanaugh confirmed. Heitkamp announced she would vote “no” on Kavanaugh after watching his testimony before the Senate Judiciary Committee regarding the accusations against with the sound off.

It’s looking like Florida Sen. Bill Nelson — also a Democrat who voted against Kavanaugh — will be defeated by Republican Gov. Rick Scott.

There is one outlier to all of this: In Nevada, Democrat Jacky Rosen defeated incumbent Republican Sen. Dean Heller, who voted for Kavanaugh. Nevada is not a Red State, however.

What happened to Brett Kavanaugh was nothing short of a witch hunt designed to both ruin his life and attempt to give Democrats an opportunity to install another liberal supreme court justice.

How Big of a Factor Was President Trump in the Midterms? Exit Polls Have the Answer.