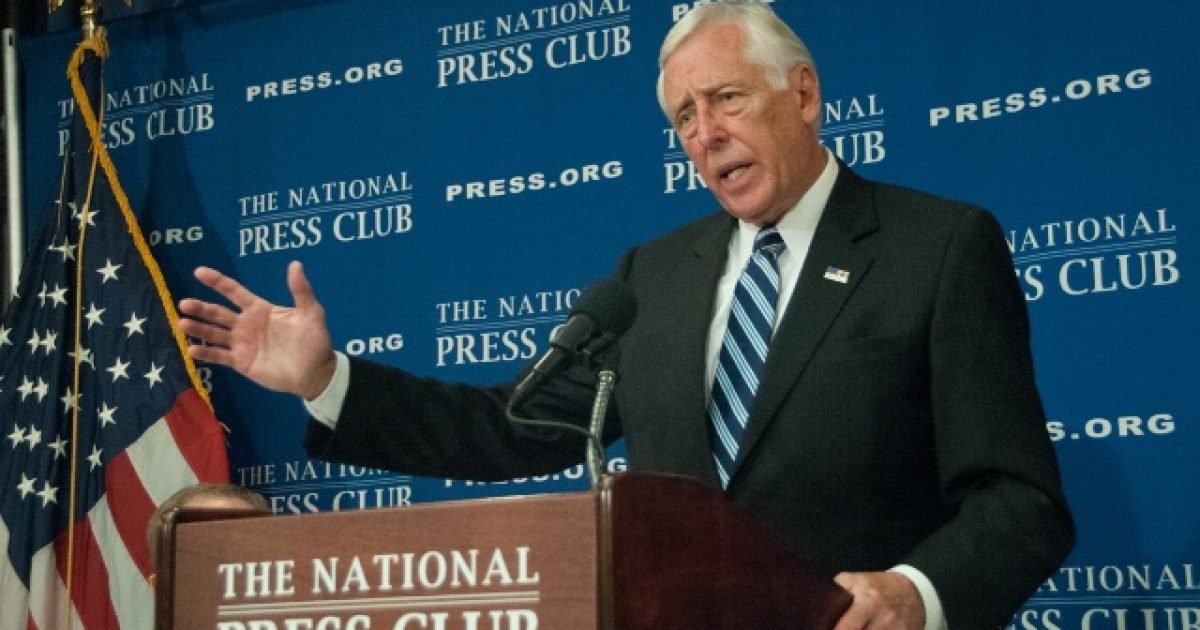 House Majority Leader Steny Hoyer recently spoke with reporters on Wednesday stating that Democrats are currently working hard to come up with some sort of plan that will allow lawmakers to be able to still conduct government business, which includes voting without being forced to come to the Capitol in case of an emergency.

However, this particular measure will not be allowed to be used during the coronavirus crisis that has shutdown Congress.

Hey, when Congress is shut down it means they aren’t making new and oppressive laws so that’s okay here.

Here’s more on this plan from The Washington Examiner:

The House adjourned in mid-March due to the threat of the spread of the coronavirus and is not scheduled to return until May 4 at the earliest.

That means any legislation must pass by voice approval or unanimous consent, which do not require an official quorum of lawmakers to appear in the chamber.

Hoyer noted that lawmakers working on the plan are trying to find a way to permit roll-call votes “in an emergency situation” for future use, but stated that a vote of the full House would be required to make any sort of changes to H ouse rules that make in-person voting mandatory.

“We need to have members come together, we need to have open and transparent hearings, we need to have changes on the floor with amendments on bills,” Hoyer stated. “That is the way it ought to be done. But in an emergency situation where it is impossible to do it that way, we’ve got to have an alternative.”

Speaker Pelosi has assigned Jim McGovern, the chairman of the Rules Committee, to research how the House can operate remotely without being together in person. However, she like Hoyer, said that this wouldn’t likely happen in the immediate future since the House would have to vote in order to change the rules.

Again, when they aren’t working, they aren’t making more laws, and that’s always good for liberty.