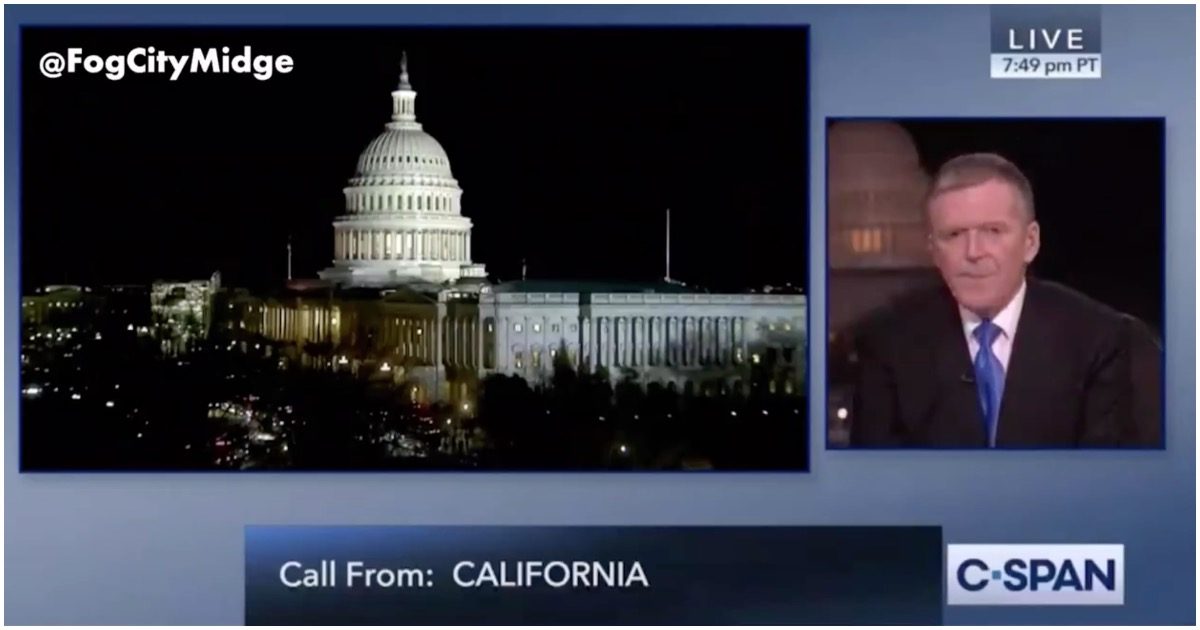 Speaker Nancy Pelosi (D-CA) was probably pretty salty after President Trump didn’t shake her hand when he gave her his script before the State of the Union address kicked off. Still, there was no excuse whatsoever for ripping up the speech in clear view of all cameras.

Now, even though many far-left radicals absolutely loved what Pelosi did, it appears a lot of Democrats are just as ticked off with her antics. And they should be. It was highly unprofessional.

Here’s Pelosi’s stunt, if you haven’t seen it…

Standing behind President Trump, Speaker Nancy Pelosi rips up what appears to be a copy of Trump's State of the Union speech at the close of the address. #SOTUhttps://t.co/VUOgoeHScApic.twitter.com/hSem11NtON

C-SPAN asked people to call in and give their opinions on the SOTU. What happened after that was brilliant. “I’m a Democrat, but I no longer will vote Democrat,” said one caller. “I think it’s outrageous that they sat there when all these good things are happening to our country and how much we love our country. And they looked like they hated our country…It’s outrageous and I will never vote Democrat again.” She went on to say that all her family voted for Hillary last time but this time they will never vote for a Democrat again.

Here’s the clip where Dems call in:

WOW! After the State Of The Union DEMOCRAT callers into C-SPAN completely destroyed Pelosi, saying they will NEVER vote for the Democrat Party again!😮 @realDonaldTrump #sotu #StateOfTheUnion #NancyPelosi pic.twitter.com/mB3ExhXWdr

One of our last surviving Tuskegee Airmen.

The survival of a child born at 21 weeks.

The mourning families of Rocky Jones and Kayla Mueller.

A service member's reunion with his family.

Pelosi's act dishonored the institution and destroyed even the pretense of civility and decorum in the House. If this is the Speaker's "drop the mike" moment, it is a disgrace that should never be celebrated or repeated. In a single act, she obliterated decades of tradition.

Liberals were absolutely THRILLED while watching Rush receive his medal. They LOVED it!