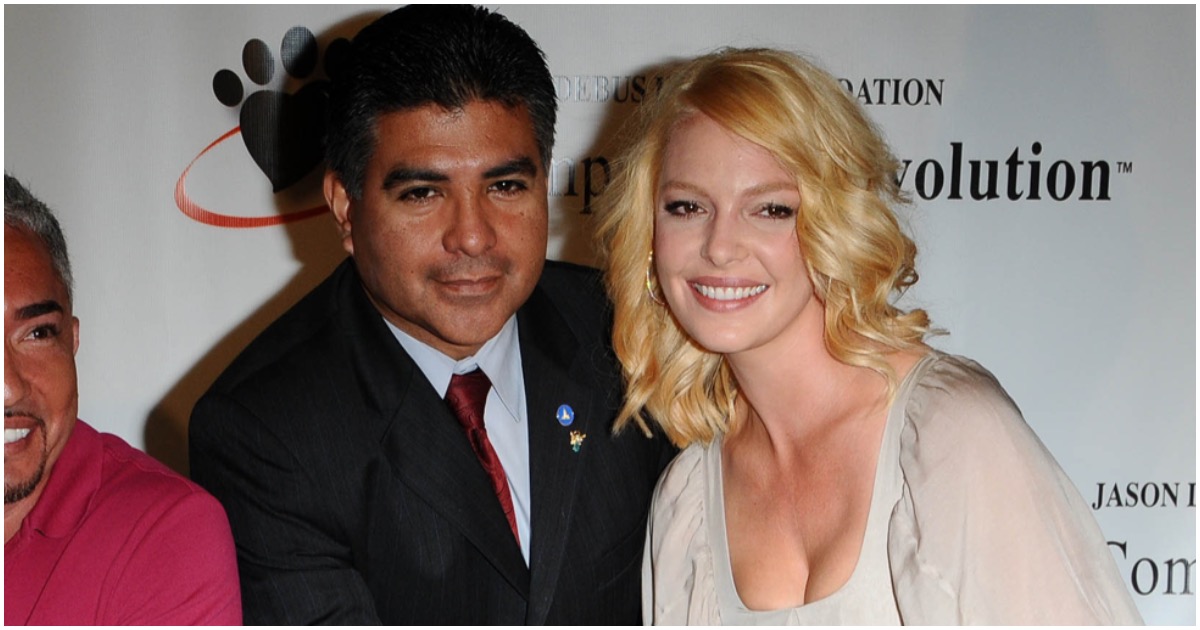 Brett Kavanaugh had his life torn apart by Congressional Democrats, uninformed celebrities, and the mainstream media during his Senate confirmation hearings.

Keep in mind: Dems would’ve found their Christine Blasey Ford regardless of the SCOTUS justice nominated by President Trump.

What’s odd is that Dems who scolded Republicans for defending Kavanaugh were recently seen with a fellow Democrat who has been accused of pulling a Cosby.

Some of the same Democrats who accused Republicans of whitewashing sexual misconduct allegations against Justice Brett Kavanaugh left town during the shutdown to attend a weekend retreat in Puerto Rico organized by a senior Democrat being sued by a woman who claims he drugged and molested her when she was 16.

The Democrats cannot claim they don’t know about the allegations. Eight months ago, now-Speaker Nancy Pelosi (D., Calif.) publicly called for a House Ethics Committee investigation into the molestation allegations against Rep. Tony Cardenas (D., Calif.). The panel has yet to formally launch a probe.

Last week, the woman suing Cardenas over the sexual misconduct allegations identified herself for the first time as 28-year-old Angela Villela Chavez and called for a House ethics inquiry. Chavez, the daughter of a longtime Cardenas aide, said she was inspired to come forward following Christine Blasey Ford’s accusations against Kavanaugh.

Chavez says Cardenas molested her in 2007 while driving her to the hospital after she collapsed while playing golf with the congressman. In her lawsuit, Chavez says Cardenas gave her water that “tasted distinctly different from both tap and filtered water,” and she collapsed. She says he fondled her breasts and genitals before he took her to the hospital.

New Jersey Senator Bob Menendez, who has left a litany of problems in his wake, was one of the Democrats photographed in Puerto Rico.

With a woman in a bikini.

Spotted: Sen. Bob Menendez on the beach at a resort in Puerto Rico on Day 22 of the partial government shutdown. Reports say dozens of Dems are in PR for the CHC BOLD PAC winter retreat — including meetings on Maria cleanup, and a party with PR’s “Hamilton” cast. pic.twitter.com/6FaBYKPo4L

Democrats in Puerto Rico this weekend; partying with cast of Hamilton #Historyhasitseyesonyou https://t.co/WxiMOSM4pi

I will be interviewed by Jeanine Pirro at 9:00 P.M. on @FoxNews. Watch @JesseBWatters before and @greggutfeld after. All terrific people. I am in the White House waiting for Cryin’ Chuck and Nancy to call so we can start helping our Country both at the Border and from within!

Hillary Clinton is a self-described feminist. Yet, she campaigned for Menendez in 2016, a man “who was nearly convicted of corruption and who has long been dogged by allegations of sexual impropriety.”

What’s crazy is that a juror from Bob’s corruption mistrial attended his victory party.

Speaking of Pelosi, she claims the border wall is a “luxury” that America “can’t afford.”

Ocasio-Cortez Goes Full On Loony: ‘World Is Going to END In 12 Years’ (Watch)