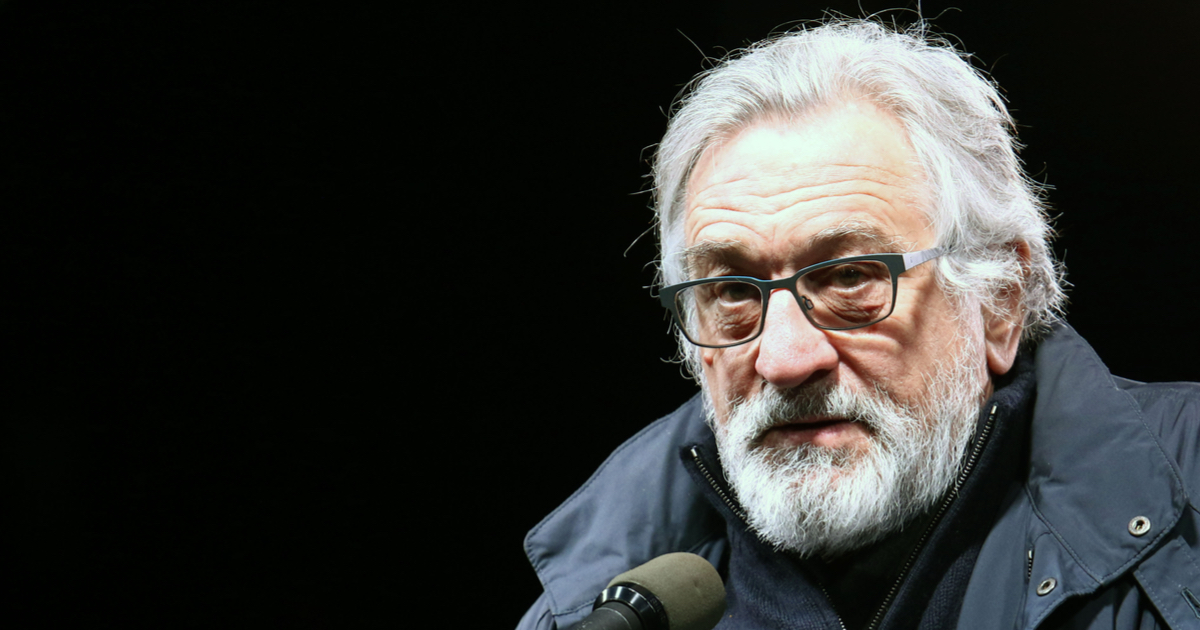 The mainstream media is little more than a cacophony of these “resistance” voices from the coastal cities of California.  The spoiled rich and luxurious leeches of Hollywood raise their voices when they know they will be applauded for it, and the liberal left has been cheerleading this entire reality for over two years.

That’s why it’s almost no surprise that Robert DeNiro has, again, made offensive and derogatory statements about the President of the United States.

“He thinks he’s a mobster. He’s a mutt. And I’ve said that before. I’ve said it publicly,” Robert De Niro told The New Yorker.

“And everything that he says about other people—that they’re losers, that they’re this and that, every terrible thing he says—he’s really saying about himself. I don’t know what his parents did, I don’t know how they treated him, whatever, but it’s all projection.”

Then came the kicker…

“Cause he has no plan. He has no center whatsoever. He even gives gangsters a bad name. ’Cause a gangster will give you his word and will pride himself—or herself. He doesn’t even understand that kind of logic. He thinks he’s slick and all that. There’s something wrong with him mentally,” he said.

The Goodfellas actor also said that America is in “crisis” and that the resignation of James Mattis is “dangerous.”

“I don’t see how we can go two more years with this guy,” he said. 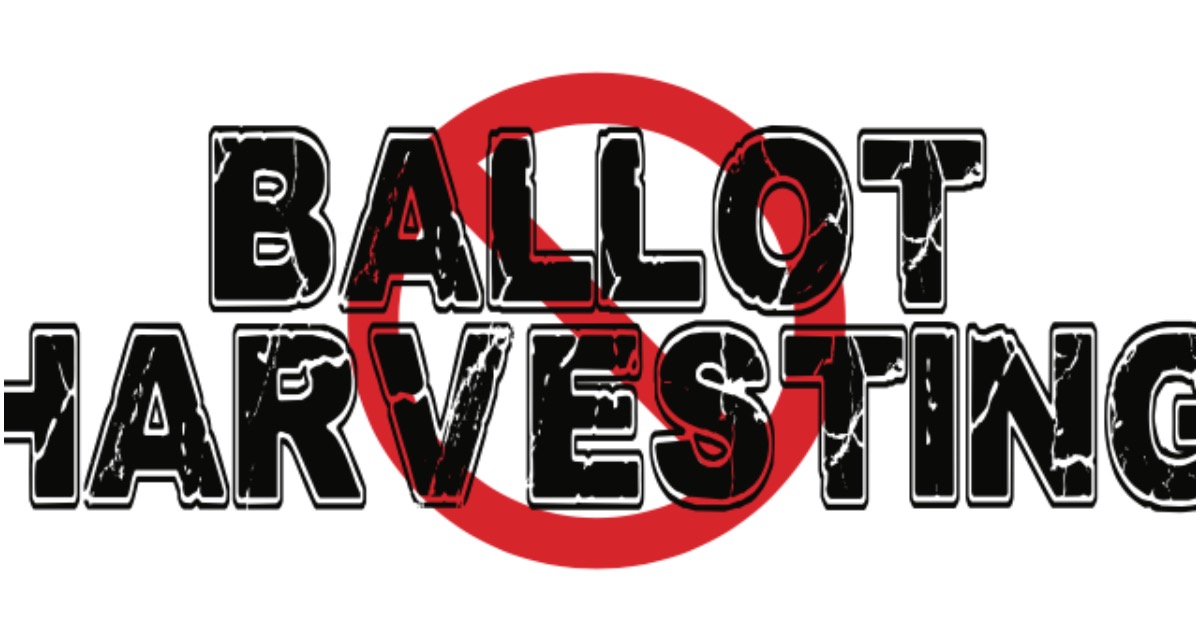 The attorney general of Minnesota is Keith Ellison. You may remember him as the first Muslim member of Congress – a man accused of beating his girlfriend (with police documentation to prove he he hit her). Therefore, it’s unlikely Ellison will look at Ilhan Omar’s ballot harvesting scam too closely. Don’t worry, though. President Trump and the Minneapolis Police Department know allllll about it. From New York Post: President Trump has called for an investigation into Democratic Rep. Ilhan Omar for alleged “ballot harvesting” in Minnesota. LOOK: https://twitter.com/realDonaldTrump/status/1310435345704652800 The Minneapolis PD is on it. LOOK: https://twitter.com/MinneapolisPD/status/1310707697214423042?ref_src=twsrc%5Etfw%7Ctwcamp%5Etweetembed%7Ctwterm%5E1310707697214423042%7Ctwgr%5Eshare_3&ref_url=https%3A%2F%2Ftherightscoop.com%2Fboom-minneapolis-police-announce-investigation-into-ilhan-omar-ballot-harvesting%2F James O’Keefe has promised that more details will leak soon. LOOK: https://twitter.com/DonaldJTrumpJr/status/1310385604962775042?ref_src=twsrc%5Etfw%7Ctwcamp%5Etweetembed%7Ctwterm%5E1310385604962775042%7Ctwgr%5Eshare_3&ref_url=https%3A%2F%2Ftherightscoop.com%2Fbreaking-project-veritas-exposes-ilhan-omar-connection-to-illegal-ballot-harvesting-voter-fraud-scheme%2F VIDEO: https://www.youtube.com/watch?v=ZWK56l2VaLY&feature=emb_title 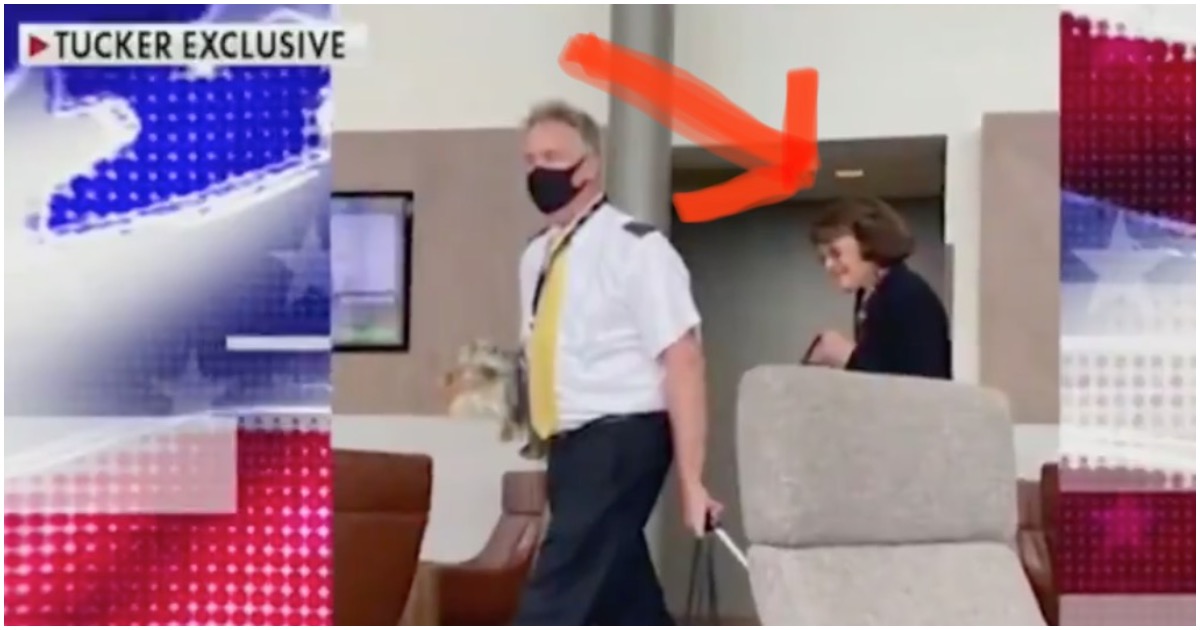 Tonight is the night, folks. A night all conservatives have been waiting for since late 2016. Donald Trump is set to debate 2020 Democrat presidential nominee, Joe Biden, live on stage. YEAHHHH BUDDDY!! You know there will be fireworks. Trump is a showman. What he’ll do is expose Biden’s hypocrisy on many issues, just like Tucker Carlson exposed Dianne Feinstein on Monday evening. From The Daily Wire: Fox News host Tucker Carlson aired photos on Monday night that allegedly show Sen. Dianne Feinstein (D-CA) not wearing a mask while at an airport, which Carlson claims came after she wrote a letter to the Federal Aviation Administration demanding that “all airport and airline employees and passengers” wear masks. LOOK: https://twitter.com/jasonrantz/status/1310743235967426560?ref_src=twsrc%5Etfw%7Ctwcamp%5Etweetembed%7Ctwterm%5E1310743235967426560%7Ctwgr%5Eshare_3&ref_url=https%3A%2F%2Fwww.dailywire.com%2Fnews%2Fwatch-tucker-carlson-shows-dianne-feinstein-not-wearing-mask-at-airport-after-she-wrote-letter-demanding-mandatory-mask-policy-at-airports Check this out, courtesy of Fox 6 Milwaukee: ORLANDO, Fla. – A New York mother with six children says she was asked to deplane from a JetBlue flight in Orlando because she couldn’t get her 2-year-old daughter to put on a face mask. “It was humiliating,” Chaya Bruck, of Brooklyn, told FOX 35 News. WATCH: https://twitter.com/fox35orlando/status/1296493345125138432?ref_src=twsrc%5Etfw%7Ctwcamp%5Etweetembed%7Ctwterm%5E1296493345125138432%7Ctwgr%5E&ref_url=https%3A%2F%2Ftherightscoop.com%2Fwatch-mom-and-six-kids-kicked-off-jetblue-flight-because-two-year-old-didnt-have-mask-whole-plane-emptied%2F VIDEO: https://www.youtube.com/watch?v=0QjElNL3b8I&feature=emb_title WATCH: https://twitter.com/hollybnews/status/1296467907292037120?ref_src=twsrc%5Etfw%7Ctwcamp%5Etweetembed%7Ctwterm%5E1296467907292037120%7Ctwgr%5E&ref_url=https%3A%2F%2Ftherightscoop.com%2Fwatch-mom-and-six-kids-kicked-off-jetblue-flight-because-two-year-old-didnt-have-mask-whole-plane-emptied%2F VIDEO: https://twitter.com/YidNetwork/status/1296162354649010176?ref_src=twsrc%5Etfw%7Ctwcamp%5Etweetembed%7Ctwterm%5E1296162354649010176%7Ctwgr%5E&ref_url=https%3A%2F%2Ftherightscoop.com%2Fwatch-mom-and-six-kids-kicked-off-jetblue-flight-because-two-year-old-didnt-have-mask-whole-plane-emptied%2F H/T: Right Scoop