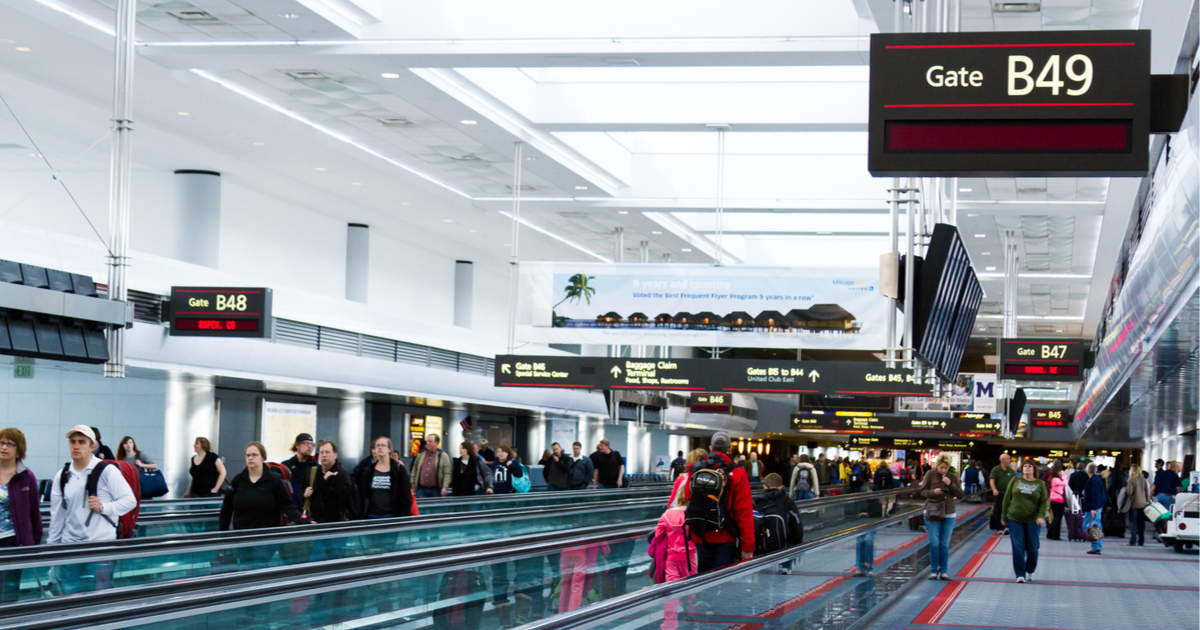 While Amazon and YouTube are seemingly at war with conspiracy theorists as of late, demonetizing their platforms by the dozens, the Denver Airport has taken a more hilarious approach.

For the uninitiated, the Denver Airport is extremely weird.

Can we talk about this mural at the Denver airport? pic.twitter.com/jEG6Kv0qg3

This is a MASSIVE mural in the Denver airport. I guess it's to soothe people who are about to fly? http://t.co/NIE9aW4

This is a MASSIVE mural in the Denver airport. I guess it's to soothe people who are about to fly? http://t.co/NIE9aW4

And, for the record, th3 murals existed long before the legalization of marijuana in Colorado.

The murals themselves are but a tiny fraction of the strange, conspiratorial history of the land, with rumors of underground military installation, secret UFO technology, and even reptilian shapeshifter inhabiting the the land deep below.

Now, in an unquestionably weird move, the Denver Airport itself is making light of these long-persisting rumors by trolling conspiratorial passengers with a talking gargoyle statue.

The statue barks bizarre phrases back to passengers, all themed around the idea that something sinister lies below the tarmac, high in the Rockies.

Oh, and if you thought that the gargoyle was the creepiest thing at the Denver Airport, you’d be dead wrong.

Why doesn't anyone talk about the 32 ft. tall demonic horse at the Denver airport? pic.twitter.com/YyEZpi5ipf