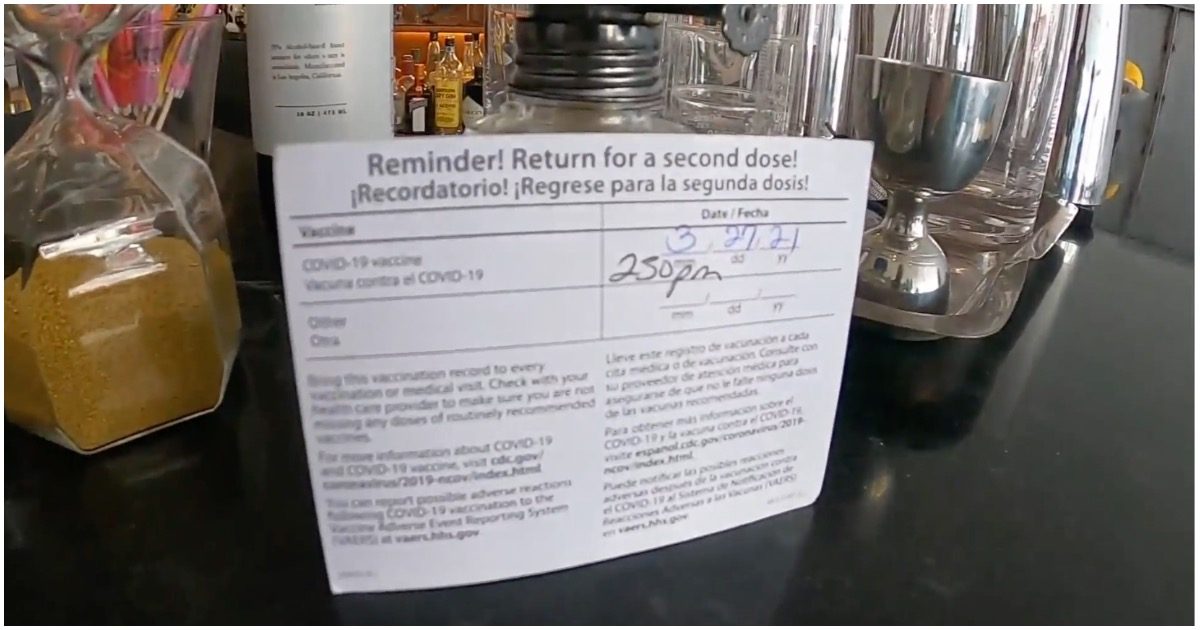 There were some very real fears at the beginning of the COVID-19 pandemic that our governments, both large and small, would find ways to exploit the tragic crisis for their own nefarious purposes.

Some believed that we would never leave lockdown, and that our economy would be diverted into a system of government stimulus pumping up delivery-heavy corporations, all of whom would then lobby the powers that be to keep this closed-loop system alive.

Others feared that, upon the arrival of a vaccine, that we would either be forced to receive the inoculation, (crossing a line of personal sovereignty), or that those who chose to remain unvaccinated would find themselves being treated like second-class citizens.

The latter appears to be coming true in the Mile High City.

Bar Max in Denver is now open after being closed for much of the pandemic. Patrons can enjoy a cocktail inside only if they provide proof of vaccination. Owner Marshall Smith reopened the bar last Friday once he was fully vaccinated.

“We are not refusing service to anyone. We still have takeout options, we still have a patio, what we are saying is in order to sit down and enjoy a cocktail, we’re asking that you be vaccinated,” Smith said. “To be in a position where I don’t have to decide, ‘Am I risking someone getting sick and possibly dying in order to pay my bills?’ That’s a huge relief.”

Smith bought the bar in September of 2019 shortly before the pandemic started. Due to COVID-19, he’s had an 80% drop in revenue, but has sustained the business through takeout options, to-go cocktails, and zoom cocktail classes.

The owner had his reasons.

“I have elderly parents who also have health concerns. I have a brother for whom I’m the caretaker for. I also have other underlying health conditions, so for me once I got to February, I was no longer willing to risk getting COVID because I made it that far,” Smith said. “Folks who have literally gone nowhere in the past year, folks who are immunocompromised, frontline workers in healthcare, educators who have been most exposed and impacted, they have come specifically and said to me, ‘This is the first time we have felt safe coming out in more than a year, and we appreciate you doing it.’ The folks who have had negative reactions haven’t been to the bar before, and it seems other bars might be a better option for them.”

Vaccine passports have been bandied about as a possibility in some major cities in the US as well, with The Big Apple being one of the most prominent locales to suggest such discriminatory tactics.