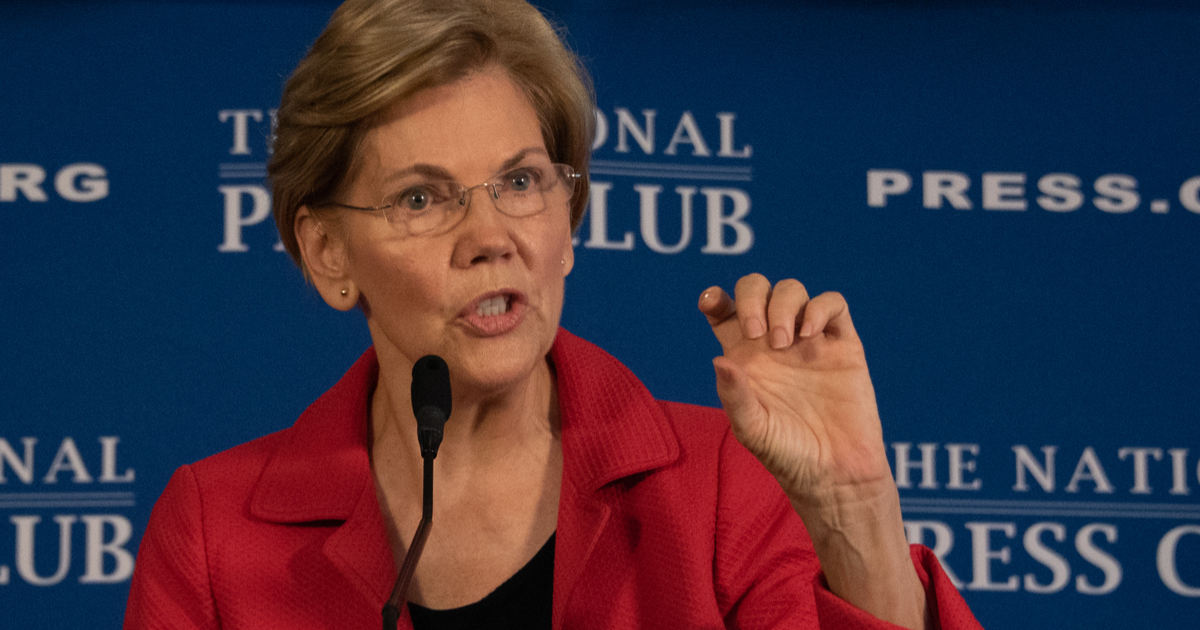 There are two ways in which the liberal left are weaponing diversity in 2018, and Elizabeth Warren is guilty of both of them.

You see, the left not only tells us that we should treat people “equally”, but they expect those of us with even the slightest bit of interesting ethnic history to be exalted in return for the oppressions of the past.  (Having their cake and eating it too, in a nutshell).

For the democrats, their bread and butter lies within the realm of diversity – a phrase that they have clung to as if their very political lives depended on it.  But, in all honesty, what is diversity other than a re-engineering of conservative concepts found within the Constitution itself?

“All men are created equal” – and by “men”, they meant everybody.

So why even jump on the “diversity” bandwagon when you can jump on the “Constitutional equality” bandwagon?  Because the left is a sucker for a semantic skirmish.  They think that by galvanizing their voters under the banner of “diversity”, that they are somehow proffering a new and progressive way of looking at America.  Unfortunately for their marketing department, they are simply repackaging the patriotic realities we’ve inherited from our founders.

This is where Elizabeth Warren’s claims of Native American heritage becomes so troubling.

Not only has Warren consistently insinuated that her family were victims of discrimination on account of that heritage, but she has also decried the President as a racist for refuting her claims.  When DNA test results showed only minuscule genetic information indicating the possibility of Native American precursors in her genome, the egg on Warren’s face became uncomfortably apparent.

Now, an avowed descendant of famous Native American Pocahontas is taking Warren to the metaphorical woodshed over the inexcusable guilt-tripping perpetrated by the democratic senator.

Porreco, who claims to be able to trace her lineage to historical figure Pocahontas, told Fox News that she believes her fellow Native Americans feel “betrayed” by Warren’s use of their heritage and culture as a platform for her political ambitions. “I think they feel betrayed, they feel disappointed, and at this point she needs to come back and apologize to everybody for what she’s done,” she said.

Warren’s DNA test was, by nature, unable to back up her claims of Cherokee heritage.

Detecting DNA for Native Americans is particularly tricky because there is an absence of Native American DNA available for comparison. This is in part because Native American leaders have asked tribal members not to participate in genetic databases.

“The tribes have felt they have been exploited,” explained Lawrence Brody, a senior investigator with the Medical Genomics and Metabolic Genetics Branch at the National Institutes of Health. “The amount of genetic data that is available from Native Americans is sparse.”

To make up for the dearth of Native American DNA, Bustamante used samples from Mexico, Peru, and Colombia to stand in for Native American. That’s because scientists believe that the groups Americans refer to as Native American came to this land via the Bering Strait about 12,000 years ago and settled in what’s now America but also migrated further south. His report explained that the use of reference populations whose genetic material has been fully sequenced was designed “for maximal accuracy.”

This may not bode well for Warren as she considers the possibility of a presidential run in 2020.

Chicago Teen Posts an Image of a Toy Gun on Social Media. Overreaction or Justified Response? You Decide.