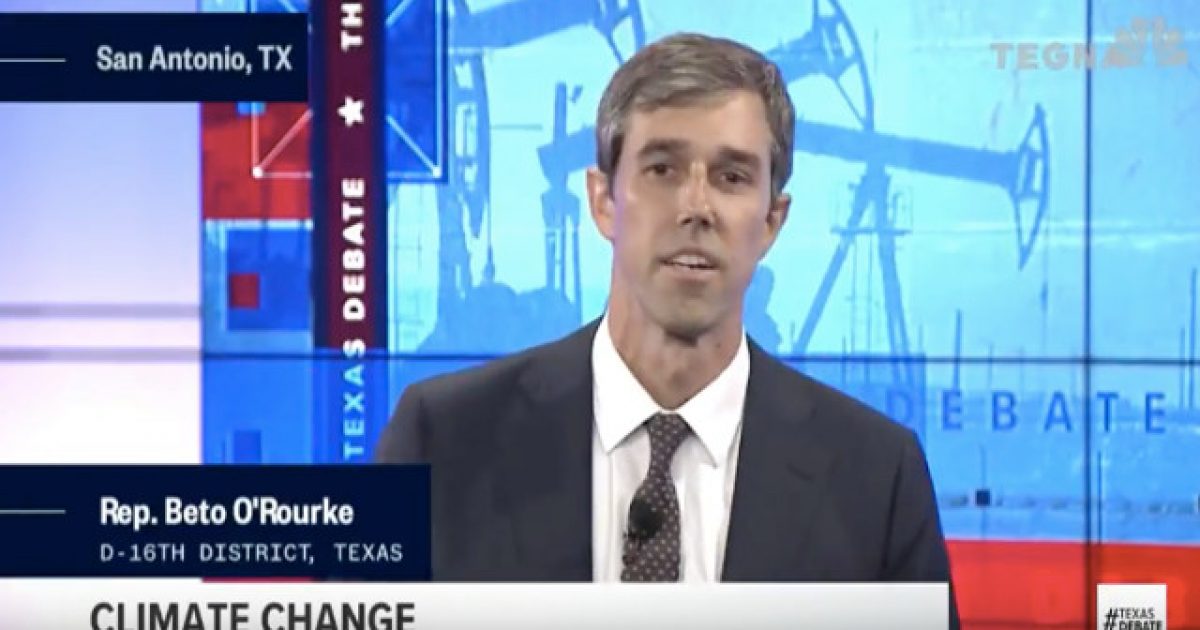 Congressman Beto O’Rourke, challenger in a race for Ted Cruz’s senate seat, decided to try and channel the spirit of President Trump during his debate with Cruz as a means of hopefully connecting to voters and closing the gap between himself and the current sitting senator.

O’Rourke called Cruz “Lyin’ Ted” during the debate, the nickname Trump gave him during the 2016 presidential election, which came off reeking of desperation.

O’Rourke, who has his own problems telling the truth, stated, “Senator Cruz is not going to be honest with you. He’s going to make up positions and votes that I’ve never held or that I’ve never taken. It’s why the president called him ‘Lyin’ Ted’ and it’s why the nickname stuck. Because it’s true.”

Even the left-leaning Washington Post admitted O’Rourke was looking for a way out of the corner Cruz has painted him in. The Post wrote, “Seeking to discredit criticism of his record, O’Rourke repurposed the barb against Trump’s former GOP presidential primary rival.”

Some examples of O’Rourke’s flights of fancy: the Post itself gave O’Rourke “Four Pinocchios” for his claim that he did not try to leave the scene of an accident in 1998 when he was driving drunk.

O’Rourke tried to engender empathy from an audience in Lubbock, Texas, claiming, “”I grew up in El Paso where no U.S. Senator ever opened an office. We were the sixth largest city in the state. We went effectively unrepresented, unheard, unserved, in that community and I think a lot of people in Lubbock know the feeling.” But Sen. Phil Gramm had an office in El Paso for many years, according to state Representative Matthew Schaefer of Tyler.

"Senator Cruz is not going to be honest with you," says Beto O'Rourke "It's why the president called him Lyin' Ted, and it's why the nickname stuck." #TexasDebatehttps://t.co/zx11ahFiDT pic.twitter.com/UrneUP0TTr

At the end of the day, this sort of tactic is not at all going to win over the kind of voters O’Rourke is hoping for, which would be Trump supporters. These folks would rather have Cruz, who they know has a tried and true record of upholding the Constitution than to trust someone like Beto, who himself has a spotty reputation for truth telling.

Cruz still has a rather significant lead over O’Rourke, but we’ll have to wait and see if that continues to carry on through the election in November.