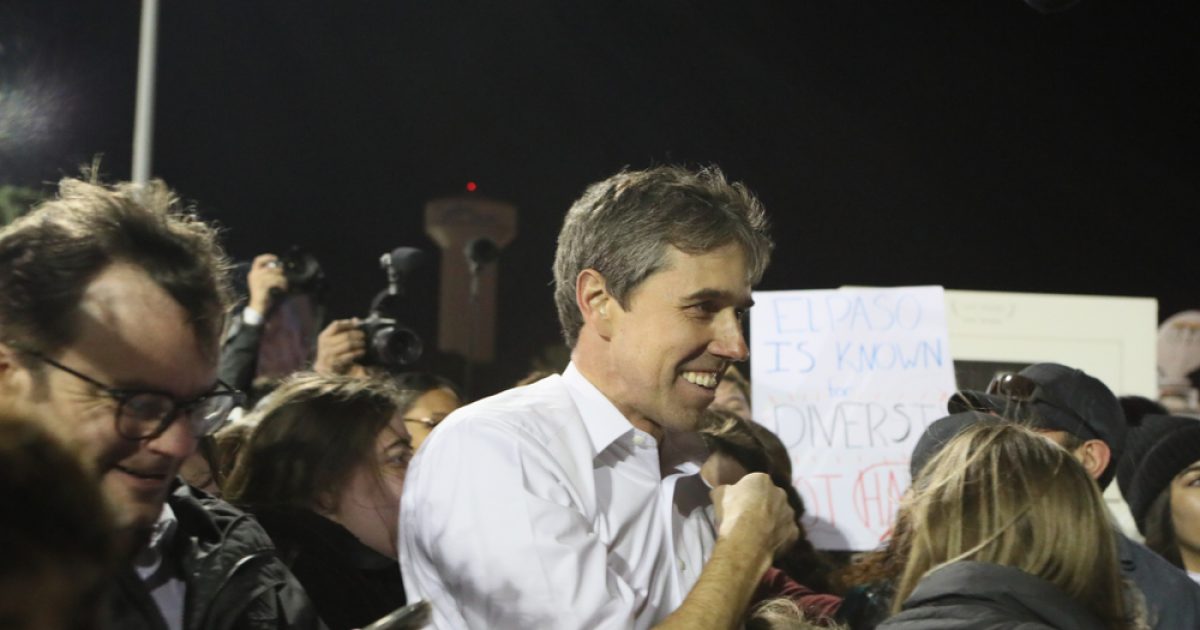 The democrats have a serious problem on their hands for 2020, and the antics of Robert Francis O’Rourke isn’t helping.

With still plenty of time for the field to expand, the left is already sending forth sixteen candidates for President in 2020.  This does not include Joe Biden, who is almost certainly running, even having to correct himself for saying so in a stump speech.

This dilution of ideals will almost certainly be disastrous for the democrats, who’ve already eroded the American people’s trust in them after the deplorable behavior of Hillary Clinton in the 2016 contest.

Worse still for the left is the fact that their de facto “frontrunner” was just out-fundraised by a newcomer with a penchant for mysticism and “destiny”.

Beto O’Rourke raised $6.1 million in his first 24 hours as a presidential candidate, according to his campaign, surpassing Bernie Sanders and every other 2020 Democrat who has disclosed their figures.

O’Rourke’s campaign announced Monday that he had taken in $6,136,763 in online contributions in the day after declaring his candidacy Thursday morning.

“Beto” was quick to chime in on the accomplishment.

“In just 24 hours, Americans across this country came together to prove that it is possible to run a true grassroots campaign for president — a campaign by all of us, for all of us, that answers not to the PACs, corporations, and special interests but to the people,” O’Rourke, who has sworn off PAC donations of any kind, said in a statement.

O’Rourke’s first foray into the mainstream of presidential politics was through an article in Vanity Fair last week in which the candidate candidly spoke about the “destiny” that he felt in running for President; something that he seemed to say he was “born to do”.

Deadly Distractions: Laying the Groundwork for the Next Civil War
January 23rd, 2020 Sons of Liberty Media