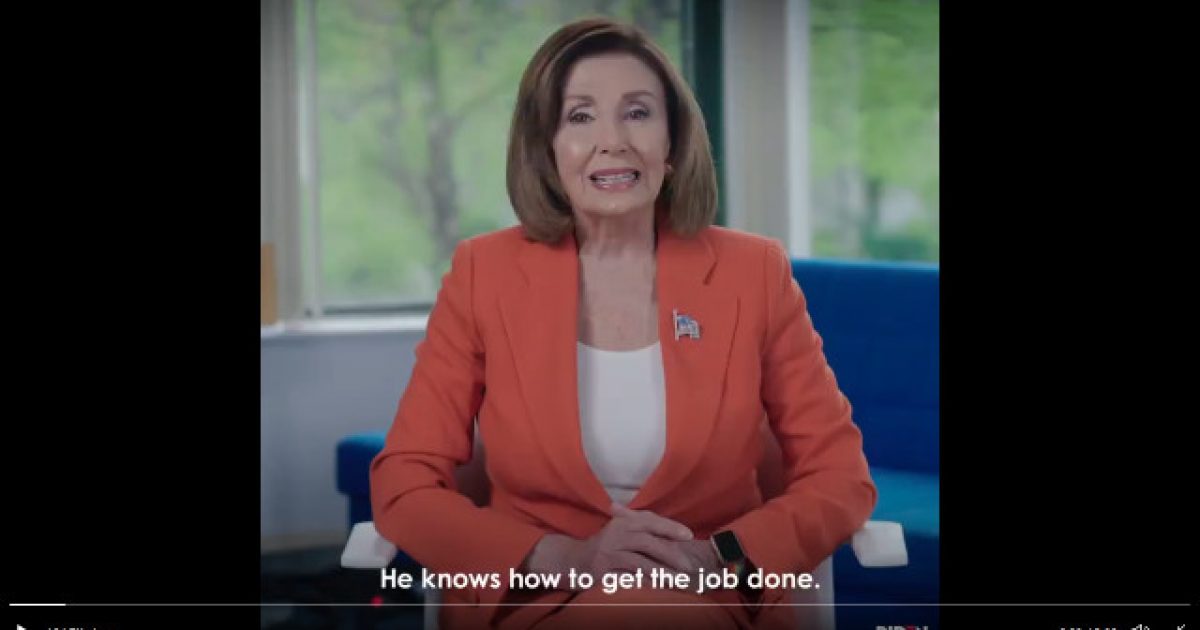 Speaker of the House Nancy Pelosi as officially come out and tossed her support behind former Vice President Joe Biden in the 2020 presidential election, becoming yet another big-shot Democrat to back him despite ongoing claims of sexual assault. Guess that whole #MeToo movement stuff they badgered Kavanaugh with is only for those who are on board with the progressive program to attack conservatives.

Pelosi posted a video online saying, “I’m proud to endorse Joe Biden for president of the United States because he will be an extraordinary president. He knows how to get the job done.”

No mention whatsoever of the current allegations against him by a former aide who claims that Biden penetrated her with his fingers back in the 1990s. Rest assured if this was about a Republican, you’d never hear the end of the calls for further investigations to be conducted.

.@JoeBiden has fought for our health care, for our families & for our children’s future.

To his work, Joe brings values & integrity. He is a voice of reason & resilience who will fight #ForThePeople. Today, I am proud to endorse him for President of the United States. -NP pic.twitter.com/Qdc9vTgWHP

“Joe Biden brings values and integrity to work every day, because he never forgets his roots,” Pelosi said. “Now more than ever we need a forward-looking, battle-tested leader who will fight for the people.”

When Pelosi was asked for a comment from Fox News on her lack of addressing the sexual assault claims against Biden, her office pointed to an interview conducted on April 17 in which Pelosi noted she was totally satisfied with the former vice president’s denial of the accusations.

“Yes, I am. I am very much involved in this issue. I always want to give the opportunity that women deserve to be heard. I am satisfied with his answer, yes,” Pelosi said.

This is typical hypocrisy from the left. They pretend to be all about listening to women and sticking up for the victims in cases of sexual assault and abuse, but they only do that when it’s politically expedient for them to do so.

You’d think actions such as this would wake up Democrats, but it’s not. They are so blinded by their hatred for President Trump they will ignore potential crimes like this in favor of beating him and ensuring he doesn’t have a second term.