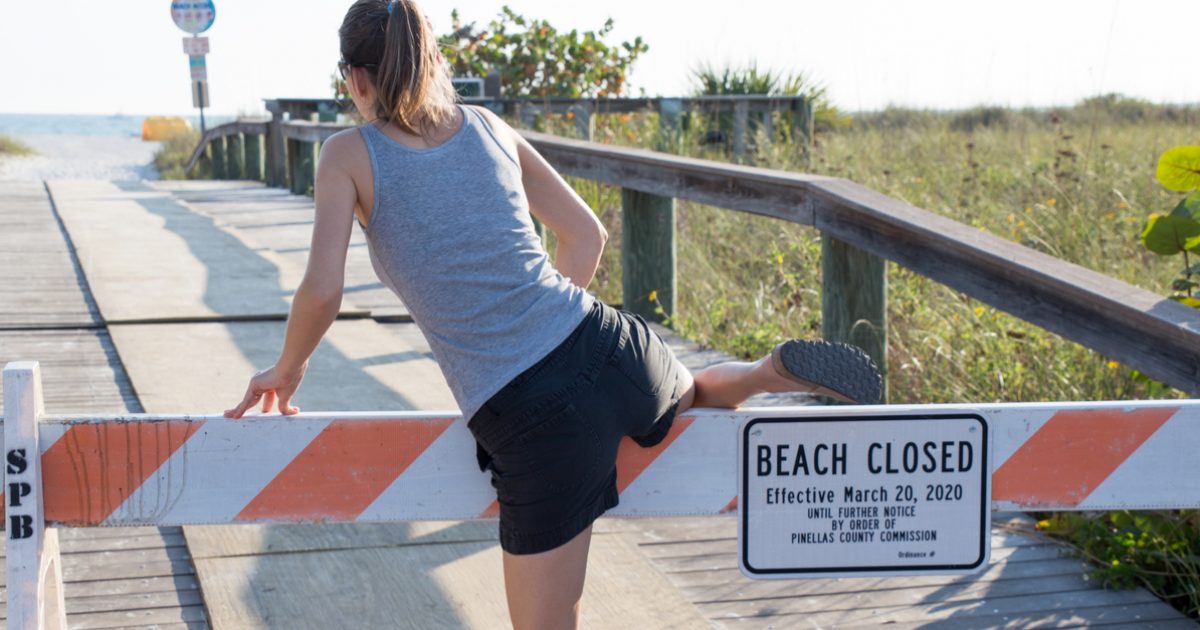 While we may be nearing the end, or at least the beginning of the end of the coronavirus pandemic, there are still some pockets of the nation where trouble remains high.  Michigan just happens to be one of those places.

This, despite the draconian lockdowns imposed by controversial Governor Gretchen Whitmer, who has been the target of a number of harsh criticisms over her handling of the pandemic.

Now, in what some seem to believe could be a brazen flouting of their own advice, one top health official in the state has jetted off to a popular spring break destination while Michigan itself remains under a travel advisory.

Michigan Department of Health and Human Services Director Elizabeth Hertel was in Gulf Shores, Ala., according to the Michigan Information & Research Service. Gulf Shores is a popular resort destination along the Gulf of Mexico.

A DHHS spokesperson told Fox News the agency does not “discuss the director’s personal schedule.”

The locals were not amused.

“The sheer brazenness of Gov. Whitmer and her staff is truly something else,” Michigan GOP spokesman Ted Goodman told Fox News.

“The fact that our Governor and her top staff think it’s appropriate to travel out of state on vacation as Michigan faces the worst COVID numbers of any state in the country just reveals the arrogance and condescending nature of this administration. Whitmer’s position on the draconian lockdown orders is simple — rules for thee, but not for me.”

This isn’t the first time that Michigan officials have been caught ignoring their own advice, with Governor Whitmer’s own COO vacationing in Florida earlier this month.