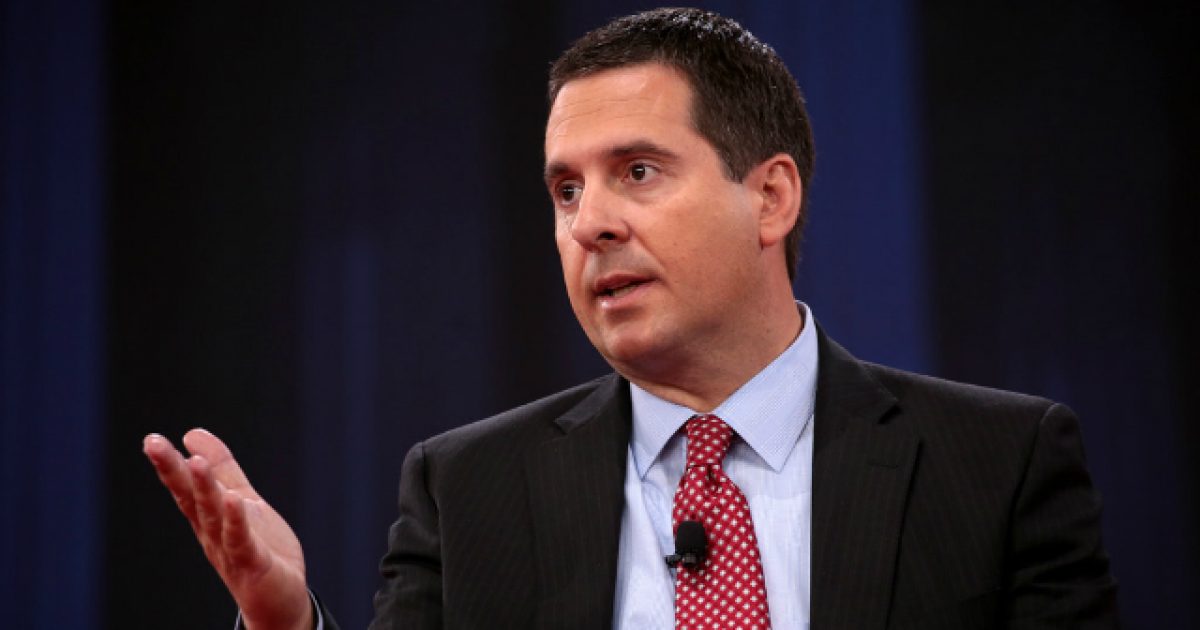 For the last several years we’ve been hearing the term “deep state” from folks in the Trump administration as well as from conservative pundits and news organizations in reference to a secret, shadowy group of leftist individuals within the government working against President Trump and his agenda for our country.

Some folks have claimed this is all just a tinfoil hat kind of conspiracy theory, but if what Rep. Devin Nunes says is true, then not only is this network of resistance defectors real, it’s far worse than we could have imagined.

Here’s more on this story from The Washington Examiner:

California Rep. Devin Nunes, the ranking member on the House Intelligence Committee, spoke to Fox News host Sean Hannity on Wednesday about his efforts to raise awareness of bureaucracy within the federal government believed to be undermining President Trump.

“One thing that I tell the American people every time that I speak and I go out on the road and I talk to people is that, remember, the deep state here is much worse than even I thought it ever was,” Nunes said in an interview along with Rep. Jim Jordan, an Ohio Republican, to talk about efforts to renew and reform parts of the Foreign Intelligence Surveillance Act.

Trump’s distrust of people inside the White House and the federal government has intensified since his impeachment and acquittal, and he believes his government is filled with “snakes” he wants to be fired and replaced. Steps are already being taken to weed them out.

A network of conservative activists led by Ginni Thomas, the wife of Supreme Court Justice Clarence Thomas, is helping compile detailed memos of disloyal government officials they want to be fired, while also finding Trump loyalists to replace them, according to Axios.

According to Nunes, the deep state has already chosen who they hope to see facing off against Trump this year in the election and it’s none other than current front runner Sen. Bernie Sanders.

Trump stands a very good chance of defeating Sanders, but with the deep state working against him, who knows what kind of awful tricks they might attempt to pull in order to sway the election in Sanders’ favor.

If Bernie were to be president and implement even just a handful of his policies, it would mean the end of the United States as we know it. Not to mention the fact it would wreck our economy beyond repair.

But this doesn’t seem to be much of a concern to the deep state. The only thing that matters to them is getting rid of Trump, because they clearly hate the man more than they love their country.

ICYMI: Omar Married Her Brother to Get Him ‘Papers’ Needed for School In U.S., Friend Says