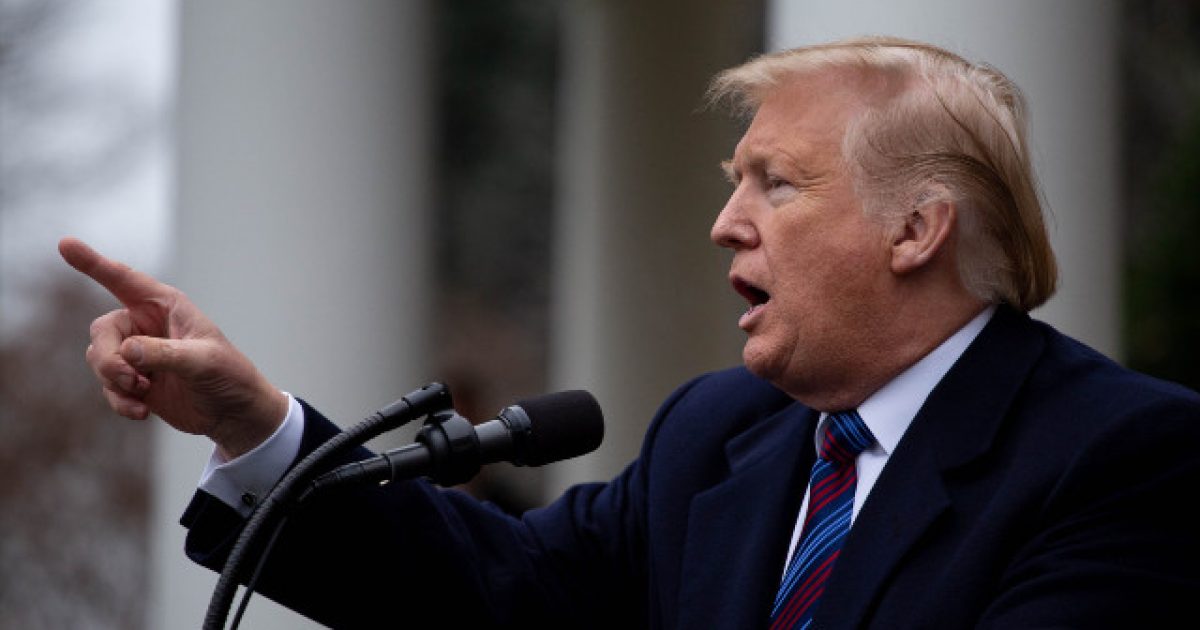 Over the course of the last several weeks, there has been a wild new theory circulating among the MAGA faithful, and the Biden administration’s DOJ is none too happy about it.

The idea first came to us from Sidney Powell – a pro-Trump lawyer who once represented Michael Flynn – who declared that Donald Trump could be “simply reinstated” to the presidency, without providing any sort of evidence as to how the Constitution would allow for this.

Then, just days later, there were rumors that Trump himself had been pontificating on the idea with his close acquaintances.

And, just days ago, MyPillow CEO Mike Lindell suggested that this “reinstatement” could come as early as August 13th of this year.

That has the DHS sounding the alarm.

And last month, the Department of Homeland Security issued a warning that Trump’s “reinstatement” fantasies could lead to more violence this summer from right-wing extremists.

Trump’s language made it more difficult for some of his supporters to argue that they could safely be released from jail before trial.

The issue came up during a recent Capitol riot hearing.

Federal prosecutors brought up Trump’s rhetoric this week in one of the US Capitol riot cases.
The rioter, Marine Corps veteran Alex Harkrider, asked a judge to discontinue his GPS tracking and remove his ankle monitor. The Justice Department opposes this request, saying Trump’s rhetoric could inspire Harkrider to become violent in the future. Harkrider has pleaded not guilty.

“Former President Trump continues to make false claims about the election, insinuate that he may be reinstalled in the near future as President without another election, and minimize the violent attack on the Capitol,” prosecutors wrote in the filing. “Television networks continue to carry and report on those claims, with some actually giving credence to the false reporting.”

Prosecutors continued, linking Trump’s rhetoric to the Capitol rioter’s case: “The defendant in this case is not a good candidate to be out in the community without electronic monitoring to ensure the safety of the community and the safety of democracy in the current environment.”

Those who subscribe to the Trump “reinstatement” theory will likely brush this criticism aside, however, blaming the sour attitude on the mainstream media’s well-documented hatred for Donald Trump.
Facebook Twitter Gab
Related Topics:Featured
Up Next