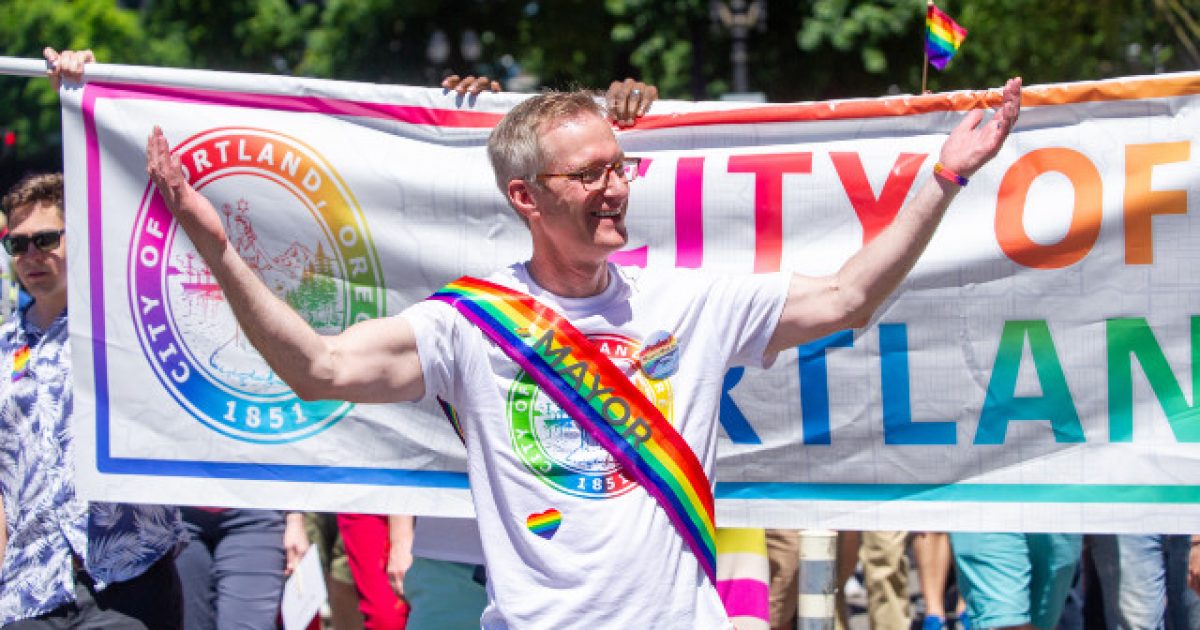 Acting Homeland Security Secretary Chad Wolf has issued a letter to failed, weak Portland Mayor Ted Wheeler, urging the Democrat to give a request for federal assistance after his city has suffered under violent riots for months now.

Wheeler has refused to do the right thing and place the safety of residents in his city above the need to look politically correct and stick to the anti-Trump narrative that the Democratic Party has made clear is the number one priority this year.

“I urge you to prioritize public safety and to request federal assistance to restore law and order in Portland,” Wolf wrote in the letter dated Aug. 31. “We are standing by to support Portland. At the same time, President Trump has made it abundantly clear that there will come a point when state and local officials fail to protect its citizens from violence, the federal government will have no choice but to protect our American citizens.”

According to DHS, as of July 31, local law enforcement has made 255 arrests and declared 23 riots and unlawful assemblies.

“Despite this,” Wolf told Wheeler, “you have stood by passively, arguing that the nightly violence ‘will ultimately burn itself out.’ The evidence demonstrates otherwise.”

Wheeler continues to ignore the offers of help from President Trump, being snarky about it in the process, allowing the chaos and violence to rip his city apart, only caring about defying the president and standing strong against him. It’s all about ensuring that there is material to be used against Trump before November, to make it somehow appear this violence is his fault.

What Wheeler and other liberals don’t seem to understand is that the rest of the world is seeing this obstinate behavior. They are seeing the unwillingness to put politics aside and do what’s best for the city. Come November, they won’t forget.

Wheeler wrote a letter to Trump that was dated August 28. Here are a few snippets of it.

“Dear President Trump: Yet again, you said you offered to aid Portland by sending in federal law enforcement to our city. On behalf of the City of Portland: No thanks,” Wheeler wrote.

“Portlanders are onto you,” Wheeler wrote. “We have already seen your reckless disregard for human life in your bumbling response to the COVID pandemic. And we know you’ve reached the conclusion that images of violence or vandalism are your only ticket to reelection.”

Again, this is putting politics above protecting the citizens of Portland. Yes, the folks who live in the city are definitely alert and awake to what’s going on here. However, Wheeler might just be surprised by how they respond come election time.