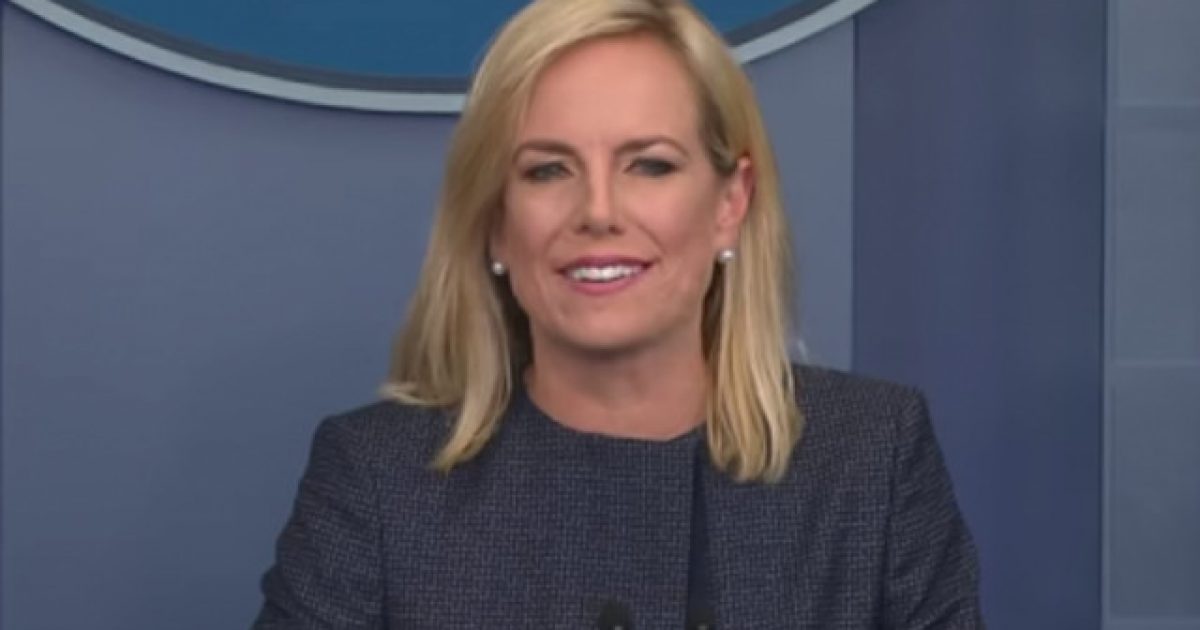 As President Trump contemplated a possible closing of our nations’ southern border, new reports indicate that the crisis is far worse than imagined.

For months, we have been reeling from reports of organized “caravans” of migrants making their way north, from Central America and through Mexico, in hopes of entering the United States.  While some men and women in these groups may find their way to a legal port of entry, that is certainly not always the case.

Those who choose to enter America through the more clandestine channels are taking a great risk, not only for themselves for those who travel with them.  This often includes a family with small or sick children, who are lured by cutthroat coyotes into making a dangerous, illegal crossing that often victimizes women and children in unspeakable ways.

Now, DHS Secretary Kirstjen Nielsen is speaking out on the issue, and warning Americans about the severity of the recent border crossing surge.

“We are bringing all of the agencies together; we’re asking everybody to chip in,” Nielsen said on “Tucker Carlson Tonight.”

“Why wouldn’t we put the U.S. military along our border if it’s really a crisis of that magnitude?” Carlson asked Secretary Nielsen.

Nielsen’s answer may surprise you.

“I think we’re looking into that. We’ve made the request. I’m in constant contact with the acting secretary of defense. I talked to some of the combatant commanders today. We are in fact pushing more and more military resources to the border,” Nielsen said.

President Trump’s potential border closure would make an enormous impact on the national economy, however, with Trump and his detractors now agreeing that such a move could have dire consequences.