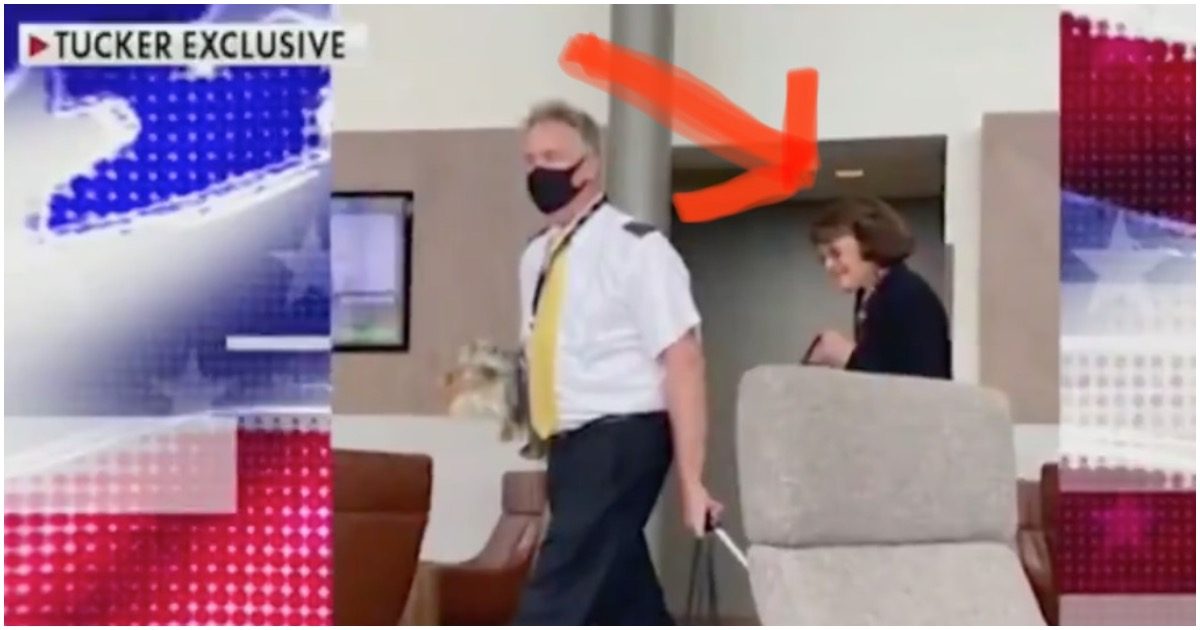 Tonight is the night, folks. A night all conservatives have been waiting for since late 2016. Donald Trump is set to debate 2020 Democrat presidential nominee, Joe Biden, live on stage.

YEAHHHH BUDDDY!! You know there will be fireworks. Trump is a showman.

What he’ll do is expose Biden’s hypocrisy on many issues, just like Tucker Carlson exposed Dianne Feinstein on Monday evening.

Fox News host Tucker Carlson aired photos on Monday night that allegedly show Sen. Dianne Feinstein (D-CA) not wearing a mask while at an airport, which Carlson claims came after she wrote a letter to the Federal Aviation Administration demanding that “all airport and airline employees and passengers” wear masks.

Tucker Carlson showed photos of Democrat Senator Dianne Feinstein in an airport not wearing a mask after she wrote a letter to the FAA calling for a mandatory mask policy on airlines. Do as they say, not as they do. pic.twitter.com/TMYTliv93Z

Check this out, courtesy of Fox 6 Milwaukee:

ORLANDO, Fla. – A New York mother with six children says she was asked to deplane from a JetBlue flight in Orlando because she couldn’t get her 2-year-old daughter to put on a face mask.

“It was humiliating,” Chaya Bruck, of Brooklyn, told FOX 35 News.

‘YOU HAVE TRAUMATIZED MY CHILDREN’: A mother with six children says she was forced off a JetBlue flight in Orlando because she couldn’t get her 2-year-old daughter to put on a face mask.

This mom from New York says she and all 6 of her children got kicked off of their @JetBlue flight Wednesday because her youngest, this 2.5 year old, wouldn’t keep her mask on @fox35orlando pic.twitter.com/VFUQ7yVZcW

Outrageous: A Jewish family was escorted off a @JetBlue flight just because the 2-year-old baby was not wearing a face mask while on board.@ChaskelBennett @YossiGestetner pic.twitter.com/aJWcpmUH64