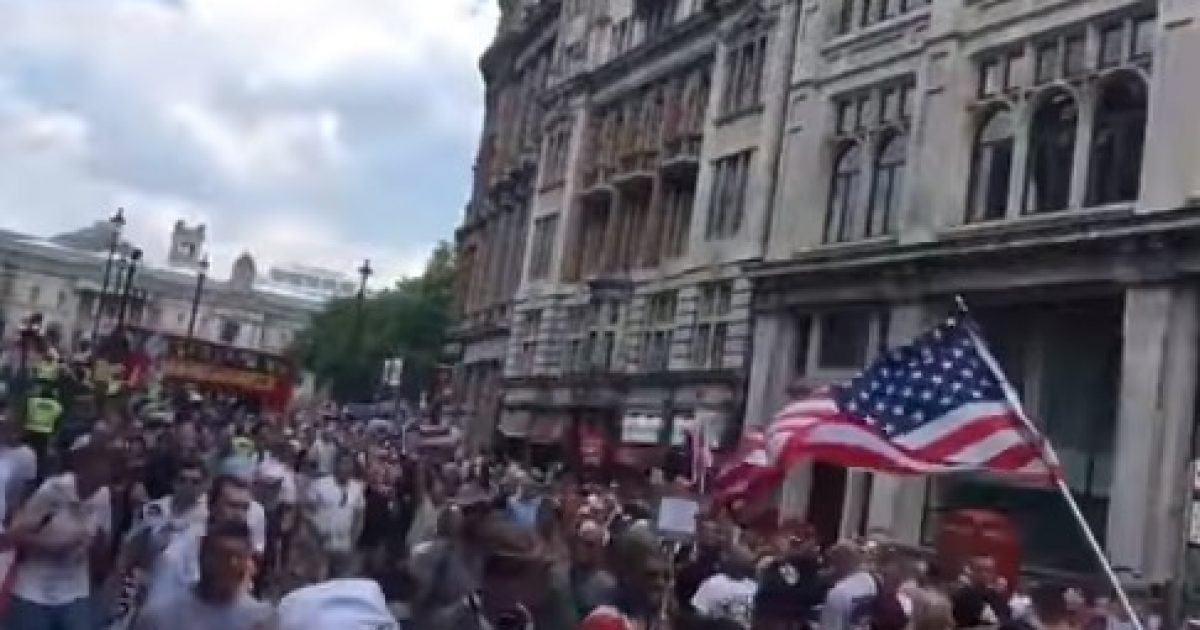 The Trump diplomat was the ambassador for international religious freedom, Sam Brownback.

Tommy Robinson advocates are claiming that a Trump diplomat lobbied for the imprisoned activist journalist who was thrown in jail the same day he was arrested.

Tommy Robinson has a lot of supporters as was demonstrated by this combined pro-Robinson, pro-Trump rally.

What is scary is the media pretending that objecting to a man scooped into prison for nothing more than speaking is a specifically right-wing opinion.

A US diplomat complained to the British ambassador about the jailing of right-wing activist Tommy Robinson,

During the meeting in Washington DC in June, Mr Brownback even warned Sir Kim Darroch that the Trump administration might publicly criticise the UK’s handling of the case.

The US attempt to lobby […] was described as a “disgrace” by anti-racism group Hope not Hate.

“Maybe we shouldn’t be surprised given Trump’s racist rants this week but this move should shame the White House,” the group tweeted.

Reuters’ report inserted it ludicrous presupposition that believing in religious freedom means being OK with jailing a critic of that religion. Sadly, they also indicate the whole thing might not have happened. They report, “Trump’s ambassador lobbied Britain on behalf of jailed right-wing activist Tommy Robinson.”

Brownback raised the jailing of Robinson during a meeting with Darroch that covered a range of “religious freedom issues”, the British official confirmed earlier this week.

Brownback told Darroch that if Britain did not treat Robinson more sympathetically, the Trump administration might be compelled to criticize Britain’s handling of the case, according to the two sources in contact with organizers of the planned pro-Robinson demonstration.

The sources said Robinson’s supporters, who have also been in touch with the Trump administration about the issue, were concerned that he could be attacked by other prisoners.

Reuters was unable to determine why the top U.S. official responsible for defending religious freedom would try to intervene with the British government on behalf of an activist who has expressed ant-Islamic views.

Brownback, who is a former governor of Kansas and former U.S. senator, was not available for comment. However, on Thursday a U.S. State Department spokesman said the “characterizations” of Brownback’s meeting with Darroch by Reuters sources were “completely false” but the spokesman did not elaborate further.

The British Embassy had no comment on further details of the discussion.

WATCH: Founder of Papa John’s Speaks Out, Tells His Side of the Story and it Isn’t Pretty