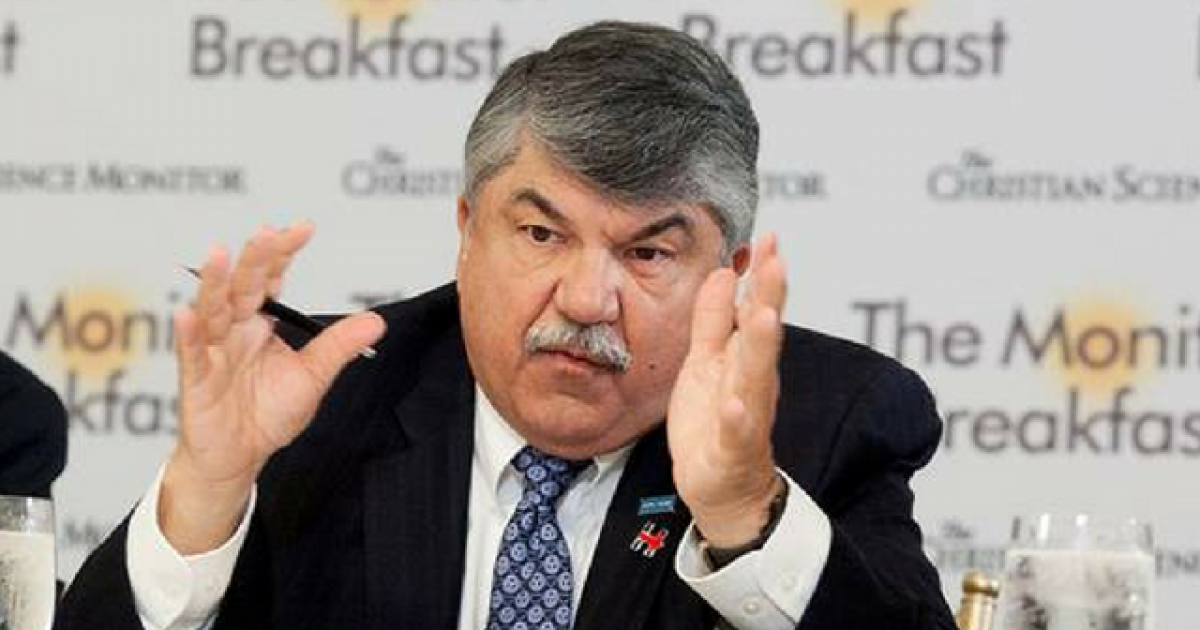 While Hillary Clinton will forever refuse to admit it to herself, one of her (many) fatal flaws in her ill-fated 2016 bid for the presidency was that she took the blue-collar vote for granted.

She didn’t even bother to visit states like Michigan or Wisconsin, states that Trump would, to everyone’s shock, go on to win.

With Trump’s shock win. Democrats were smacked upside the head with the cruel reality that many of their constituents care more about putting food on the table, being able to afford health care, and job security than they do about intersectional politics.

While most assumed that the powerful union-industrial-complex was still deep blue, however, it appears that may be changing too, if the admission from the most powerful union boss in the nation is any indication.

Democrats need to get their act together fast, or their entire base might start jumping ship as well.

Pressed as to how serious he was about the AFL-CIO considering not endorsing the Democratic nominee for president for the first time since 1972, Trumka insisted “we will consider every candidate who’s running in 2020.”

Recalling the last presidential race, the union chief pointed out that “Trump got 3 percent more of our members than [Republican nominee Mitt] Romney did in 2012, but Hillary Clinton, unfortunately for her, got 10 percent less of our members than Obama did in 2012. And some didn’t vote for President or some voted third party.”

Trump gained among union members, Trumka felt, “because people were mad. They were looking for someone who was going to change the economy. They felt there were assaults on their health care and assaults on their pensions. People were looking for someone who will shake up the status quo, because the economy wasn’t working for them. Their wages were flattened and they found that candidate in Donald Trump.”

Trumka also said that while he has serious issues with what he perceives as Trump’s failure to follow through on most of  his promises to the American worker, he is also a big fan of  his trade dealings, adding that the President “is going in the right direction on trade and [the AFL-CIO] totally supports a rewrite of NAFTA.”

This is very, very bad news for Democrats who have long relied on the support of powerful unions like the AFL-CIO. It also gives quite a bit of weight to what many on the right have been saying all along about the Democrats and their globalist counterparts abroad, that the modern progressive agenda seems almost designed to put the American worker and American industry at a disadvantage.

At the end of the day, the most universal language is money, and voters will look to the candidate they believe can help them earn, and keep, their own. And if Trumka’s feelings are mirrored in other powerful unions across the US, the Dems must be shaking in their boots.

Undocumented Immigrants Pretend to Be Father and Daughter at Southern Border