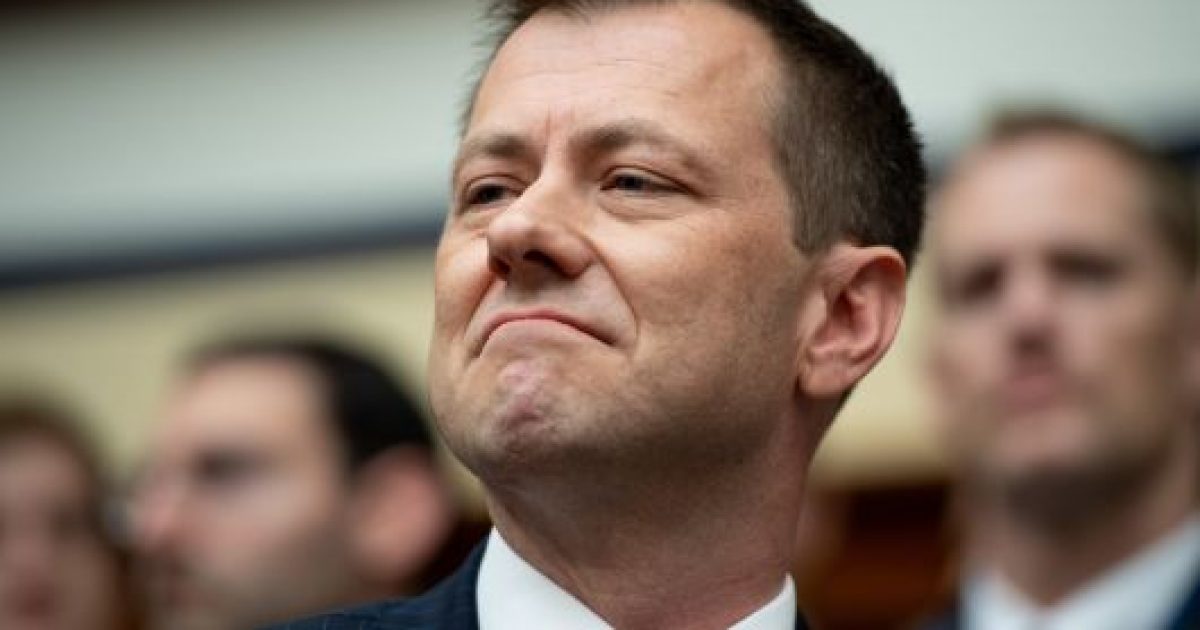 Former FBI Agent Peter Strzok, a flaming anti-Trumper who sent malicious texts vowing to stop Trump from becoming president to his mistress, was fired by the FBI yesterday, but it seems unemployment is a very lucrative endeavor.

Strzok started a GoFundMe campaign yesterday and has already raised more money than the average American sees in a year’s worth of work. How much exactly? Try somewhere in the ballpark of $250,000. In a single day.

A group calling itself “Friends Of Special Agent Peter Strzok,” launched a GoFundMe page on Monday, seeking $150,000 to be “put into a trust dedicated to covering Pete’s hefty – and growing – legal costs and his lost income.”

“Peter Strzok, a man who has spent his entire life working to help keep us and our nation safe, has been fired,” says a message on the GoFundMe page. “He needs your help.”

Many of the donations came in as “anonymous,” and the page creators note that “Any aggregate donation of $390 or more will be publicly disclosed.”

The page says Strzok has “been the target of highly politicized attacks, including frequent slanderous statements from President Trump, who actively – and apparently successfully – pressured FBI officials to fire Pete.”

“Unlike those who typically become the focus of partisan investigations in Washington, Pete is not politically connected, he’s not a wealthy lobbyist and he’s not interested in using his notoriety for personal gain. Because of this, he doesn’t have deep pockets that allow him to pay for the significant legal bills he has incurred to defend himself and the FBI against these political attacks, or to easily cover the expenses incurred by his lost income,” says the page.

Pretty sure that while good ole Pete wasn’t raking in millions over at the Bureau, he wasn’t exactly living paycheck to paycheck either.

This is how dedicated the left is to seeing President Trump destroyed during his time in office. Folks will literally flush their morals straight down the crapper in order to make sure that individuals like Strzok, no matter how immoral they are, are supported and backed up, simply because they share a common enemy.

How far down the rabbit hole of hate does one have to be to sell their souls in such a manner?